Decoding Oral History at the Birmingham Holocaust Education Center: Connecting the Civil War to the Holocaust

In this post for our Summer for Historians series, Melissa Farah Young considers how her internship at Birmingham Holocaust Education Center inspired her to shift her focus from language of trauma in Civil War letters to Holocaust oral history, drawing fascinating parallels between the two fields.

When I began my PhD at the University of Alabama last fall, I was sure I would focus on Civil War research. For the past three years, I have explored gender and language in the diaries and letters of Union soldiers garrisoned in the South. I study the word choice, structure, context, and silences of these manuscripts, deconstructing soldiers’ language in order to gain some understanding of how they grappled with southern women and their own masculine identities. When I began my summer project at the Birmingham Holocaust Education Center (BHEC), I knew my work there would be different from my dissertation work, but I had no idea how much it would influence my topic and approach. 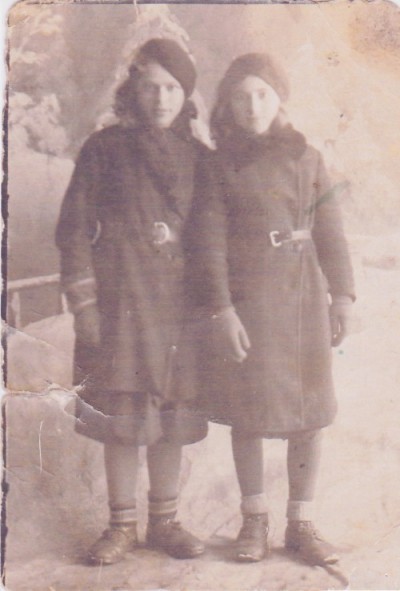 Nesselroth (on the right) with a friend before the war. Credit: Private collection of Rosalie Agrow (daughter of Dora Nesselroth).

Since I am pursuing a career in public history, I constantly seek out opportunities to intern in museums and archives. In February, I met Rebecca Dobrinski, the BHEC’s program director. She suggested a summer project that would enable me to contextualize the life of a survivor who could no longer speak publicly about his or her experiences. I was excited about the opportunity to work on something new, so I agreed that the center was a good fit for me and set a date to begin in May.

I started by watching several personal narratives the BHEC featured in public settings. I attended two testimonials in person and viewed several others that were collected on DVDs. Women who gave detailed descriptions of their work in slave labor camps impacted me the most. I was especially drawn to Dora Nesselroth because of her clerical work in the Hasag offices at Skarzysko-Kamienna. From 1942 to 1944, Nesselroth served as the primary bookkeeper of Werk B, where only three educated Jewish women were selected as clerical workers. Her overseer was Georg Hering, a cruel SS officer whom she described as a sadist.

In June, I spent much of my time gathering secondary sources and additional eyewitness accounts to contextualize Nesselroth’s narrative. I started with the transcriptions I had prepared from her oral history, which I began decoding the same way I deconstructed manuscripts. I quickly found many parallels. Unconsciously, Nesselroth and the soldiers both used words to express and construct meaning, especially that which was generated from trauma, concerned gender identity, or noted social responsibility. Like northern soldiers who wrote to process battles, camp life, and occupation, Nesselroth used spoken language to psychologically absorb the horrors she experienced as a young girl. Both subjects made meaning out of chaotic environments, and even though that meaning may have changed over the years, its initial impact is no less significant. Influenced by extreme events, gender constructions shifted slightly, but traditional ideals continued to motivate these individuals to perform as they believed “proper” men and women should.

For example, Nesselroth and Samuel Linton, a private in the 21st Ohio Infantry, shared a strong sense of civic duty and independence. Although their forms of expression varied, they discussed their concern for others and noted distressing events, reliving incidents as they recalled them. Linton noted the Battle of Stones River in his journal, describing wounds and death in gruesome detail. In other entries, he stated that he joined the Federal Army because he was dedicated to the Union and his regiment. He was motivated by egalitarian democracy, and if inadequate or arrogant officers challenged him or his comrades, his language turned hostile and violent. Although Nesselroth did not explicitly state that she was inspired by social or civic responsibility, she spoke about being injured during altercations with dogs and overseers when she was trying to protect coworkers. When asked by Jewish community leaders to lead two hundred girls to a munitions plant, she obeyed even though she was afraid she would not return. Like Linton, she recalled horrific events in detail, including the beatings she received and the vicious murders of relatives and fellow inmates. As an independent young girl, she snuck out of the ghetto for items her family had hidden, and when caught, she lied with confidence, claiming not to be Jewish.

I still have a soft spot for Union soldiers like Linton, but I have been especially marked by the power of Nesselroth’s life and testimony. I have decided to change the subject of my research and slightly alter my method, so I can concentrate upon the narratives of Jewish women who served as slave laborers in Poland during World War II. My awareness of perception, memory, and voice has changed, but my interest in words has not. Even though many scholars shy away from evidence that is based on memory, I have come to embrace it. I have learned that perception is key to discovering not only what people experience but how those experiences mark them. When read and contextualized correctly, a single person’s narrative, whether spoken or written, is an invaluable piece of historical evidence. 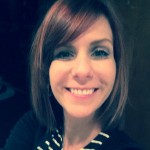 Melissa Young is a second-year PhD student at the University of Alabama. Her work focuses upon the deconstruction of language to examine gender production and performance. Recently, she co-curated an exhibit featuring Confederate imprints and has begun working with both recorded and live narratives of Holocaust survivors.