After Ten Years: Reflections of an Editor 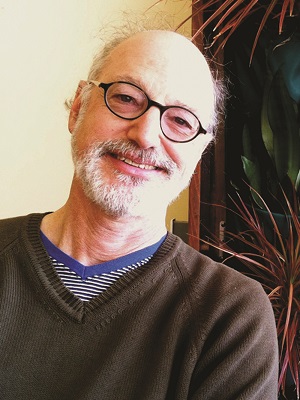 After 10 years as editor of the American Historical Review, one would think I'd have a lot to say about our discipline. And indeed I do. A great deal of material has crossed my desk; moreover, I have had the privilege to interact with a host of historians far and wide, as well as the leadership of the American Historical Association. But despite the temptation to pontificate here, I will exercise restraint and limit myself to noting briefly both the innovations and the changes to the journal that have been introduced under my watch, and some challenges and obstacles that remain.

Establishing a Relationship with a University Press. Perhaps the most significant change—indeed, a move that meant a departure from several generations of self-publishing—was establishing a relationship with a university press. After an initial three-year contract with the University of Chicago Press, Oxford University Press convinced us that it had the in-house technical and marketing capacity to ensure that we could maintain our standing in the world of scholarly journal publishing. Overall, we have been most satisfied with its support and service.

New Features of the Journal. The scholarly article—the classic "short form" of scholarship—has been, and always will be, the most important aspect of the journal (along, of course, with our extensive book review section). I believe, however, that we should vary the forms and genres of our publishing menu, in part simply to offer our readership a range of reading experiences, in part to take advantage of our unique position as a journal that can bring together in meaningful dialogue scholars from all fields and all periods. Accordingly, we have introduced a variety of new features:

In short, it is my sense that, without pandering or compromising its identity as a serious organ of true scholarship, a scholarly journal today needs to vary its modes of presentation, especially in terms of form and format. It is my hope that in the past 10 years, the AHR has maintained not only its reputation as the leading purveyor of historical scholarship, but also the interest of a wide range of readers—who, we all can recognize, increasingly have other venues competing for their attention.

When I took this position in 2005, I thought that the main challenge would be ensuring that the AHR continued to attract and publish the best historical scholarship out there. And it's true that this must be an editor's primary mission. What I did not anticipate is that matters relating to publishing, digital publishing, and in general the mechanics and technicalities of producing a journal would occupy so much of my time.

Serving as editor of the AHR these past 10 years has been an incredibly rewarding experience, sometimes exhilarating—and yes, often relentless in its demands—but always stimulating. I have learned much; indeed, it will take me a long time—and some time away from the position—to appreciate just how much I have learned. But among the many things I have come to appreciate are the intelligence, commitment, and goodwill of the people I have worked with. It has been a privilege to share a common purpose with Jim Grossman and Arnita Jones, with Rob Townsend and Seth Denbo, with other members of the great staff of the AHA, and with the host of presidents, vice presidents, and Council and Division members who make this professional organization work so well for so many. I am profoundly indebted to the people in our Bloomington office: Cris Coffey, Jane Lyle, Allison Madar, and Jessica Smith; the many, many graduate students who have served as editorial assistants over the years; and the five remarkable colleagues from the Indiana University Department of History—Maria Bucur, Konstantin Dierks, Sarah Knott, Lara Kriegel, and Alex Lichtenstein—who have occupied the crucial position of associate editor, reading every manuscript submission we receive. And then there are the successive members of the Board of Editors, the front line of our review process, leaders in their respective fields whose service to this journal ensures its quality. Finally, I cannot fail to acknowledge literally hundreds of scholars whom, however, I cannot name—indeed, whose service is entirely unsung yet utterly crucial. These are the outside experts, the historians across the field whom we call upon to review manuscript submissions to the AHR. We could not operate without these reports; they are at the heart of the peer review process. And they are usually thoughtful, detailed, and expert: I have received some reports that are essays unto themselves, running to thousands of words, fully footnoted and annotated. This is selfless, anonymous service at its best, scholarly labor freely contributed without any public acknowledgment or compensation—and without which the peer review system simply could not function.

Service, generosity, commitment: these are the values that have most impressed me in my 10 years as editor. I don't know whether this experience has made me a better historian, but I'm sure it has instructed me in what it takes to be a better colleague, an exemplary professional, even a good person. And for this I am grateful.

1. The topics in the Conversations to date have been "On Transnational History" (2006), "Religious Identities and Violence" (2007), "Environmental Historians and Environmental Crisis" (2008), "Historians and the Study of Material Culture" (2009), "Historical Perspectives on the Circulation of Information" (2011), "The Historical Study of Emotions" (2012), and "How Size Matters: The Question of Scale in History" (2013).