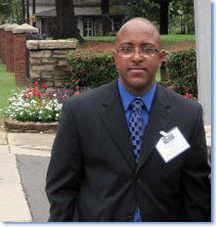 On July 24, 2013, the very day that testimony began in the George Zimmerman trial in Sanford, Florida, the United States Supreme Court ruled in Fisher v. University of Texas at Austin. Although not issuing the "death blow" to affirmative action in higher education, the decision of the court to have the case retried in the federal court of appeals to apply "strict scrutiny" surely places affirmative action on life support.

Ironically, this is not the first occasion that the University of Texas at Austin has appeared at the center of a controversial Supreme Court decision relating to racial inclusion in higher education. In February 1946, Heman Sweatt, a graduate of Wiley College, attempted to enroll at the University of Texas Law School. Due to the Jim Crow customs of the era, Sweatt was denied admission and in turn, with the support of the NAACP, brought suit. Because of this litigation, the state of Texas was required to provide equal access to law schools for African Americans. By the spring of 1947, the state legislature established the Texas State University for Negroes in Houston, with a $100,000 appropriation, and promised up to $3 million more. The creation of TSU was not the victory that either Sweatt or the NAACP were looking for, so they continued their fight.

In the spring of 1950, Sweatt's case was heard before the US Supreme Court, with the ultimate intent of overturning the Plessy v. Ferguson decision of 1895. In the Sweatt v. Painter case, Thurgood Marshall argued that the state had violated the equal protection clause of the 14th Amendment. The court subsequently agreed, and this landmark case created the framework for desegregation cases that were tried leading up to Brown v. Board of Education of Topeka, Kansas in 1954.

How is the Sweatt case relevant to the Fisher decision? In 1946, Heman Sweatt decided to test the constitutionality of segregated education by seeking admission to Texas's flagship law school. After three years of litigation, the Supreme Court ruled in his favor, simultaneously setting the wheels of desegregation in education in motion. Similarly, Abigail Fisher sought to test the constitutionality of Grutter v. Bollinger (2003), in which the Supreme Court ruled that the University of Michigan Law School could apply its "race-conscious" admission policy because it also took into account many other factors that were evaluated on an individual basis for every applicant, so its policy did not amount to a quota system.

With the Fisher v. UT Austin ruling, the federal court of appeals is being pushed by the Supreme Court to evaluate the University of Texas's admission policy with "strict scrutiny," to insure that its policy is not a quota system. Nonetheless, this decision has the same "snowball" potential that the Sweatt case did over 63 years ago. Again, the question of race in the admission policy at the University of Texas at Austin will require the state's flagship university to clearly define its standards, and do so without "violating" Abigail Fisher's equal protection rights, guaranteed under the 14th Amendment, in an attempt to achieve racial diversity.

In an era that some believe is "post-racial," state universities will have to become more creative in their efforts to attain racial diversity if they desire to survive the "strict scrutiny" of the federal court of appeals. Consequently, if the course of history remains, other affirmative action cases will be tried with the Fisherdecision as the basis. Eventually, much as the Sweatt decision of 1950 began the snowball effect of ending segregation in education, the Fisher case could have a reverse impact on diversity in flagship institutions throughout the nation. So, while affirmative action in higher education is not dead, it is on life support and hoping for a cure.

-Reginald Ellis is an assistant professor of history at Florida Agricultural and Mechanical University. He is an expert in the history of black college presidents and black higher education.