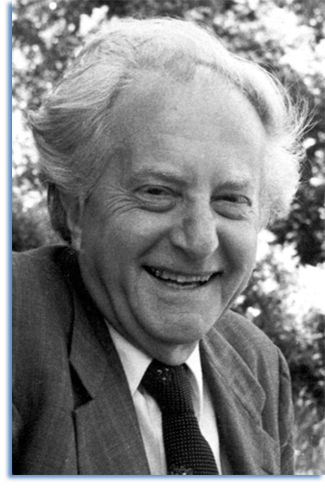 Historian of German Unification, 50 Year Member of the AHA

Theodore S. Hamerow, G. P. Gooch Professor of History Emeritus at the University of Wisconsin-Madison, died at his home in Madison on February 16, 2013. Born in Warsaw, Poland, on August 24, 1920, he was the son of Chaim Shneyer and Bella Hamerow, actors in Europe's celebrated Yiddish Vilna Troupe, who emigrated to the United States in 1925. Ted remained with his grandmother in Poland and Germany for five years before joining his parents in New York. He was educated in the city's public schools, graduating from the elite Townsend Harris High School and then from the City College of New York in 1942, where he was elected to Phi Beta Kappa. He served in the US Army in Europe from 1943 to 1946, first as an infantryman and then in the military police as a translator.

After the war he entered Columbia University for a year, obtaining his MA in 1947, and was then accepted into Hajo Hollborn's stellar program in modern German history at Yale, completing his PhD in 1951. He taught briefly at Wellesley College and in the University of Maryland's program in Germany, and then at the University of Illinois (now Urbana-Champaign) from 1952 to 1958. At that point he joined the history department of the University of Wisconsin-Madison, where he taught until retiring in 1991. He served as department chair from 1973 to 1976. For years he directed one of the largest doctoral programs on modern German history in the country and was widely known as a compelling undergraduate lecturer. Ted did not use detailed lecture notes or maintain precisely the same lectures year after year. Instead, he prepared only a very brief outline for each lecture, which he then tore up once class was over.

Ted Hamerow established his reputation as a specialist in the era of the unification of Germany, in which he pioneered the study of social and economic factors. His first book was Restoration, Revolution, Reaction: Economics and Politics in Germany, 1815-1871 (1958), followed by the two-volume Social Foundations of German Unification, 1858-1871 (1969, 1972), which reinforced his authority in that field. He went on to publish a total of 10 works totaling 11 volumes, as well as co-authoring a textbook and publishing four other edited or co-edited books, as well as many articles. His interests extended far beyond imperial Germany. Reflections on History and Historians (1987) analyzed the current structure and problems of the historical profession and the declining place of history in culture and education. It advanced several proposals for the reform of graduate curricula and urged historians to avoid jargon and esoterica and to address a broader public. From the Finland Station: The Graying of Revolution in the Twentieth Century (1990) offered a broad comparative analysis of the life cycle of revolutionary regimes in Russia, China, Cuba, and Vietnam in terms of 10 different phases and priorities common to all these cases.

Ted Hamerow well knew how fortunate he was to live in the United States, where he was given an opportunity to thrive as a scholar and teacher, and he worked diligently to assure this opportunity for others. He was a firm and passionate believer in free speech and in maintaining fair and objective standards, and held that historians had the responsibility to carry out new research and speak the truth, as they saw it, irrespective of current fads or politics. He was preeminent for his moral courage and willingness to speak forthrightly on behalf of his principles, if need be as part of a small minority, and always maintained his dedication to the principles for which he had fought in World War II.

Ted was active in leadership and in public service, serving as chair of the Modern European History Section of the AHA in 1978 and later as a member of the council of the National Endowment for the Humanities from 1992 to 2000. He was the founding president of the Wisconsin Association of Scholars and one of the founders of the Historical Society, which makes an award annually in his name for the best dissertation in European history. He also served on the Alexis de Tocqueville Prize and Herbert Feis Award committees for the AHA.

Retirement little diminished the pace of his research and publication. Among the notable books that he published after his teaching career ended was On the Road to the Wolf's Lair: German Resistance to Hitler (1997), which focused on the conservative opposition to Hitler. New works by octogenarian historians tend toward essays and reinterpretations, not primary research, but at the age of 88 Ted brought out Why We Watched: Europe, America, and the Holocaust (2008), a new examination, based extensively on primary research, of the policies and attitudes of Allied governments and institutions toward the Holocaust while it was in process. This was a major contribution to an ongoing controversy. He also published a memoir of his earliest years, Remembering a Vanished World: A Jewish Childhood in Interwar Poland(2001).

Ted Hamerow was eloquent in speech, courtly in manner, and passionate in beliefs well defended. He is survived by his wife Diane, two daughters, two stepsons, two grandchildren, and five step-grandchildren.

A version of this essay appeared on the National Association of Scholars website.