What Should We Do with Confederate Monuments?

The current controversy over Confederate monuments is about how we remember the past and interpret its meaning. These issues are the stock in trade of historians, and many have written op-eds and done interviews with reporters for national and local news outlets. Others have given talks to civic groups, testified to government agencies, and spoken at public forums. The American Historical Association has issued a widely endorsed statement on Confederate monuments. Last week, the National History Center brought the issue to Capitol Hill as a congressional briefing. 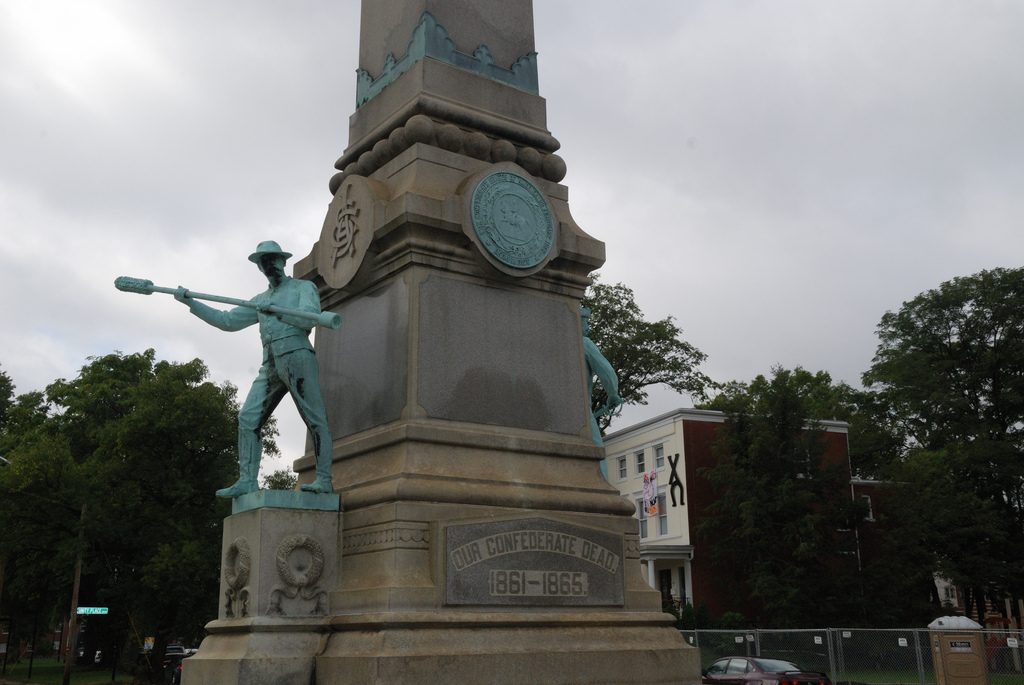 Historians at a recent congressional briefing, organized by the National History Center, discussed the purpose and future of Confederate monuments, such as this monument originally standing in Louisville but relocated to Brandenburg, Kentucky. Flickr/Louisville Images/CC BY-NC-ND 2.0

A standing-room-only crowd gathered at the Rayburn House Office Building to hear three leading authorities on the subject—David Blight, director of the Gilder Lehrman Center at Yale University; Karen Cox, professor of history at the University of North Carolina at Charlotte; and Gaines Foster, LSU Foundation Professor of History at Louisiana State University. James Grossman, executive director of the American Historical Association, chaired the event.

Foster opened his remarks by insisting that the starting point for understanding the purpose of Confederate monuments is to understand the purpose of the Confederacy itself—the defense of white supremacy and slavery. The South never got over losing the Civil War, and one of the ways it celebrated the “Lost Cause” was by erecting statues and memorials to Confederate leaders and soldiers in city squares and other civic spaces across the South, especially from the 1890s onward. These memorials served three purposes: to honor those who fought in the war, to justify their cause, and to vindicate the South. What the memorials vindicated, however, Foster stressed, was a social order that subordinated the lower orders to the landed elites, women to men, and, above all, blacks to whites.

No group was more instrumental in establishing these monuments than the United Daughters of the Confederacy (UDC), an organization of southern white women that Cox has written about. Founded in the 1890s, as black men were being disenfranchised and targeted by lynch mobs with increased frequency, the UDC sought to celebrate the “Lost Cause” and its defense of white supremacy. It did so by shaping school curricula, organizing civic events, and establishing Confederate monuments and other memorials on public sites. Cox credited the UDC, which numbered 100,000 members by the outbreak of World War I, with managing to cement culturally what the southern states established institutionally.

While the “Lost Cause” had been a narrative of loss before the 1890s, according to Blight, it became a narrative of victory afterward. It came to represent the South’s victory over Reconstruction, black rights, and Yankee rule. It was not simply southerners, however, who embraced this narrative. By the 1920s, northerners had bought into it as well. It became the basis for reconciliation between North and South, a reconciliation that rested on the backs of blacks. It is telling in this context that the US Capitol’s Statuary Hall includes 12 statues of individuals who served the Confederacy, but only four of African Americans.

While the post-Restoration South’s efforts to vindicate the “Lost Cause” and restore white supremacy provide the central historical context for the erection of Confederate monuments, the current debate about what to do with them cannot be divorced from the issue of memory. Blight argued that we are in the midst of a new “memory boom,” a commoditized phenomenon that is distinct from historical knowledge. In the question-and-answer session that followed the panelists’ formal remarks, it became clear that memory seriously complicates efforts to resolve this controversy.

How, asked a congressional staffer, does one respond to those who argue that the removal of Confederate statues erases history? It isn’t history that the statues’ defenders want to preserve, Blight insisted, but a memory that distorts or denies history. Cox made a similar point, noting that these monuments celebrate a sanitized version of history that obscures the centrality of slavery and white supremacy to the “Lost Cause.”

Another person asked, so what should be done with the monuments? Options include placing them in museums, contextualizing them with historical labeling, and collecting them at a single site, such as Stone Mountain. James Grossman pointed out that the Russians adopted the latter strategy with their Fallen Monument Park, where they relocated statues of Soviet leaders. In response to a related question about how public arts programs can alter historical narratives, Grossman recommended monuments that present the Civil War as a war of liberation for blacks. Blight suggested memorials to the black churches that sustained African American communities in the South and “elegiac” monuments that highlight the horrific slaughter of the Civil War. But he also cautioned against any precipitate action, urging deliberation in dealing with Confederate monuments. Foster struck a similar note, pointing out that public opinion on the issue needs to change. Cox was blunter: the removal of these monuments, she stated, will not bring an end to the systemic racism that inspired them.

The panelists agreed that historians have a vital role to play in altering public attitudes. Cox urged historians to reach out to their communities and news outlets, many of whom, she noted, are receptive to historical expertise and insights. Grossman stressed that historians should be at the table when public discussions about Confederate monuments arise. To judge from the size and responsiveness of the audience at the briefing, historians have much to contribute to our civic education about this contested issue.