On (Dissertation Research) Roads Not Travelled

From choosing a graduate school to selecting a dissertation topic, a history PhD is full of avenues not explored. Not all research, for instance, makes it into the final dissertation draft. It’s one thing to discard a source that just doesn’t fit. But what about a trove of sources that have the potential to alter the direction of a project entirely?

Even before I applied to USC, I knew I wanted to work on Southern California Protestant fundamentalism. Southern California was, for much of the 20th century, a bastion of the religious, political, and economic Right. For my dissertation, I wanted to explore the rise of conservative Christianity in the region by studying the financing of the Bible Institute of Los Angeles (now Biola University). The school stood at the heart of a spiritual empire where faith, capitalism, and education intersected. 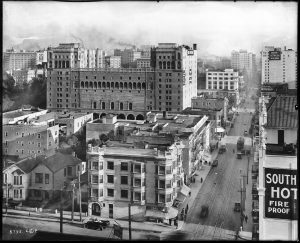 Historians such as Darren Dochuk, Darren Grem, and Kevin Kruse exploring the alliance between pro free-market big business interests and conservative Protestants have primarily focused on the actions of successful industrial leaders such as R. G. LeTourneau and J. Howard Pew in post-1930s America. In contrast, my preliminary work in Biola’s archives proves that Southern California fundamentalism was important from the Progressive era onward. Moreover, what I’ve found in the school’s archives is a tale of financial failure, not unbridled prosperity. When doing this research, I was struck by the possibility of examining what it meant for business-minded Christians to face fiscal challenges. Did it prompt any soul-searching on the part of fundamentalists about how their spirituality fit with their endorsement of laissez-faire principles?

In fall 2015 I started researching and writing my dissertation in earnest, confident of the parameters of my project. The following year, I travelled to the Billy Graham Center Archives, housed at Wheaton College in Illinois. I was on the trail of material relating to William Blackstone, a fascinating figure among the roster of founding fundamentalists. Strongly associated with Biola for the last decades of his life, Blackstone was especially interested in financing overseas missionary activity. I’d come to Wheaton to find sources on his Los Angeles endeavors, but what I found was much more—an abundance of letters, pamphlets, and booklets on early 20th-century fundamentalist missions around the globe, particularly in China. These sources provided an intriguing picture of a complex dynamic of competing religious and political ideologies as American mainline Protestants and fundamentalists, and Chinese nationalists and communists all competed for hearts, minds, and territory in a region riven by successive waves of violent conflict.

It was a departure from my focus on financing and education. I decided, however, that I could not omit this story from my work. And as I began to write that spring, what had originally been one chapter underwent a kind of mitosis and split into two. I had only begun to delve into China and I already had an “extra” chapter. As my elation at having actually churned out not one but two dissertation chapters rose, I feverishly imagined how this new focus would reshape my project. It could be transnational, no, transpacific. I might perhaps even recast the roots of the fundamentalist movement outside the boundaries of the United States! But even as I entertained these academic notions (or to be more frank, delusions) of grandeur, I simultaneously saw that there were problems. My chapters were just no good. Feedback from my committee members confirmed what I already knew. They were unwieldy, the sheer scale of everything I was trying to cover choking the flow of the narrative.

Yet it was with a mixture of relief and frustration that I re-spliced my two chapters, editing out most of the content on China and relegating the discarded material to the ignominy of a folder labeled “old chapters.” It felt like my progress had gone backward. Not only had I lost a chapter of material, I now had to write another one to replace it. Moreover, wasn’t this an important subject? Could I ignore it? It dawned on me, however, that while the China events were related to the story I wanted to tell, they comprised a different narrative altogether. To fully explore it would take not just one “extra” chapter, but many.

There is, I now understand, an important difference between doing the work to weave together various strands of the same narrative—in my case, the issues of finance and higher education—and trying to shoehorn in subjects, people, and events that deserve their own project. Time and resources dictated what I could cover in my dissertation. In hindsight, I view this process of investigating and then abandoning a particular avenue not as a waste of time, but as a means of clarifying what I really wanted my dissertation to be about. It was liberating to define the contours of my own work and to have confidence in the subject matter that I truly found compelling. Those roads not travelled, I also suspect, are never really blocked off. At a recent conference I struck up a conversation with a fellow graduate student. It transpired that she was working on Protestant missions to China in the 20th century. “Well,” I told her with no small amount of excitement, “I once came across some material you might be interested in … .” 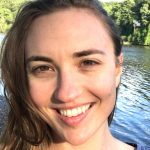 Hailing from the UK, Christina Copland has a BA in archaeology from University College London and an MA in history from the University of York. She is currently a history PhD candidate at the University of Southern California. Her dissertation, titled “Faith, Finances and the Remaking of Southern Californian Fundamentalism, 1910–1950,” ties together Protestant fundamentalism, the urban history of Los Angeles, and the relationship between capitalism and religion.