Karin Rosemblatt is an associate professor at the University of Maryland, College Park. She lives in Washington, DC, and has been a member since 1996. 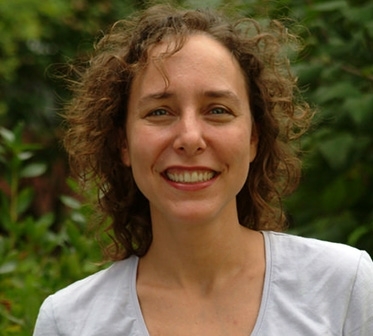 Karin Rosemblatt is an associate professor at the University of Maryland, College Park.

Describe your career path. What led you to where you are today? My family is from Chile and I was born there, so Latin America had always been of interest. But it was my undergraduate mentor who turned me on to history and encouraged me to pursue a PhD. She also validated my interest in gender, and helped me find graduate mentors who would do the same. I was lucky to land a job just as I was finishing graduate school, and I worked at Syracuse University for 13 years before moving to the University of Maryland where I have worked for the past nine years.

What do you like the most about where you live and work? The Washington, DC, metropolitan region, and the University of Maryland, where I work, are both home to diversity of all kinds. My classes regularly include students who are Japanese-Brazilian, Chilean-Salvadoran, Colombian-Puerto Rican, or Irish-Ecuadorean. This mix really enlivens our class discussions. I also value the DC region’s outstanding public transportation. I ride the bus and subway to work and do not own a car. And I live in a neighborhood where I can walk to the supermarket, post office, coffee shop, and dry cleaner.

What projects are you currently working on?  I have just finished The Science and Politics of Race in Mexico and the United States, 1910–1950 (University of North Carolina Press, forthcoming 2018). The book looks at US and Mexican experts who elaborated state policies toward immigrant, Afro-descendent, and native populations. I show how ideas regarding race flowed from South to North as well as North to South. I argue that in both countries knowledge regarding foreign nations shaped domestic policies. But although ideas moved from Mexico to the United States, US scholars condescended to their Mexican counterparts and devalued the expertise of Mexican scholars they labeled provincial.

Have your interests evolved since graduation? If so, how? My interests have shifted a lot. I started out as a scholar of Chile and then studied Mexico. My first book was on gender; my second focuses on race. Quite unexpectedly, I find myself in dialogue with colleagues in the history of science. Yet all of my work has been concerned with how different groups and ideas shape state policies. I am so glad I have the freedom to explore.

What’s the most fascinating thing you’ve ever found at the archives or while doing research?Being shut out of an archive because it contained material that was allegedly personal made me reflect on the politics of access and how the ethical considerations of historians differ from those of, say, journalists, anthropologists, or archivists.

Is there an article, book, movie, blog etc. that you could recommend to fellow AHA members?Nostalgia for the Light by the Chilean filmmaker Patricio Guzmán focuses on human rights activists who keep alive the memory of human rights violations that took place during the dictatorship of Augusto Pinochet (1973–90). These activists are looking for the truth of what happened. They are literally digging up bones. But they are also trying to imagine a future. The film takes stargazing as its central metaphor: when we look upward, toward the stars, and dream about the future, we are actually looking at the past.

What do you value most about the history discipline? Historical thinking is contextual. By contextualizing we enrich our understanding of specific times, places, peoples, and our task as historians is to figure out which contexts matter. History allows us to highlight specificity and uniqueness without being myopic.

Why is membership in the AHA important to you? The AHA defends our corporate rights as teachers, faculty members, and students. That is particularly important to those of us who cannot unionize. The AHA stands for the ethical exercise of history, which creates the basis for shared standards, but it also recognizes (increasingly so) the variety within the historical profession.

Do you have a favorite AHA annual meeting anecdote you would like to share? I once participated in a panel of Latin Americanists discussing transnational history. The room was full, which was very gratifying. But when we asked how many US historians were among those 50+ audience members only a handful raised their hands—and one of them was from my department. I wish there was more dialogue among historical subdisciplines.