Memory and Peace in Colombia

Colombia has maintained a reputation as a country of forgetting since the world fell in love with Gabriel Garcia Marquez’s One Hundred Years of Solitude. Since then, others have added to the tradition. In the recently translated Reputations, the novelist Juan Gabriel Vásquez updates the idea, “Forgetfulness was the only democratic thing in Colombia: It covered them all, the good and the bad, the murderers and the heroes, like the snow in the James Joyce story, falling upon all of them alike.” Nor are such assertions confined to literature. Robert Karl chose to call his forthcoming history of Colombia during the early years of the FARC (Revolutionary Armed Forces of Colombia) Forgotten Peace: Reform, Violence, and the Making of Contemporary Colombia. 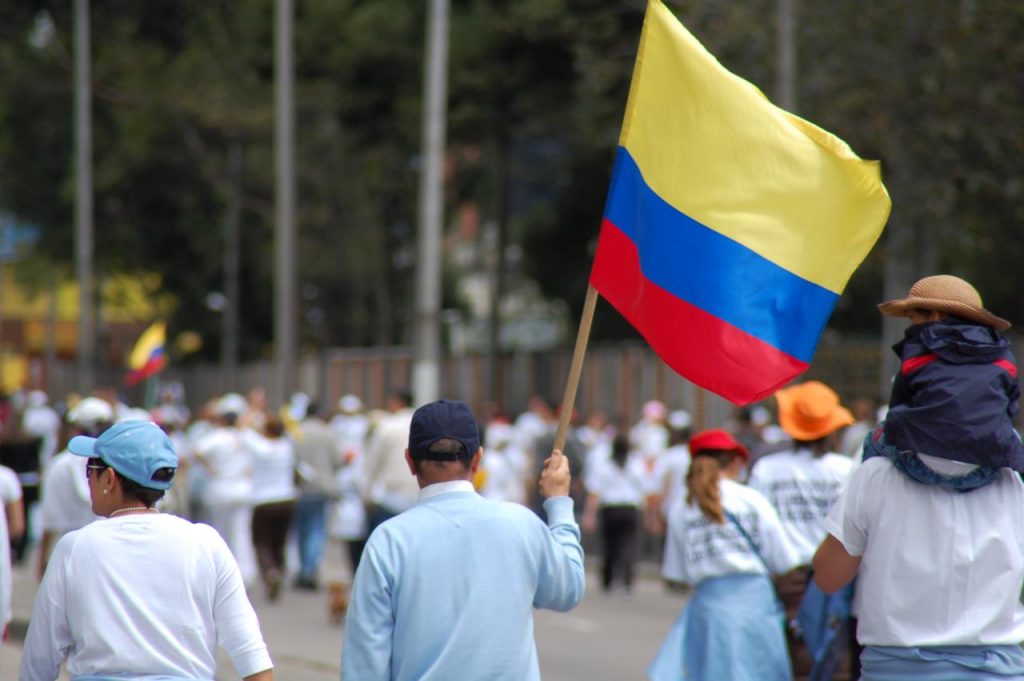 I am wary of attempting to argue with world famous novelists, or Karl whose book I am anxiously awaiting, or to plunge too deeply into theoretical debates over public memory. However, archival research on 19th-century Colombia has impressed on me the importance of distinguishing between societal, institutional, and individual memory. The slow development of this idea has crystallized as I observed the parallels between current amnesty projects and those from the 1840s and 1850s. Both present the problem of the complex relationship between law, memory, and peace as acts of amnesty can be perceived as legitimizing amnesia—that the crimes of those receiving amnesty have been wiped from legal memory.

Last year on October 2, in between the UK vote on Brexit in June and the November US election of Donald Trump, Colombians provided their own electoral shock. In a plebiscite over whether to accept a peace accord painstakingly negotiated between the government and the FARC, voters rejected the agreement. The razor-thin victory of the “No” vote was a product of a number of factors: low turnout, caused in part by a hurricane on the Caribbean coast; an opposition campaign led by former President Álvaro Uribe that implied certain provisions represented part of a larger assault on traditional gender roles; the belief that the terms for holding the guerrilla group legally accountable for various crimes amounted to a de facto amnesty; and the argument that the accord was a step in the path toward Cuban socialism or Chavism.

The prospect of amnesty was particularly galling as the FARC are deeply loathed by much of Colombian society. The protests over the prospect of legal forgiveness resonate with Colombia’s long history of civil war, especially after the first three wars (1839–42, 1851, 1854) when the government made frequent use of indultos, clemency decrees stipulating conditions for pardons and conditional pardons. Decrees of indulto are in theory distinct from amnesties as recipients implicitly admitted culpability, though the two terms are sometimes used interchangeably.

Indultos were offered to enemy soldiers during wars and granted to accused rebels after the fighting ended. The archival material generated by these decrees and subsequent appeals is enormous, documenting political life in the early republic. Heartfelt petitions put a human face on the impact of these wars, and the fierce debates over the use of indultos anticipated today’s arguments about the relationship between culpability and rebellion. To offer only one example from a wealth of public objections, in 1854 the prosecutor F. A. Álvarez resigned his position to protest the extensive use of clemency. Indultos, he wrote, encouraged acts of rebellion. Soon, he warned, the nation’s history would degenerate into one of organized banditry, a sentiment shared by some today.

The reliance on indultos declined during the civil wars that followed (1860–63, 1876–77, 1885, 1895), but other strategies foreshadowing those of the present emerged. For example, after the War of 1876–77 courts began to find in favor of litigants seeking compensation for property lost during the war, even when rebels were responsible for the damages.[1] This precedent anticipates provisions in the peace accord concerning rural property, as it called for the state to address the economic impact of domestic conflict.

The century ended with the Thousand Days’ War (1899–1902), a conflict that dwarfed its predecessors in scope and casualties. In its later stages the war deviated from the typical liberal against conservative clash to take on connotations of a class-based conflict involving guerrilla campaigns. The final negotiated peace required two treaties, first the Treaty of Neerlandia and then the Treaty of Wisconsin.

The final peace agreement between the Colombian government and the FARC also took two tries. After the “No” victory in October there were massive demonstrations in support of peace; President Juan Manuel Santos was awarded the Nobel Prize for Peace; and the government announced plans for peace negotiations with Colombia’s other guerrilla group, the ELN (the National Liberation Army). After several anxious weeks, the government and the FARC returned to the negotiating table and revised the accord. Rapid congressional approval followed, though there was no second popular vote. The agreement is now being implemented. As I write, FARC forces have gathered in transitional zones to disarm and Congress has passed an amnesty law establishing special judicial review for those seeking indultos, whether former guerrillas or state actors.

At first glance, the events of the past few months cannot be forgotten, in part because Colombia already has an infrastructure dedicated to public memory. The 2011 Law of Victims and Land Restitution, legislation passed early in Santos’s presidency that helped set the stage for peace negotiations, established a National Center of Historic Memory. The center sponsors a wide range of activities intended to foster peace and emphasizes public memory (see, for example, the recent English translation of the 2013 ¡Basta Ya! Colombia: emorias de guerra y dignidad). Such efforts will be crucial in ensuring that the roll of right-wing paramilitary groups, with links to state security forces and drug trafficking that were responsible for so much of the violence, displacement, and civilian deaths over the last two decades, is not forgotten. These self-professed enemies of the FARC negotiated a reintegration with civil society in 2006. Though paramilitaries were responsible for at least half of the civilian deaths of the war, perhaps because the majority of their victims were rural and often black or indigenous, the history has not received the same attention as the crimes of the FARC.

Will the tribunals established by the revised accord, which can offer amnesty to members of the FARC and the military though not for “crimes against humanity,” foster accountability for the occasions when the military presented murdered civilians as guerrillas killed in combat and a lasting peace? Or will the 10-year limit on this process and exclusion of international judges foster an institutional forgetting? A wave of targeted assassinations of community leaders in the last few months makes it clear that it will take more than murals and public forums to ensure a peace based on accountability.

My sense of history, informed by researching pardons and teaching on truth and reconciliation, is that individuals do not forget. Societal forgetting is not a collective amnesia, but a public silence fostered and encouraged by different forces. Institutions, the implementation of law, and the media shape which memories are acknowledged and how certain narratives are favored for political reasons. In this case, the question is whether the accord will be, as intended, a first step in a broader societal transformation, or simply a cease fire that will benefit former drug traffickers, the politicians who took their money, and those who acquired land vacated by the displaced. Who is pardoned and for what crimes—who is granted an indulto— and the process around those pardons is part of determining whether Colombia becomes a country of memory rather than forgetting.

Joshua M. Rosenthal is professor of history at Western Connecticut State University. He researches indultos and civil war in early republican Colombia and is the author of “Conditional Clemency after the Golpe de Melo of 1854: Constitutionalism and Tradition in Early Republican Colombia,” Historia Critica 63 (January–March 2017): 75–96; “The Indultados of Tescua: Criminal Rebellion and Judicial Reckoning during the War of the Supremes,” Anuario Colombiano de Historia Social y de la Cultura 39, no. 2 (2012): 131–56; and Salt and the Colombian State: Local Society and Regional Monopoly in Boyacá (Univ. of Pittsburgh Press, 2012).