Individual Return and Public Good: The Worth of a College Education 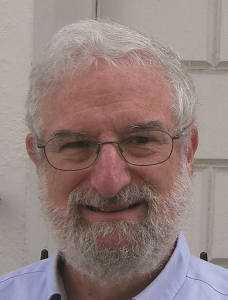 It seemed like a simple question: “Is College Worth It”? The e-mail came from WalletHub, one of those many online publications that thousands of people read, but I hadn’t a clue as to its existence. Its forums looked quite respectable and were often interesting. The editors routinely call on “leading experts” to answer financial questions, and I was flattered by that label, as I am more accustomed to being considered knowledgeable at best. But if the invitation was intriguing, it was also less than stirring. The answer seemed obvious, given the wealth of data correlating college degrees and such good things as income, health, life expectancy, and even divorce rates. Should I bother?

But wait—maybe not so obvious to all. Toward the close of 2015, Goldman Sachs calculated that it would take a graduate nine years to make up the “total all-in cost of college (net of grants and scholarships) and the wages foregone during the four years of study versus the wage premium that undergraduate degree holders enjoy versus high school graduates over their working life” (see Brooke Metz, “Is College Worth It? Goldman Sachs Says Not So Much,” USA Today College, December 10, 2015). Most important, the trend was ominous: in 2010 it took only eight years to attain the ever-important return on investment. Caveat emptor indeed.

More important, WalletHub framed its request in terms of whether college is a “safe investment” or “risky bet”—a calculus tailored to the interest of the individual. This depiction of the terrain has much to do with the shortsighted decisions of state legislatures to sharply decrease public funding of higher education. I’ve said it before in these pages, and I will say it in every venue to which I am given the privilege of access: higher education is a public good.

The good news? Generally, my fellow WalletHub experts (many of them more expert than I) also pointed to the public value of an educated citizenry, although they were less inclined to warn of the dire consequences of shortsighted parsimony.

The following is a lightly edited version of my WalletHub essay.

Is College Worth It?

This question can be considered from two perspectives, the individual and the public. All too often it is posed as merely an individual, monetary query: whether a student is making a worthwhile investment of current resources vis-à-vis future income. The data here are straightforward: a student graduating from a public or not-for-profit college or university will earn a “college degree premium” over a lifetime that will exceed the cost of tuition.

But this is neither the only nor the best way to think about “value,” which is a correlate to “worth.” There are many ways to assess “worth,” even from the limited vantage point of the individual, for whom the benefits of a college education need not be measured by income alone, but rather by personal growth, the joy of intellectual activity, or the ability to do things that require skills learned in college.

Under the umbrella of our shared life—or, how to determine the worth of a college education to the public—we might calculate the value to our national economy of a more educated workforce or the value to civic culture of an educated citizenry, whether as voters or as participants in any community activity whose benefits accrue to everyone.

The central distinction lies in whether we consider higher education a public or solely private good.

The central distinction lies in whether we consider higher education as a public or solely private good. Tables and charts that compare tuition with average earnings at different levels of education can neither truly measure nor adequately communicate the value of an educated populace. A nation where millions of voters and uncounted public officials are unable to appreciate the complex relationship between jobs, technology, trade, and outsourcing stands to benefit from more pervasive higher education. A nation whose leadership demonstrates little knowledge of a national hero such as Frederick Douglass (never mind when he lived), of its own place in the American political tradition or America’s place in the world, would benefit from a larger public investment in higher education. A nation that saw millions of its voters base fundamental decisions on “fake news” would benefit from an electorate with the critical thinking skills that higher education provides.

Education should never be regarded as merely a tool for individual advancement. It is also a public instrument to promote democratic citizenship and informed participation in a market economy. The system works better for all of us if more people can recognize a logical fallacy, read a data table, understand the text and context of the Constitution, and decipher debates surrounding the causes of the Great Depression, the legacy of Jim Crow, or the formation and history of NATO.

Individuals and families might question whether college is “worth it.” But to the community, the nation, and the globe where those individuals will develop, play, work, purchase, and vote, the question is whether underspending on higher education will result in an electorate and a political leadership insufficiently educated to recognize the value of an educated workforce and citizenry. A downward spiral begun by failing to accurately calculate that cost would eventually devastate our economy, impoverish community life, and endanger democracy.