“Boots on the Ground”: US Soldiers and the Strains of Overseas Deployment

On January 16, 2017, the New York Times printed an arresting image of US Marines arriving in Norway, the first foreign troops to be deployed on Norwegian soil since 1945. The accompanying text focused on Norwegians’ anxieties about what this deployment, announced as an opportunity for the Marines to “hone their abilities to fight in tough winter conditions,” might portend in geopolitical terms. Like any display of “alertness,” this show of preparedness risks aggravating tensions rather than alleviating them. Russia has already made its discontent clear. But the image also suggested another source of tension. Were the Marines on active duty or on holiday? Warriors or tourists? In the foreground, two men in uniform, overburdened with huge duffel bags and backpacks, pull incongruously flimsy luggage on little wheels through the snow—like holidaymakers wildly unprepared for local conditions. 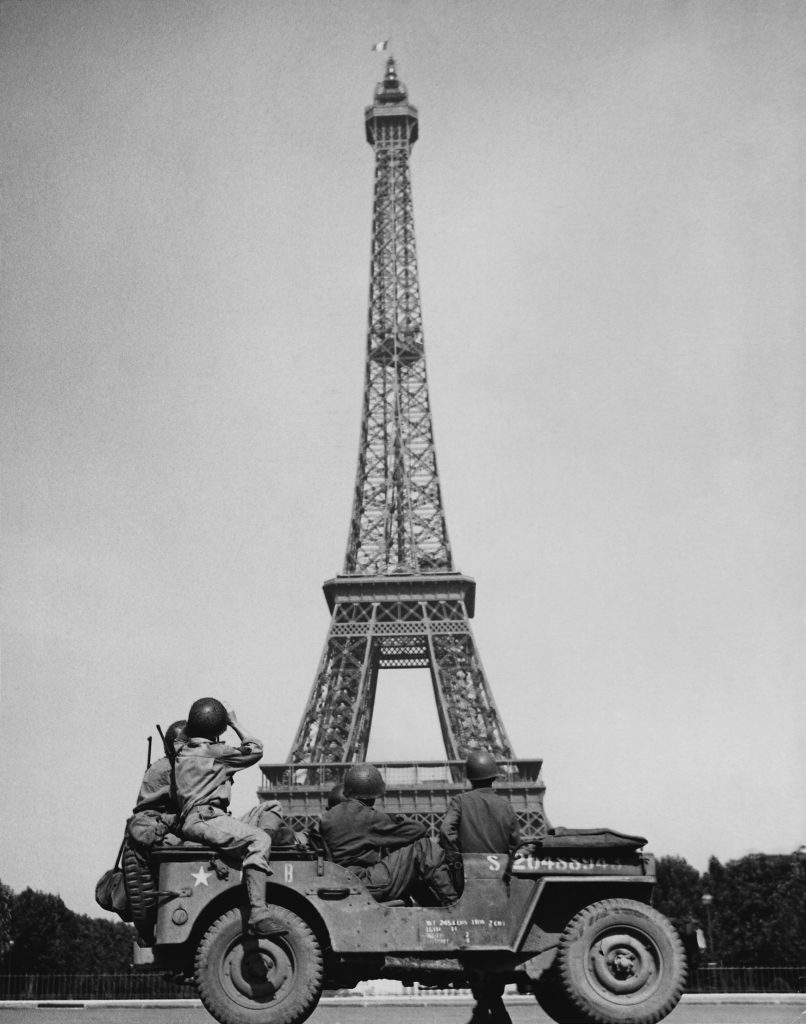 American soldiers watch the French tricolor flag fly from the Eiffel Tower after winning back control of Paris near the end of World War II. Wikimedia Commons

The idea that foreign citizens have conflicted responses to Marines garrisoned in their country is one that some Americans might find difficult to comprehend. Surely their presence is protective? But overseas deployments invariably pose complex questions—of identity and sovereignty—both for Americans in uniform and civilians in host countries, where US troops may appear simultaneously a source of reassurance and risk.

Americans’ long-term struggles with overseas soldiering form the subject of my recent book, The Good Occupation: American Soldiers and the Hazards of Peace (2016), which I was invited to discuss at the Washington History Seminar in December 2016. My talk highlighted how much messier and darker American understandings of military occupation were in the aftermath of World War II as opposed to the buoyant depictions of postwar reconstruction that suffuse popular memory, informed by novels and movies like A Bell for Adano (1944) and Teahouse of the August Moon (1956). This saccharine version of the past is consequential. Fifteen years ago, George W. Bush and other advocates of “Operation Iraqi Freedom” assured Americans that their troops would be greeted with “sweets and flowers” on entry into Baghdad. Invoking the occupations of Germany and Japan as exemplary instances of reconstructive surgery, they insisted that the de-Baathification of Iraq would be a “cakewalk.”

In the planning for postwar that began even before the United States entered World War II, no one talked that way. Americans expected that occupation troops would encounter resistance from Germans and Japanese. The fact that they met almost no concerted opposition owed a good deal to how thoroughly defeated the two major Axis powers were by mid-1945. Forced into unconditional surrender, they had no other option than to “embrace defeat” (as John Dower entitled his Pulitzer Prize-winning portrait of postwar Japan.) Americans’ embrace of victory was more awkward and tentative. The vast majority of troops overseas when the war ended wanted to come home—immediately. When demobilization was deferred, they protested vociferously, taking their demands onto the streets of Manila, Paris, Tokyo, and London in January 1946. Since defeated populations appeared so thoroughly quiescent, many US soldiers struggled to understand the purpose of long-range occupation. Meanwhile, measures taken by the military to placate millions of bored young men—turning them into tourists, shoppers, students, and sportsmen—did a good deal for morale, but rather less for morals. Members of the best-provisioned military in world history were singularly well-placed players in the illicit economies that proliferated in postwar Europe and Asia. In the late 1940s, Americans knew this. Men and women in uniform wrote home and told loved ones so, while journalists and novelists painted vivid portraits of the transactional murk that surrounded occupation.

After the talk, I was asked whether the teaching of history hadn’t swung too far in the direction of “all warts,” as opposed to “warts and all.” Rather than deconstructing the mythos of the “good occupation,” shouldn’t I underscore that US military governments were, in fact, relatively benign? My own sense, having taught at Rutgers University-Newark since 2002, is that high school students are exposed to rather few warts, even if glaring structural deformities are hard to ignore. While it’s impossible now to imagine teaching US history without slavery, it certainly seems possible to excise atrocity from whatever students learn of Vietnam and subsequent American wars. Students in my undergraduate courses on US foreign relations have rarely heard of My Lai. Even fewer know anything of Abu Ghraib.

Valorization of the “greatest generation” makes it especially hard to critique the men and women who served in and after World War II. Yet these Americans tended to have a thoroughly unsentimental view of themselves and the institutions in which they served. Reading thousands of their letters, diaries, and memoirs, I found that most were not only desperately eager to get out of uniform, they also disdained the privileges officers arrogated to themselves, and were alert to the thoroughly undemocratic nature of the forces charged with democratizing former Axis foes. Officers, in turn, often had just as dim a view of their subordinates.

To recall the complexity of these attitudes towards US military power overseas, along with the ambivalence with which foreign populations greeted American troops, offers a corrective to the sentimentality that has come to engulf World War II. Understanding the challenges of occupation—even under optimum conditions (namely, the total ruination of former foes after long years of all-out war)—might also make present-day strategists more cautious in believing that “boots on the ground” necessarily produce meliorative results.

As professional historians, our job is not that of cosmetic dermatologist. Warts need to be biopsied—not excised altogether. 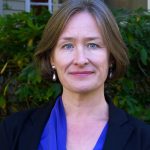 Susan L. Carruthers is professor of history at Rutgers University-Newark.

Established by the AHA in 2002, the National History Center brings historians into conversations with policymakers and other leaders to stress the importance of historical perspectives in public decision-making. Today’s author, Susan L. Carruthers, recently presented in the NHC’s Washington History Seminar program on “The Good Occupation: American Soldiers and the Hazards of Peace.”