“Are We Teaching Political History?”

Oh, what a difference a year makes. During a session at the 2016 annual meeting—mulling over the role historians should play in public life—Atlantic editor Yoni Appelbaum declared: “I hate op-eds.” Appelbaum argued that the format of conventional opinion journalism encouraged writers to make “very generalized claims” without demanding that they “marry their evidence to their argument.” The op-ed is a blunt tool for a delicate task. 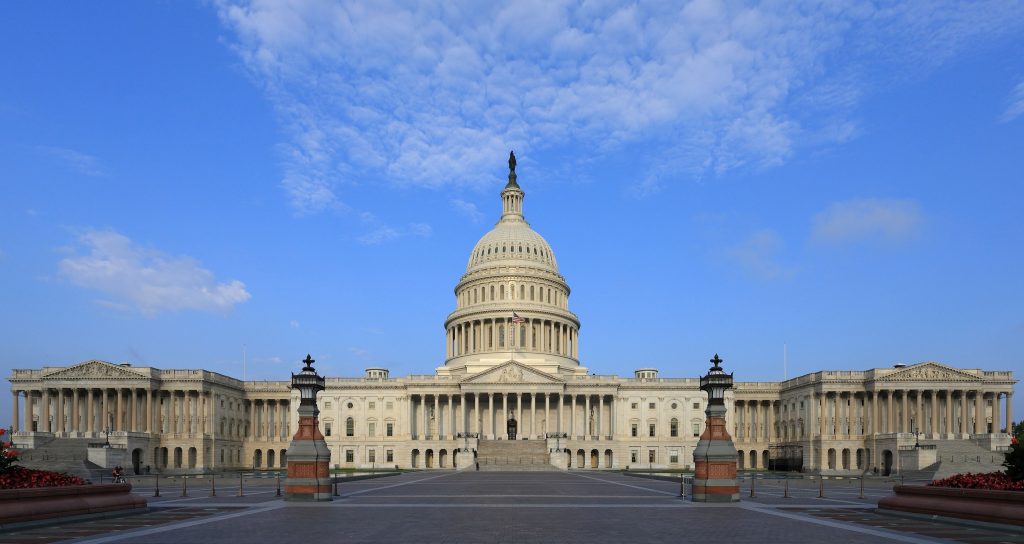 In response to a controversial op-ed in August, panelists at the AHA annual meeting debated whether political history should primarily focus on history from the top or history from the bottom. Michael Falbisoner on Wikimedia Commons

Appelbaum’s strong feelings came to mind during a session at the 2017 annual meeting in Denver. As chair Antoinette Burton (Univ. of Illinois at Urbana-Champaign) disclosed in her opening remarks, session 309 was organized in a hurry and in reaction to an op-ed. In 772 words published by the New York Times on August 29, 2016, two historians had asked: “Why Did We Stop Teaching Political History?” A classic title, it buried a statement within a question—the “why did we” assuming that yes, we did. The relatively small world of people who care deeply about this subject—including many students and teachers of, you guessed it, political history—lit up immediately with equal parts praise and censure, or as panelist and Colorado School of Mines historian Kenneth Osgood put it in Denver: “initial reactions were polarized . . . we were dead on or dead wrong.”

That “we” consists of Osgood and his cowriter Fredrik Logevall (Harvard Univ.), who made clear from the outset of session 309 that the op-ed’s title was not theirs. “I will say upfront that the answer to this question before us is yes, we are still teaching political history,” Logevall began. “Our editor at the New York Times is very good at his job—or at least good from his perspective—he knows a good headline when he chooses it.” Their editor thought the “headline would draw readers in, as effective titles should do,” and he was right: “within a few hours, there were some 500 reader comments.” Nor did the authors choose the accompanying photo, in which president-elect John F. Kennedy stands alongside public intellectual (and, like Logevall, Harvard historian) Arthur M. Schlesinger Jr., both of them in crisp white shirts, grey flannel suits, and impeccably parted hair, looking for all the world like two chummy and self-assured Mad Men readying to Make America Great Again.

With such a disarming start—the op-ed’s own authors renouncing its most provocative features after contributing to a civil exchange of ideas in Perspectives on History—the rest of the session seemed poised to proceed serenely. But when panelist Leslie J. Reagan (Burton’s colleague at the Univ. of Illinois) suggested that Osgood and Logevall’s article made them “sound much like disaffected Trump voters,” Osgood took offense (cordially, people, cordially—this was the annual meeting; not a White House Press Briefing). Reagan regarded not just the op-ed’s title and photo but its content “as simply incorrect.” Despite Osgood and Logevall’s insistence that they are “not interested in being gatekeepers”—or in assigning themselves the arbiters of what “counts” as proper political history—Reagan believed their article suggested otherwise.

In Osgood and Logevall’s original timeline, “the movements of the 1960s and 1970s by African-Americans, Latinos, women, homosexuals and environmental activists brought a new emphasis on history from the bottom up.” While acknowledging that “these transformations enriched the national story,” Osgood and Logevall also believe they “carried costs. Perceived ‘traditional’ types of history that examined the doings of governing elites fell into disfavor, and political history suffered the effects.”

By Reagan’s reading, the op-ed implicitly likened the history of (for instance) “social movements, sexuality, and racial injustice” to mere “frosting on the cake” of substantive political history—sweet but insubstantial. “Those of us who teach what they consider mere frosting would argue that they’ve got it backward. The cake of political history cannot be told without . . . studying all of the voters in all their complicated diversity.” Conceding that her department’s course catalog might not resemble catalogs from the previous century, Reagan attributed the difference to two factors Osgood and Logevall left out. First: political history “is still taught.” They “were simply looking in the wrong places.” Reagan’s department may no longer “have a class called ‘US political history,’” but the subject, she said, is covered in the “Introduction to US History,” “Illinois History,” “War and Society,” and the “History of Medicine,” to name a few. Second: the courses no longer on offer have been dropped not from a lack of interest but from a lack of funding. Reagan noted that the department lost its “designated and beloved political historian” four years ago and has not had the resources to replace him. “Our big problem is the attack on public universities, and on public education in general,” Reagan said. Osgood and Logevall’s op-ed added insult to injury.

Relief from this painful impasse—and an outlook on op-eds that differed sharply from Appelbaum’s—arrived in surprising form. First from Michael Kazin, who teaches history at Georgetown but also edits Dissent magazine, where “the thing we most like doing is starting arguments.” Those might sound like fighting words, but in this context they felt more conciliatory than combative. “Fred and Ken did a great service by starting an argument,” Kazin said with real feeling. Furthermore (and this from an avowed “historian of social movements”), “they’re right that many forms of high politics are neglected,” from “the teaching of institutions—like Congress, like the courts, like the federal bureaucracy,” to histories “of voting, why the electoral college was created in the first place, why it endures, and how primaries came to dominate both parties.”

If Kazin was rediscovering the value in old battles (even finding time to apply a well-worn Trotsky maxim), fellow panelist Marsha Barrett (Mississippi State Univ.) embodied a younger generation’s facility for stepping lightly past long-standing ideological minefields. When Barrett arrived in graduate school, members of her cohort expressed surprise at her chosen topic, wondering why an African American woman would be interested in Nelson Rockefeller specifically and moderate Republicans more broadly. Unable to find the precise courses she wanted, Barrett invented one independent study after another. Osgood and Logevall’s “op-ed resonated with me,” she said simply, adding: “political history is relevant to all people of all backgrounds.” Now more than ever.

AHA Session 309, “Are We Teaching Political History”, took place on Sunday, January 8, 2017 at the AHA annual meeting in Denver. In addition to Frederick Logevall (Harvard University) and Kenneth Osgood (Colorado School of Mines), the authors of the New York Times op-ed which inspired the panel, the other panelists included Leslie J. Reagan (University of Illinois at Urbana-Champaign), Marsha Barrett (Mississippi State University), and Michael Kazin (Georgetown University). A video of the panel can be found here: https://www.youtube.com/watch?v=FXZVt26lLOM