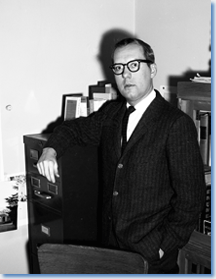 Leader in the American School of Louis XIV Studies

John Corwin Rule, professor of history emeritus at the Ohio State University, died on January 12, 2013, in Columbus. He was born in Warren, Indiana, and graduated from Broad Ripple High School in Indianapolis. From the age of 16, he had determined to become a historian and study the reign of Louis XIV. He entered Stanford University in 1947 and majored in history, graduating in 1951 with great distinction and Phi Beta Kappa. He then chose to continue working with Charles Donald O'Malley there, writing his master's thesis on "Nicolas de Lamoignon des Basville and the Protestants of the Languedoc, 1685–1702." In 1953, he transferred to Harvard, where he worked on a PhD under the guidance of Franklin Ford and held a Fulbright fellowship in Paris from 1953 to1954, and a Sheldon Traveling Fellowship in 1957. There he became acquainted with the Bibliothèque Nationale and the Archives Nationales and began the continuing archival work that was the basis of his scholarship for the rest of his career. He completed his PhD in 1958 with a dissertation on "Peace Negotiations Leading to the Treaty of Utrecht, 1709–1712."

As a graduate student at Harvard, Rule became involved in a group around the journal History and Theory, serving as editor of A Bibliography of Books and Articles on the Philosophy of History, 1946–1957, and a later supplement. His articles on historiography continued to appear into the 1960s. His publications on the Old Regime in France started appearing, beginning in 1962, when he published "The Old Regime in America: A Review of Recent Interpretations of France in America," in the William and Mary Quarterly. With John TePaske, he published The Character of Philip II in a prestigious series issued by D. C. Heath, and in 1967 he produced another Heath publication, The Early Modern Era, 1648–1770.

With the publication of a landmark book that he edited, Louis XIV and the Craft of Kingship (1970), which included Rule's essay on Louis as a bureaucrat, he became a conspicuous leader of what came to known as the American School of Louis XIV Studies, well-recognized in France as well as the United States. One article after another appeared during the 1970s and 1980s, confirming his place in the field. Many appeared in journals, others in invited collections of essays. Rule also co-edited The Reign of Louis XIV (1990). Some of his articles were reprinted.

Rule's major contribution was connecting modern ideas of bureaucracy to the institutions and precedents set up by Louis XIV. He particularly used the work of one of the secretaries of state, Colbert de Torcy, who was foreign minister from 1696 to 1715, to illustrate his point. Rule drew on extensive archival research not only in France but in Britain and the Netherlands. All of this came together in his final book, co-authored with Ben Trotter, showing how Louis XIV's administrative innovations both did and did not fit into the evolution of Western governmental bureaucracy. It is a masterful clarification of a major facet of modern history. Fortunately, this crowning publication, Bureaucracy under Louis XIV: The Department of Colbert de Torcy, is to be issued by McGill-Queen's University Press in 2013.

Rule's scholarship was recognized over the years by grants from the American Philosophical Society, the National Science Foundation, the National Endowment for the Humanities, the Newberry Library, and the Folger Library. He also held a fellowship at the Huntington Library in 1974. He held visiting teaching appointments at Case Western Reserve University (1961) and Johns Hopkins University (1968–69). In 1979, he was elected a fellow of the Royal Historical Society (Great Britain).

Rule served the scholarly community in many ways. He was active in national and regional associations, and he presented papers all over Europe, the United States, and Australia. From 1963 to 1969, he was national secretary of the Society for French Historical Studies, for which he also served as co-president in 1990. He was president of the American Society for Eighteenth-Century Studies, Midwest Section (1974), and he served on numerous editorial boards. From 1975 to 1986, he was associate editor of French Historical Studies. His committee services included those for the American Historical Association and the National Endowment for the Humanities.

As a graduate student, he was a teaching assistant at both Stanford and Harvard and served as a teaching fellow and tutor at Harvard. He also was an instructor at Northeastern University for one year. In 1958, he was appointed an instructor in history at the Ohio State University. Two years later, he was put on the tenure track there and rose from assistant professor to professor in 1968, and he served at Ohio State until his retirement in 1995. He was one of the pillars of the university as a committee member and as a faculty member who socialized and moved across disciplinary lines, for years holding a joint appointment in the French department and serving on the editorial board of the Ohio State University Press.

Most of all, this distinguished scholar was a legendary classroom figure, offering classes large and small, teaching first-year students or doctoral candidates. His graduate students are conspicuous in the field of early modern European history all across the country, and students in other fields also felt the influence of his teaching. His undergraduate students continue to remember how he inspired and encouraged in them a love of history.

In 2006, at the meetings of the Western Society for French History, his students and colleagues arranged a panel entitled "In Honor of John C. Rule." His passing will be mourned by colleagues and former students across the world. At John's request, there was no service, but colleagues are planning a memorial service for a later time. He is also remembered in the Elaine and John Rule Fund for graduate student travel abroad in the History Department at the Ohio State University.