In the October 2012 issue of Perspectives on History, in the run-up to the 40th anniversary of Roe v. Wade, distinguished women’s historian Linda Kerber offered historians a challenge. Lamenting the paucity of knowledge on what the critical 1973 Supreme Court decision meant at the local level, she called on historians to engage our students with resources available in our communities to explore several aspects of the decision: activism for and against the legalization of abortion in the states; the consequences of the pre-Roe criminalization of abortion (such as women admitted to hospitals with consequences of botched abortions, or doctors jailed for abortion provisions); and post-Roe family planning and reproductive health care. In particular, Kerber noted that time was running out to interview those who had experienced illegal abortions as well as those active in the movement for the legalization of the procedure in the 1950s, 1960s, and 1970s.

As professors at Florida Gulf Coast University (located between Fort Myers and Naples), we were profoundly inspired by Kerber’s call. Antiabortion demonstrators frequently visit our campus, often with displays that have historically problematic overtones. The Genocide Awareness Project, for example, equates abortion with the Holocaust and seeks to define the medical procedure as genocide, and Created Equal compares abortion to lynching and antiabortionists to civil rights activists. Thus, we are aware of the contemporary threat to Roe v. Wade, as well as the way in which a warped understanding of history and historical concepts is used to sway the debate on abortion rights. The demographics of our community also lend themselves to addressing Kerber’s mandate. Because southwestern Florida has a large population of retirees and seasonal residents, we have access to a larger number of people with direct experience of reproductive realities prior to Roe v. Wade than would be typical in most college towns.

Working with our university’s service-centered mission, we created a service-learning project in response to Kerber’s call. We focused on collecting oral histories, which we plan to archive in the Special Collections at Florida Gulf Coast University or at another safe and accessible repository. Our goal was to collect testimonies of women who had abortions pre-Roe because these are the stories that are in most imminent danger of being lost through age, and cannot be captured in any other way. In the written and archival record, with the odd exception of women whose stories appear as part of legal proceedings and hearings on illegal abortion, women’s experiences of illegal abortion are told by others—in newspaper accounts of a death, or the arrest of a back-alley abortion provider, for example. We sought to collect and preserve women’s voices and honor their representation of their own experiences. Though we continue to emphasize the pre-Roe stories, we have since expanded the project to focus also on women and men who have had abortions or been involved in the reproductive rights movement in the post-Roe era. This allows us to track how changing legislative climates impacted these experiences. 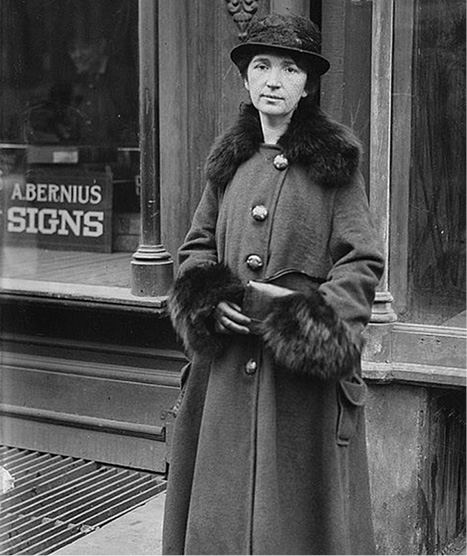 Activist Margaret Sanger (1879–1966) worked to legalize birth control and nursed women who had abortions. Her work came to fruition in 1965 when the Supreme Court ruled that contraceptive use is a constitutional right.

We began the project by reaching out to our contacts at Planned Parenthood, the Unitarian Universalist Church, and the local Coalition of Progressive Religious Voices. Supporters passed along the names of women who might have stories to share, while the UUC allowed us to place an ad for the project in their newsletter.

We collectively came up with a set of oral history questions, and trained students rigorously in oral history methods through a series of workshops in which we covered practical interview techniques, oral history ethics, technology usage, and transcribing. We worked to familiarize students with the complexity and emotional nature of the subject matter by assigning readings on abortion, notably Linda Greenhouse and Reva Siegel’s Before Roe v. Wade: Voices That Shaped the Abortion Debate Before the Supreme Court’s Ruling (available free online at documents.law.yale.edu/before-roe) and Leslie Reagan’s When Abortion Was a Crime: Women, Medicine, and the Law in the United States 1867–1973 (University of California Press, 1997). Students also watched the film When Abortion Was Illegal: Untold Stories.

Interviewees were offered the choice of either coming to campus for their interview or having students travel to their homes or to meeting places of their choice. Students were assigned to interviews in groups according to their individual schedules and levels of expertise. We always ensured that interviews were conducted with at least two students and that an experienced interviewer was always paired with a novice. In this way we minimized the chances of students being late, ill-prepared, or emotionally ill-equipped for the interviews. We have worked with the FGCU archivist, our Institutional Review Board, and university counsel to ensure that the identities of respondents who wish to remain anonymous are fully protected.

The response to the project has been overwhelmingly positive. Respondents have expressed gratitude for being able to tell their stories; students have reflected on this as a life-changing experience. Upon finishing his first interview, one student wrote: “We got done with our interview this morning, and wow. What an amazing experience to be able to hear such a story first hand. We were laughing, we were crying, and it definitely allowed us to grasp a better understanding of what women and men had to go through. You know, I can read all this history and I can watch documentaries, but hearing it directly from someone who went through it. . . just brings it to a whole new level.”

Students reflected on how they gained a much deeper understanding of the historical issues by hearing about their emotional impact on living humans. They moved beyond reading about something in books and got to create their own historical sources, creating a formal record of the past to be preserved for others. Several of the students have since become involved in other oral history projects, empowered by the possibilities of expanding the historical record with their own work, while others are seeking careers in public history.

It wasn’t only students’ abilities in historical interpretation that were advanced. Students also developed empathy and compassion for others. As one student told us: “I sat with women for roughly three hours as they told me their deepest and darkest secrets, and this led to endless amounts of compassion. I could not sit while these women cried and not empathize with them. ... These women taught me how to comprehend massive traumas that someone has dealt with, and for that, I believe I have become a better person.”

The project also strengthened our ties to the local community and built bridges across generations. We have spoken with our students at Planned Parenthood and ACLU events across southwestern Florida, and students from the project have co-organized on-campus events with the local chapter of the National Organization of Women (composed mainly of retirees). We have received overwhelming encouragement from our community and an outpouring of women and men wishing to share their stories with us. One recent event attendee has planned to hire a minivan to bring people from a city more than 100 miles away to be interviewed by our students. Community members have reflected on how much they gained from working with our students. One wrote: “Working on FGCU’s Histories of Choice Project brought together several of my passions: support for women’s and men’s reproductive health choices. . . ; community and academic engagement; friendship and student mentoring. I eagerly volunteered to participate in the project never imagining that it would lead to such wonderful outcomes. In March 2013 a trio of students came well prepared to interview me—a meeting that lasted for three hours. The lead interviewer and I developed a strong bond: we are in regular contact. . . . It has provided a ‘teaching moment’ for everyone involved—faculty, students and participants.”

Our experience with this Perspectives-inspired project shows that even in a conservative area, work with students can be conducted on politically contentious topics, and that this work has a profound experience on student learning and even on the local community, encapsulating all the best practices of academic work as a public good. It is our hope that others will revisit Kerber’s 2012 article and take up her call for action. In so doing, we can create a network of service and scholarship, preserving critical stories that would otherwise have been lost.