Historian of the American Civil War 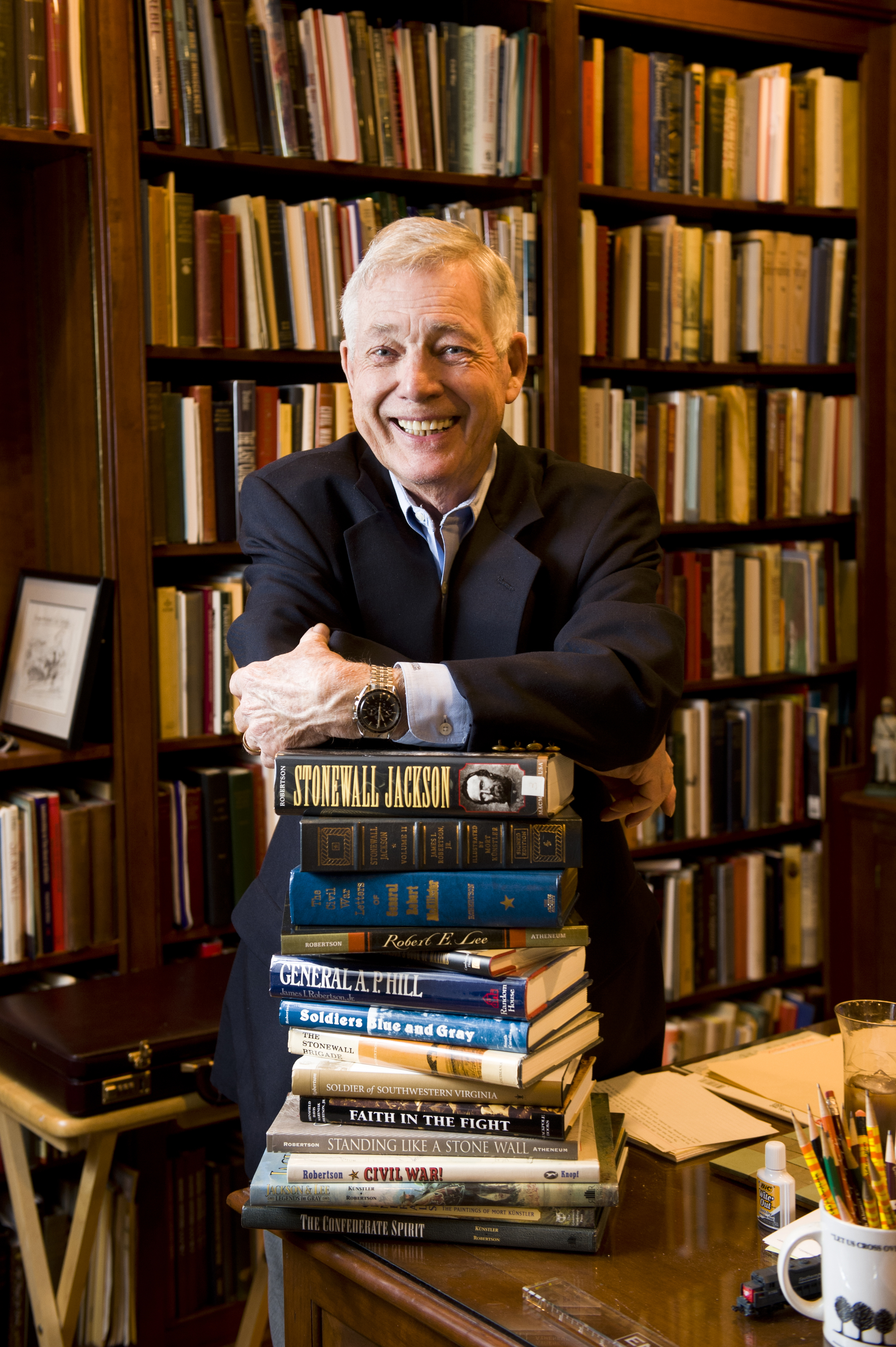 James I. “Bud” Robertson Jr., Alumni Distinguished Professor Emeritus of history and founding executive director of the Virginia Center for Civil War Studies at Virginia Tech, died on November 2, 2019, in Richmond, Virginia. A native of Danville, Virginia, Robertson earned a bachelor’s degree from Randolph-Macon College in 1955 and a PhD at Emory University in 1959, working under Southern historian Bell I. Wiley.

Robertson taught at the University of Iowa, George Washington University, and the University of Montana before joining Virginia Tech in 1967, where he worked for 44 years until his 2011 retirement. While his general expertise included southern and United States history, his specialty was the social history of the Civil War era. At Virginia Tech, he taught what is believed to be the nation’s only full-year course in Civil War history, often enrolling over 300 students. In all, more than 22,000 students took his Civil War classes over the course of his career. In 2003, he became executive director of the Virginia Center for Civil War Studies, a self-funded, nonpartisan center devoted to bringing the story of that era and its participants to the public via seminars, tours, publications, teachers’ workshops, and more. He held that position until his 2011 retirement.

Robertson’s published contributions to the field of Civil War history are many and varied. He was editor of the academic journal Civil War History in the 1950s, and in 1963 published his first book, The Stonewall Brigade. He wrote or edited more than 40 other books, as well as innumerable articles and reviews, over the ensuing half-century, concluding with his most recent work, Robert E. Lee: A Reference Guide to His Life and Works (2018). Stonewall Jackson: The Man, the Soldier, the Legend (1997) was a best-seller and won numerous accolades. He was a frequent consultant for television and film productions; his Jackson biography provided the basis for the 2003 feature film Gods and Generals, on which he also served as historical adviser.

In 1961, Robertson was appointed executive director of the US Civil War Centennial Commission. When he joined, the commission was embroiled in political controversy during the Civil Rights Movement and was at risk of collapsing from mismanagement. Working closely with Presidents Truman, Eisenhower, Kennedy, and Johnson, Robertson helped turn the observance around. In 1976, he was invited to direct the US Bicentennial Commission, but he declined.

In 2011, he accepted appointment as the only member of the Virginia Civil War Sesquicentennial Commission outside the state legislature. Largely thanks to his stewardship, Virginia led the nation in an ambitious commemoration through publications, symposia, and a traveling team who visited every county to scan Civil War documents brought out by private citizens. This project resulted in more than 10,000 items being made available to historians. With William C. Davis, he cowrote and cohosted a five-hour television documentary series, Virginia in the Civil War: A Sesquicentennial Remembrance, aired by the state’s Public Broadcasting Service stations. Every Virginia middle school and high school received a free DVD copy, and the film was nominated for a special local Emmy Award. Robertson also made time to serve on the boards of the Virginia Historical Society and the Museum of the Confederacy (now the American Civil War Museum) in Richmond. Robertson was an in-demand speaker on Civil War topics across the nation, delivering well over 1,000 talks and lectures to professional and lay audiences alike, including as a frequent lecturer on cruise boats plying American rivers and inland waterways.

In all of his efforts, he sought to bring the story of the Civil War and its people to Americans of today in a nonpartisan manner to enable future generations to grasp the continuing effects of that tragic era.