Whose Memory? Whose Monuments? History, Commemoration, and the Struggle for an Ethical Past

Jesse Washington was lynched—burned to death—on May 15, 1916. It happened in Waco, Texas. I first read of this act of domestic terrorism more than three decades ago while doing research on my doctoral dissertation. I came across it again in December while working on my introduction to the plenary session at the recent annual meeting of the AHA, which took place in downtown Atlanta, a 15-minute walk from the National Center for Civil and Human Rights. The center’s collections include an image of Jesse Washington’s corpse reproduced on a postcard that carries a message from its sender to his parents: “This is the Barbecue we had last night. My picture is to the left with a cross over it.”

This is an important part of the American past. The moment bears no monument, no memorial other than this gruesome testimonial to a perverse form of popular entertainment (attendance estimates run as high as 15,000). Memorials to lynching are few and far between, despite its frequency during the half century following Emancipation, despite its clear significance to the history of the United States. But no shortage of monuments exists to Confederate soldiers, the last (as far as I know) erected in Sierra Vista, Arizona, on April 17, 2010. Of particular interest to our meeting was Stone Mountain, a half-hour drive away, and the site of the largest Confederate monument in the world: a bas-relief carved into the mountain depicting Stonewall Jackson, Robert Lee, and Jefferson Davis on horseback. Completed in 1972, more than half a century after work commenced, the monument marks the site of the founding of the modern Ku Klux Klan (1915) and provided a reference for Martin Luther King Jr. in 1963: “Let freedom ring from Stone Mountain in Georgia.” 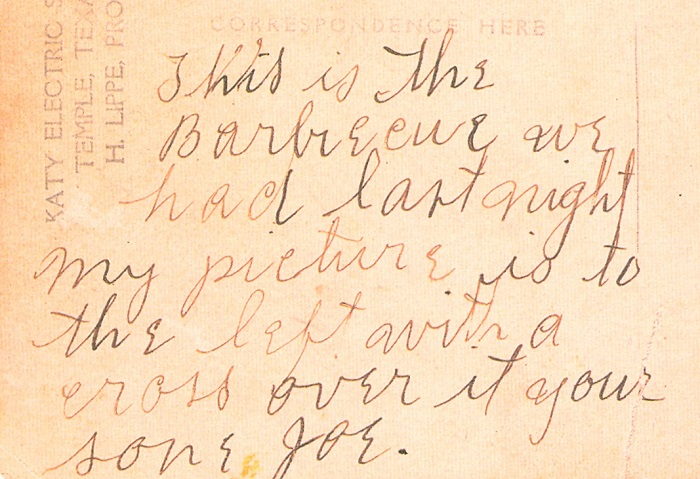 That which is memorialized and that which is left to popular memory are not accidental. Choices are made about what gets built, displayed, and given plaques. Memorials are public commemorations that legitimate what comes to be called “heritage.” We intended to explore these choices in our plenary, inspired by the controversies surrounding the Confederate flag that followed in the wake of a more recent act of domestic terrorism: the murder of nine African Americans during a prayer service at Emanuel African Methodist Episcopal Church on June 17, 2015. Our panel focused on the meaning, use, and implications of Confederate memorials, and the debates that have emerged over commemoration through naming.

This debate has thrust historians into the center of public culture. Many AHA members are faculty at institutions where students have mounted protests directed at removing the names of individuals tainted by discredited ideas or identified with discredited policies, most often relating to race and racism. Others have engaged the issues as historians should: as experts on “what actually happened” and how public culture has created new or imagined histories through memorialization based on popular narratives, sometimes narratives carefully crafted by economic and political interests for particular purposes. “What is the historian’s role in this moment?” asked panelist Daina Berry: “To provide the context in which people can understand the very complex issues of the past and the present.”

How do we do that? Do we rename thousands of highways, buildings, and institutions across the nation? Perhaps. Panelist David Blight suggested that as historians we have the expertise—perhaps even the professional responsibility—to think about the possibility of what he called a “line.” One could draw that line at people who took up arms—indeed, committed treason—to defend the rights of some human beings to own, buy, and sell other human beings. Lee. Stonewall Jackson. Davis. But what about Woodrow Wilson or Lord Jeffrey Amherst? Where does our line fall with regard to innumerable others who are part and parcel of the long and complex history of American racism?

We cannot erase these histories simply by taking down the reminders. As Earl Lewis, president of the Andrew W. Mellon Foundation, cogently reminds us, “We cannot exorcise the past without confronting it fully.”1 This is the work of historians. Our colleagues who work in museums, national parks, and other sites of historical memory will have to wrestle with the question posed by panelist and museum curator John Coski: “You can’t really erase history. You can erase the presentation of it, you can erase the memory of it, you can erase a particular spin of it, but is it really erasing history?” 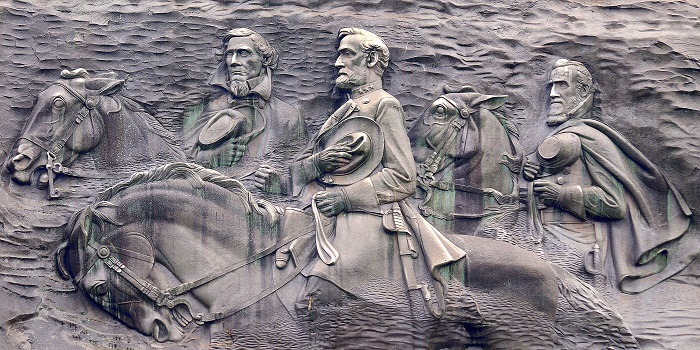 Of course not. What happened, happened. So on college campuses we have a unique opportunity: to teach students how to figure out what happened in the past, and to provide them with an opportunity to keep that past in direct conversation with the present—including the commemorative objects they find problematic, if not downright offensive. We can even be a little bit imaginative, offering opportunities to develop skills and habits that employers tell us our students need, that are collaborative and cross-disciplinary. Undergraduate history students, for instance, could work with design and architecture students to create historical markers—maybe even small monuments—that reside alongside and speak to a named campus building or statue, both historically and aesthetically. The students would be required to do the necessary research, write text, collaborate with colleagues in appropriate disciplines to prepare and submit proposals for construction, and perhaps use digital media to disseminate their work beyond the campus. Students are interested in these issues; let’s harness that engagement to fulfill the educational missions of our colleges and universities.

If we cannot erase the past, we can’t erase memories of the past, either—they too are an important part of our history. Everything has a history: slavery itself, the defense of slavery, the myth of the Lost Cause, and the resurrection of that myth for political purposes in response to the Civil Rights Movement of the mid-20th century. As historians, we know that this is the purpose of revisionism. If that term implies invention and untruth for some readers, then it is our job to explain the term and the process better.

And as historians, we will need to confront our own part in the evolution of a national memory that produced textbooks complimenting slaveholders for civilizing their chattel and justifying the removal and killing of generations of Native Americans. The AHA’s hands are by no means clean. We still have a Dunning Prize, neatly matching the now discredited (and “revised”) “Dunning school” of Reconstruction historiography. Our journal is complicit in the legitimation of histories that have done harm. These histories have been revised, generally discarded from our syllabi and narratives. But they reigned for a half century or more, and still command substantial respect in popular culture. This reconsideration will require humility and persistence both. Our teachers got some things wrong. Their teachers got some things wrong. And yes, we are no doubt getting some things wrong. Without sinking into the morass of whiggery, I hope we’re getting better.