The Supreme Court Nomination and the Politics of Checks and Balances

As the US public waits to find out whom President Obama will nominate to be the next associate justice of the Supreme Court, it may be helpful to consider what we have learned and not learned in the last few weeks about the history and politics of presidential appointments. 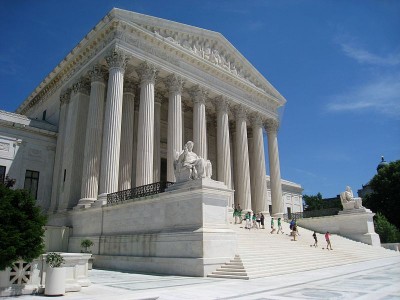 “The Supreme Court vacancy is not just a constitutional matter; it is also political.” Wikimedia Commons

Here’s the catch. The Supreme Court vacancy is not just a constitutional matter; it is also political. Much of the recent debate about whether there is a history of “lame duck” presidential appointments to the Supreme Court has been political. Timothy Huebner and Paul Finkelman have made helpful contributions to this discussion. Meanwhile, Gary Wills has observed that the authors of the Constitution never intended the public to have a direct say in the selection of Supreme Court justices; they wanted the president to nominate and the Senate to consent (or not). The Senate’s power to grant or withhold its consent, of course, is just one aspect of the Constitution’s system of checks and balances.

Another part of that system, however, has been missing in much of the discussion about the current situation: the Constitution is designed so that in general the president and Senate can be checked by a Supreme Court dominated by their predecessors’ appointees. There have been exceptions to this rule. George Washington nominated all of the justices who served during his presidency; Presidents Jackson, Taft, and Eisenhower each appointed five or six justices to the court; FDR appointed nine. For all of the rest (and even for Jackson, Taft, FDR, and Eisenhower for most of their years in office), the life tenure of Supreme Court justices means that the president and Senate could be supported or undermined by a court dominated by judges appointed by their predecessors. That is quite a check.

It is often said that the Constitution was designed to prevent concentrations of power in one branch of government, limit the ability of one branch to govern without the others, and avoid decisive government action unless there is a strong political consensus. In this respect, constitutional originalists should be pleased that the current president and Senate now have the opportunity to strengthen their checks on the next ones. This especially should be the case for politicians who believe in the importance of limiting the federal government’s powers.

If the will of the US public over the last five decades can be determined based on the outcome of national elections (and it is not clear that it can be), voters have wanted significant checks on the president and Congress. This was not as clearly the case in the immediately preceding era. In the years from 1932 to 1968, voters elected a Democrat as president in seven out of nine contests and a Democratic Congress in 16 out of 18. This ensured that the Supreme Court was dominated by justices appointed by Democrats through most of the 1940s, 1950s, and 1960s. In contrast, voters since 1968 have mostly acted as though they want a divided government, which has tended to limit decisive action. Republican Presidents Nixon, Ford, Reagan, and Bush (senior) were checked by Democratic majorities in the House, Senate, and/or Supreme Court; Democratic Presidents Carter, Clinton, and Obama were checked by Republican majorities in the House, Senate, and/or Supreme Court.

The politics of checks and balances over the last 50 years might help us better understand the extraordinary intensity of current Republican efforts to deny Obama a third appointment to the Supreme Court. Eighteen presidents have appointed three or more justices (this includes the vast majority of presidents who have served two full terms), but the opportunity to replace a strongly conservative justice with a strongly liberal one (or vice versa) has been rarer. Most recently this occurred in 1991, when Clarence Thomas replaced Thurgood Marshall, and it could have happened one year earlier, when David Souter replaced Brennan, and in 1975, when John Paul Stevens replaced William O. Douglas. Republicans also know that in the last few decades Democrats have been more satisfied with their justices than Republicans have been. Many conservatives have expressed disappointment in the voting records of Republican appointees (most notably Earl Warren, William Brennan, Harry Blackmun, John Paul Stevens, Sandra Day O’Connor, Anthony Kennedy, David Souter, and John Roberts). Democrats have been less disappointed in the politics of their appointees, though some have felt this way about the four justices appointed by Truman and one of the two appointed by Kennedy (Byron White).

Notwithstanding these disappointments, there is no denying the fact that Republican appointees have dominated the Supreme Court since the early 1970s. In fact, when Ruth Bader Ginsburg was appointed to the court in 1993, she was its only Democratic appointee. Party control of the presidency, House, and Senate has shifted multiple times in the last five decades, but control of the Supreme Court has not shifted once since the early 1970s. Republicans know this, and they surely believe that their disappointments in the decisions of a court dominated by Republicans will only grow if the court has a Democratic majority, which presumably will be the case if Obama’s nomination is confirmed.

Republicans have another reason to oppose Obama’s nomination with special intensity, and it, too, relates to checks and balances. For decades now the Republican Party has campaigned as the enemy of big government. In fact, most Republicans are not against big government—they favor a strong military; increased immigration control; vigorous law enforcement; intensified drug control; corporate welfare; and government restrictions on abortion, affirmative action, birth control, homosexuality, same-sex marriage, sex education, etc. Nevertheless, Republicans campaign as the enemy of big government. In this respect, checks and balances serve the Republicans well by making it difficult to initiate new government programs or build on existing ones. In some ways, Republicans benefit when government fails. If Senate inaction on Obama’s nomination makes it harder for the Supreme Court to function, that would seem to be all to the good as far as many Republicans are concerned. Not only will the president be checked; so will the Supreme Court.

Of course if the Republicans win the presidential and congressional elections in November and the Supreme Court vacancy is filled by President Trump, Cruz, Rubio, or Kasich with the advice and consent of the Republican Senate, who will be left to check the Republicans? 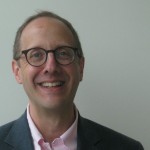 Marc Stein is the Jamie and Phyllis Pasker Professor of History at San Francisco State University, where he teaches courses on constitutional law, social movements, and the history of sexuality. He is the author of City of Sisterly and Brotherly Loves (Univ. of Chicago Press, 2000), Sexual Injustice: Supreme Court Decisions from Griswold to Roe (Univ. of North Carolina Press, 2010), and Rethinking the Gay and Lesbian Movement (Routledge, 2012).