The Natty Professor: Looking Like a Historian at #aha16

Editor’s note: A shorter version of this article ran on the AHA’s blog during the 2016 annual meeting. It proved so popular that we decided to run the full version in Perspectives. 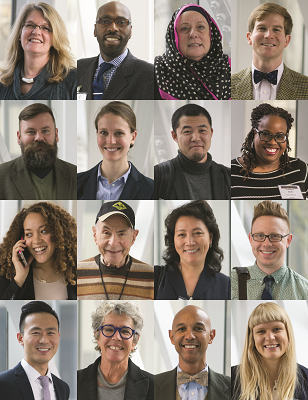 The annual meeting of the American Historical Association is now a memory. From across North America and the world, professional historians, teachers, graduate students, archivists, and laypeople gathered in Atlanta, Georgia. Some attended meeting workshops and academic panels. Others were there to sit on organizational committees and to do the business of the discipline. A significant contingent arrived for the annual round of job interviews for tenure-track positions in the field, and a great many thronged events dedicated to career development. But very few blended into the local population of Atlanta denizens when they left the soaring atriums of the hotels in downtown Atlanta. To some extent this was because annual meeting attendees often forget to remove their name tags when heading outside. But it goes beyond name tags: it is hard to deny that we historians have a look.

Of course the historian’s wardrobe has changed dramatically over the years, evolving along with the face(s) of the discipline. While the top results for a Google image search for “history professor” depict tweed, elbow patches, bowties, gray beards, and, almost exclusively, white men, the profession hasn’t looked that monolithic in decades. Last summer, Sara Pritchard, Adeline Koh, Rusul Alrubail, Michelle Moravec, and many others challenged this perception with the Twitter hashtag #ILookLikeAProfessor. Academics who didn’t fit the archetypal profile tweeted their experiences, sometimes with pictures of themselves, to show what “professor” might bring to mind today.

“Looking like a professor” has other connotations, too. For many historians who are invisible in that Google image search, getting dressed for work is anything but a utilitarian practice. Often for women, those who are gender nonconforming, people of color, and those with disabilities, getting dressed comes with layered political and social meaning. The following categories are meant to be playful, but they also highlight the ways that some of us take on established norms without saying a word every time we leave our conference hotel rooms. While we can always expect wardrobe standards and classics at each winter’s meeting, Atlanta saw some historians playfully gesturing to days past (thumbing their nose at the old patriarchy) and some issuing new declarations of the fierce and fashionable.

Some of us take on established norms without saying a word every time we leave our conference hotel rooms.

These historians are established. They have tenure. They have book(s) featured at the Exhibit Hall. They sit on committees. They can be spotted at the hotel bar reminiscing with old graduate school chums, rushing to see a favorite student’s presentation, or dashing off to their institution’s interview suite. The adjective that best describes this set: comfortable. The masculine dresser will undoubtedly wear slightly oversized trousers with light wrinkles from multiple days of wear, a solid button-down shirt, a lambswool V-neck sweater or a blazer in a solid color, black or brown trouser socks (though white athletic socks aren’t out of the question), and black or brown slip-on shoes like loafers, sneakers in a solid color, or boat shoes. The feminine dresser also has a recognizable aesthetic. They’re wearing a draped top that gestures toward mall-friendly mature fashions, leggings or black trousers, and sensible shoes. This look has carried many an academic through an entire career of AHA meetings.

The best adjective to describe the Job Candidate’s style: nervous. It doesn’t matter if the Job Candidate has been to the annual meeting before, nervousness is tough not to wear on one’s sleeve. The choice of clothing for the Job Candidate greatly exacerbates this fact. Oddly, the style for the Job Candidate hasn’t changed in the history of the profession. Few historians wear suits with regularity. In fact, most job candidates will not sit across from a single interviewer who is wearing a suit. Yet, the off-the-rack, rarely worn, stiff interview suit remains the standard for interview wear. Pro tip: wear your suit at least twice before showing up to interview. Do the same with your shoes. Most dress shoes can be cruel if not properly broken in, and many a candidate has hobbled to their interview as a result. You’re never not going to look nervous, but you can look slightly more comfortable in a suit you’ll most likely never need as a professional in the field.

Grad school is over! That dissertation is locked away! And to top it all off, they’ve done it: they have a tenure-track job. They have a mailbox among the faculty mailboxes now. Even if their colleagues regularly mistake them for students or like to comment on how some of the books they’ve written are older than said Up-and-Comer, these encounters are the price they pay for that tenure-track paycheck. Which means “Hello, grown-up conference-wear!” One rule applies to all masculine, feminine, or androgynous dressers in this crew: they are wearing at least one item that cost no less than half of their rent in graduate school. That watch, that purse or bag, that necklace, those shoes? Repeat after me: TREAT. YO. SELF. The feminine Up-and-Comer typically wears a sheath dress or a pencil skirt in a solid color, a twinset or blazer, opaque tights, and sensible heels that can go from classroom to conference panel. Their masculine counterpart wears a slightly better fitting version of the Classic’s wardrobe: straight-leg trousers in denim or chino, a button-down shirt in a hip fabric like chambray or gingham, and business casual shoes or boots.

Every department has one or even two of these put-together colleagues. They’re of a certain age. Their clothes fit like they were tailored (they were). They show up fashionably late to faculty meetings (because they can). They chair panels for younger scholars and then deliver comments that are better than any of the papers anyone just heard (they don’t mean to, honest). Their shoes are well cobbled and sometimes have red soles. They smell good. They wear up-market versions of the Up-and-Comers’ wardrobes gracefully. They excel at accessorizing. Think zany, trendy, large-framed specs. Think fur hats passed down from midcentury aunties. Think leather gloves in plum or teal or aubergine. Gray hair? Try gray crown of glory. Patterns and prints? Yes. Mixed and matched by color family? Yes, please. They wear upscale basics and on-trend pieces that the Up-and-Comers aspire to.

Dandies and femmes are among the Classics, the Up-and-Comers, and the Divas and Dons. They don’t always comply with gender norms. Rather than conforming to the notion that taking pleasure in one’s clothing denotes less serious academic engagement, they have fun with conference fashion. Some play with hyper-gendered clothing and others gesture toward the androgynous with aplomb. Some elaborate on the masculine styles of the archetypal demographic they’re replacing. They’re wearing wingtips. They’re wearing tweed blazers. They’re wearing bowties and pocket squares. Nothing says “I’ve been in the archive complicating my understanding” like facial hair and large spectacles. The femmes reject the dowdy required uniform of old and look past stalwart professional basics toward the bold. If they’re in a sheath dress, it is in a daring pop of color and belted to perfection. If they’re in heels (they often are), the adjective “sensible” belongs nowhere near them. Their heels are fly, they are fierce, and whether or not they are sky high, they are high impact.

Thinking about how historians choose to present themselves is fun hotel bar chatter. But it is also important to consider how our looks, all of our many looks, have changed over the years. As new folks bring their take on professional wear to conference panels, roundtables, and even job interviews, they also bring themselves to classrooms, places where the changing faces of the profession certainly have an impact. Worry not, though! As beards and bowties make a comeback, spreading out from the world of femmes and dandies, it is safe to say that elbow patches will always be in fashion. 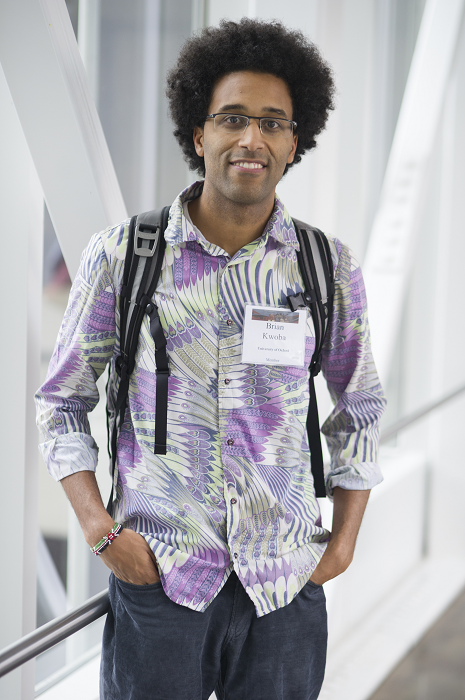 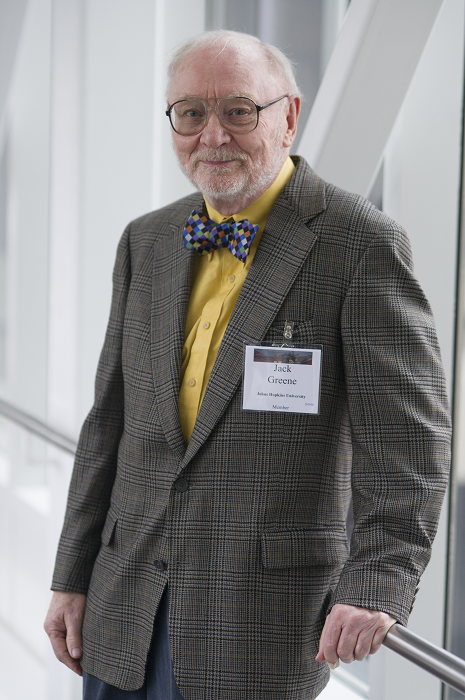 While at the annual meeting, photographer Marc Monaghan took photographs of historians as they passed by on the Skybridge from the Atlanta Marriott Marquis to the Hilton Atlanta. For the complete collection, check out our accompanying Pinterest board.