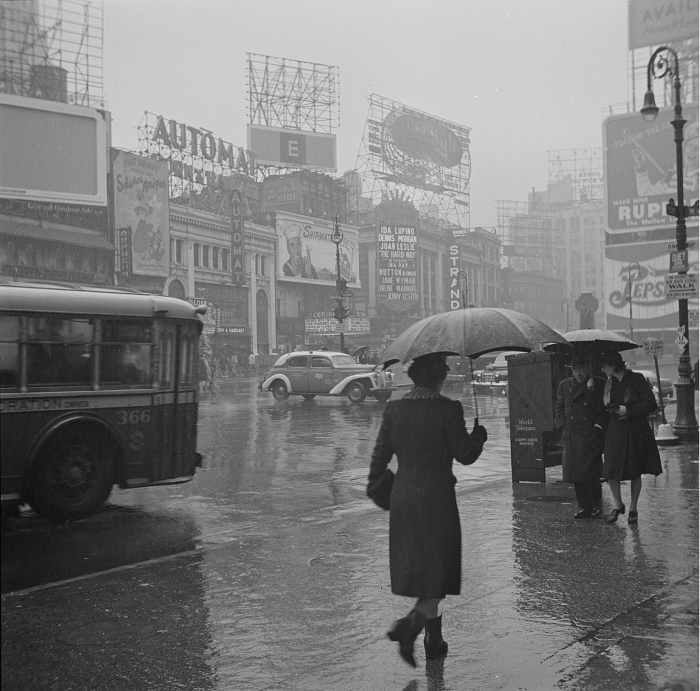 Plenty of historians have nothing good to say about “the AHA”—what we at headquarters refer to as the annual meeting. It’s big and impersonal. It’s expensive to get to, and registration fees can be higher than at regional conferences. And it’s usually really cold outside.

To many, the annual meeting is cold inside, too. Graduate students and early career historians on the job market (both within and beyond the professoriate) might find it a chilly experience indeed.

I’m writing just after the annual meeting in Atlanta. All in all, I’d say it was the best I’ve ever attended, and it was my seventh. But I wasn’t unemployed or underemployed. For the first time in five years, my eyes aren’t glazed over from staring at the job wiki; I’m not almost broke from expenses related to looking for a job; and I’m not in existential crisis because I’m still not sure why my research matters. For the four years when I was looking for a job, I hated the annual meeting. I was paranoid that everyone was judging me. I resented people from institutions more prestigious than mine. I was too stressed out to greet old friends and too lonely to meet new ones. Everything was riding on one or two interviews—everything.

I’ve written in Perspectives and on the AHA’s blog, AHA Today, that I was actually having fun at the annual meeting without knowing it and that I wish I’d paid more attention to living within moments of camaraderie and intellectual stimulation. But it’s impossible to be blithe. The AHA knows that the psychological and emotional toll on historians looking for academic jobs is real, and it is a problem. In recent years, many search committees have taken steps to ease burdens on academic job seekers, and the AHA itself has been proactive in combating the idea that an academic job is the only viable career path for history PhDs through its Career Diversity for Historians initiative and the welter of career-oriented opportunities at the annual meeting itself. But for the moment, AHA interviews are often the goal of the fall semester. The presence of new historians with fresh ideas should energize the meeting. But if many ABDs, contingent faculty, and postdocs feel too anxious to participate enthusiastically, it can’t be good for the meeting, the AHA, or the discipline of history itself.

So I offer these reflections in the spirit of making a good thing good for more people. I’m not qualified to offer helpful tips on managing stress or depression, though I went through them. And I’m not going to rehearse the professional advice available on dozens of websites, though I encourage everyone—job seekers and advisers alike—to consult them. Consider this an exercise in solidarity.

Let’s set the time machine back to my first annual meeting on the academic market: January 5–8, 2012, in Chicago. I was ABD, with one interview—Grinnell College—and I felt sure I’d nail it. I’d gone to a progressive liberal arts college and therefore believed I knew everything about teaching in that environment. I also imagined plundering various budget lines to bring pet speakers to campus—money that alums told me was everywhere. That would surely impress the search committee.

The interview was fair at best. A member of the committee asked why I hadn’t taken many women’s history courses—a reasonable question, given that the job was in US women’s history. “Rutgers is one of the top-ranked programs in women’s and gender history, so the people who teach your reading courses are often women’s historians,” I said. The committee members nodded. Good answer! I was emboldened. “I didn’t even pay attention in the one course in women’s history I took,” I said, laughing. Bad answer. Faces fell. Next.

Chicago was also a year of tension with one of my best pals from grad school. We were in entirely different fields, but I couldn’t understand why she got five AHA interviews to my one. My resentment boiled over after the meeting, and we didn’t speak for about three years. The academic job market didn’t cause our falling out, but it was the backdrop and the soundtrack. We’re good now, but not being there for each other for that long was tough for both of us.

Fast forward to the 2013 annual meeting in New Orleans. Immediately gaga for the city, I took long ambles around the French Quarter and Broadmoor, the neighborhood where I was staying. One of the meeting hotels hosted the Sazerac Bar, known for its namesake cocktail and oak-paneled elegance. I went with a small posse, still in my smart interview attire. This time, I thought, I just might have aced it.

Berkeley: a job in US history, specialization open, and me with a published article, a defended dissertation, and a reality-based teaching portfolio. The interview flowed organically and didn’t feel like an inquisition. I got a golden-ticket call a couple of days later from the search chair, but I didn’t end up inheriting the chocolate factory.

I went to the Sazerac Bar in New Orleans with a small posse, still in my smart interview attire. This time, I thought, I just might have aced it.

Not getting that job was traumatic, mainly because of the psychological, physical, and financial exhaustion of that year’s academic job season. But one of my mentors, who had a friend on the search committee, had also made a cryptic remark before the campus visit: “They know you’re a poet. You have to show them you’re a historian.” With my grad-student paranoia, I convinced myself that that came straight from the search committee. I didn’t get the job; ergo, I didn’t show anyone I was a historian. Maybe my work didn’t matter. I won a postdoc at the University of Southern California that year, so I wasn’t stranded in unemployment. But the self-doubt remained.

And with that at the back of my head, I couldn’t bring myself to get excited for Washington, DC, site of the 2014 annual meeting. But there was more. Seven days before the first of my two interviews, my stepfather died, less than four months after being diagnosed with pancreatic cancer. Just before he passed, I’d e-mailed the search chairs (Jana Lipman at Tulane and Rebecca McLennan at Berkeley) that I might not make it to the annual meeting, and both kindly offered to let me interview via teleconference. Two days later, I wrote back and said I’d be at the annual meeting after all. With him gone, I had no excuse not to show up. (Or so I thought.)

Sometimes I look back at those last few hours with my stepdad and take comfort from the fact that he died thinking I’d get a job at Tulane or Berkeley. But I couldn’t deal with the annual meeting. It was bitterly cold and icy, making the hotels uncomfortably drafty. Exhausted, I found myself spacing out during conversations. For the first time, I ran into people I knew at every turn, but I didn’t want to talk. A friend treated me to McDonald’s, hoping I’d eat something.

I all but crumbled under grief-induced spaciness and hurt, unable to let interview irregularities roll off my back. One search committee member fell asleep. Another asked tripartite questions, only to have a colleague interrupt as I tried to answer. An academic prominent in my field told me to “riff” on a topic tangential to my work. The interviews went so poorly I thought I must have unconsciously thrown them, and I was still haunted by the idea that my work didn’t matter, that I was a mere poet.

The 2015 annual meeting was in New York, which I thought of as my hometown. But again, everything was riding on one interview, and that made it hard to enjoy the city. I was fortunate to be considered by an ultra-professional search committee, and everything about the interview went smoothly. I was able to greet friends, even the ones who’d been in academic jobs for a few years, which would have inflamed jealousy previously. I was able to open up about deciding that it would be my last year on the academic job market—grad school friends and many faculty congratulated me, while another mentor stunned me by saying he was “disappointed.”

But I did choose life as a historian beyond the professoriate, and not as a consolation prize—I turned down the tenure-track job offer that emerged from that one interview to work with a team, put my editing skills to use, and evangelize on history’s behalf. And now that I work in the AHA’s publications department, one of my missions is to draw graduate and early career historians into participating in the annual meeting and the life of the Association more generally. I hope you can see by our coverage of Atlanta that 2016 was a great year to be at “the AHA,” whether you were considering a career within or beyond the professoriate, or both. There are some things that do need to change to make the annual meeting more welcoming. I encourage you to become active in the Association, perhaps through the activities of our Graduate and Early Career Committee. The AHA can’t solve every problem facing the discipline, but “the AHA” can be a place where historians come together because we care deeply about history.