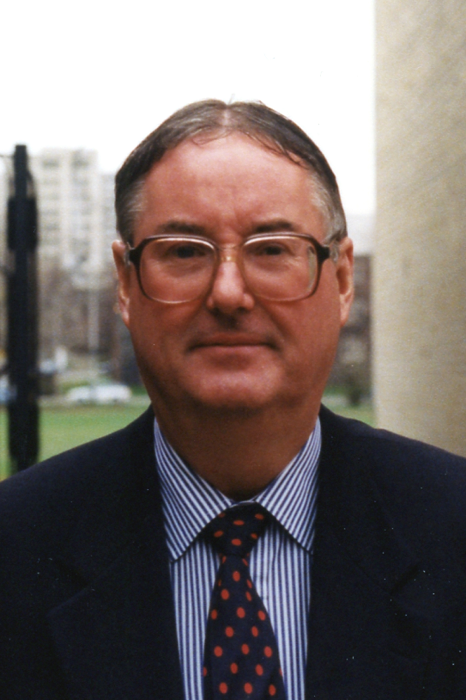 David was born in Rugby, England, in 1939, and moved with his family to British Columbia at the age of 16. He earned his BA jointly in French and history at the University of British Columbia in 1959, an MA in history from Northwestern University in 1960 (as a Woodrow Wilson scholar), and a PhD under the direction of famed French historian Alfred Cobban at the University of London in 1964. He later transformed his thesis into an excellent first book, Ultraroyalism in Toulouse: From Its Origins to the Revolution of 1830 (Johns Hopkins Univ. Press, 1973).

This was 1960s–70s history at its best: one discerns the imprint of the Annales school, careful, painstaking local research, and the unmistakable influence of Cobban on the legacy of the Revolution. The book examines the founding moment of French ultraconservatism by investigating the networks and social universe of counterrevolutionaries. These were not just conservatives in the classic sense of the term: they actively sought to turn back the clock—as David contends, much as Vichy or the paramilitary OAS would later aspire. He shows how an idealized return to the past proved impossible even after the royalists returned to power in 1815, their paternalist, ultra-traditionalist values having proven difficult to re-instill in a France marked by the legacy of 1789.

David would take up some of these themes again in his remarkable study Nobles in 19th-Century France: The Practice of Inegalitarianism (Johns Hopkins Univ. Press, 1987), delving into the kinship bonds of the nobility and examining everything from milieu to property to the transmission of socio-cultural capital. The book was translated into French, as always to consistently outstanding reviews (Nobles, titrés, aristocrates après la Révolution, 1800–1870).

Between these two connected books, David had turned to other interests, indeed other fields, whose stakes and contours he mastered in record time. In 1976, he produced a book on the Portuguese communities in Canada—translated into French three years later—and, with Bill Callahan, co-edited an important comparative volume, Church and Society in Catholic Europe of the 18th Century (Cambridge Univ. Press, 1979).

David subsequently edited two wide-­ranging volumes: Portuguese Migration in Global Perspective (Multicultural History Society of Ontario, 1990) and Queer Sites: Gay Urban Histories since 1600 (Routledge, 1999). In the latter, he contributed chapters on Lisbon and Rio de Janeiro, turning his attention not only to sexual diversity studies, a field on which he taught a path-breaking seminar for the University of Toronto’s history department starting in 1998, but also to urban spaces: gay sites of leisure, socialization, and sociability.

The governments of France and Portugal both decorated David for his scholarship (including Chevalier dans l’ordre des palmes académiques). He retired from the University of Toronto in 2004 but remained an active member of several academic communities, in Portuguese studies and French history most notably. His research notes and findings on the Portuguese community in Canada are housed in a special collection at the York University archives. There is also a David Higgs collection at Saint Michael’s College Library at the University of Toronto.

Until recently, David was working on several projects. One was tentatively titled “A Tropical Inquisition: Brazil in the Late 18th Century.” Another dealt with the Enlightenment, the Inquisition, and the Lisbon Tribunal, and a third was provisionally titled “Three Portuguese Portraits from the Late 18th Century.” He also evoked a sequel to his book on the French nobility, which in his more whimsical moments he would refer to as “Nobs II.”

David’s colleagues, graduate students, and friends will remember him for his kindness, good humor, wit, collegiality, and guidance. He will be dearly missed. He is survived by his partner, Kaoru Kamimura, as well as by a brother, Michael Higgs, and sister-in-law, Rosemary Lear.