Futures of History: Empowering the Next Generation of Historians through Career Diversity

Recent efforts to professionalize doctoral students in history for careers beyond the professoriate, including initiatives such as the AHA’s Career Diversity for Historians, have faced significant resistance from critics, students, and faculty alike, who worry about the commercialization of the academy. Skeptics express concern that attempts to “repurpose the history PhD” dissuade graduate students from scholarship in favor of other career paths, and deliberately devalue both a doctoral degree in history as well as the pursuit of historical knowledge.

As a skeptic myself, I share similar fears about the neoliberal trend toward the “bottom line” in education—a race to fill lecture hall seats with warm bodies rather than focus on the quality of pedagogy, and a growing disdain for the “privilege” of intellectualism, the uneconomic endeavor to understand the human past. I, too, reject the logic that a recession should alter the intrinsic value of a career in history. But I also believe that civic engagement is obligatory for historians, as for all public intellectuals, and that for more than pure economic reasons, historians in training need to think broadly about the role of history in society. This is precisely why I serve as one of the graduate student coordinators of UCLA’s iteration of the AHA Career Diversity initiative.

For historians, as for our colleagues in the humanities and social sciences, the academy of the 21st century is a very different place than it was a few decades ago. Departments are shrinking, the structure of tenure is under intensive reevaluation for its sustainability, and the markers for success in the historical discipline are changing rapidly. Furthermore, the permeation of technology has changed all aspects of the discipline, from the archive to the classroom. This year’s February issue of Perspectives carries yet another article on the conditions of the academic job market and notes that the number of academic positions advertised with the AHA in the 2014–15 academic year declined for the third year in a row. The number of tenured and tenure-track faculty lines in the discipline have also fallen over the past five years. Subsequently, the glut of hooded graduates relative to the academic jobs available poses an existential crisis for the discipline, let alone the individual.

In response to these challenges, the Department of History at UCLA, one of the four AHA/Mellon Career Diversity pilot programs, has organized Futures of History: Discussions, Demonstrations, Displays, a conference aimed at empowering the next generation of historians and defending the value of historical training. In an effort to present a bold new approach to the field of history and its many professions, this event will bring together students, faculty, alumni and colleagues outside the academy, and feature discussions with innovative leaders, demonstrations from a wide variety of professionals, and displays of new ways of conceptualizing the discipline.

From the outset, it was imperative to me and my colleagues on the organizing committee that the UCLA conference focus on the following: the inherent value of the study of history, the crisis in quality of historical training, and the crucial need for historians to be civically engaged. It is true that the academic job market for historians is extremely competitive. And it is also true that the skillset of a historian is highly transferable. But any attempt to repurpose the history PhD without first addressing the systemic problems within graduate training in history would be futile, especially when PhD programs fail to achieve even their fundamental goal of training historians to teach, research and write well. Thus, the organizing committee for UCLA’s conference designed this multi-generational, multi-vocational meeting of historians to be first and foremost a discussion of the current state and the future of our discipline, second a forum in which historians at every stage of their careers can dare to envision the many possibilities for historians, and third to develop plans to achieve the goal of gainful employment as a historian.

If you are in a history PhD program, a postdoctoral fellow, a tenure-track professor, in search of employment, or if you simply want to engage in serious discussions about historical pedagogy and the future of our discipline, please join us in Los Angeles on February 25 and 26 to explore the Futures of History. 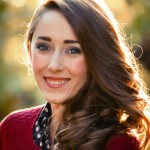 Grace Ballor is a PhD candidate in UCLA’s Department of History, focusing on the economic history of 20th-century Europe. Her dissertation research investigates the role played by multinational firms in European integration and the development of the European Union. Her CV and contact information can be found at www.graceballor.com.