Established by the AHA in 2002, the National History Center brings historians into conversations with policymakers and other leaders to stress the importance of historical perspectives in public decision-making. Today’s author, Ina Dixon, spoke on an NHC panel at #AHA16 on “Defining Social Needs: A Conversation about Philanthropy Past and Present between Historians and Foundation Officials.” 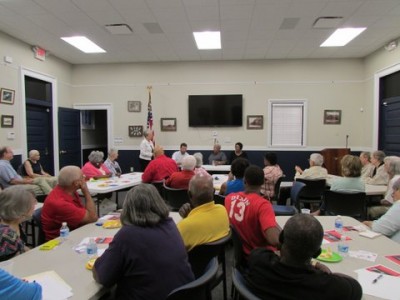 Dan River community convenes during a Civil Rights Discussion series held in the summer of 2015 through a partnership with Virginia Foundation for the Humanities, History United and the Pittsylvania County Library System.

We, historians and humans alike, need history. Just ask Nietzsche, who said as much in his 1874 essay On the Advantage and Disadvantage of History for Life. Nietzsche clarifies the use of history for us in this essay, stating that history is only helpful in its service of our present needs, only useful as a support for “life and action.” Nietzsche here provokes an important question we should ask ourselves more often: how can the past, something old and often dead, invigorate our lives? This question raises another: how do we ensure that we are using history as a resource to solve our present-day woes?

History can have a role in ameliorating modern problems. However, history as a resource is often overlooked by most vital institutions that work for the betterment of today’s society. What might happen if institutions, such as philanthropic organizations, attempted to solve today’s most pressing social problems with history by their side?

One philanthropic organization, the Danville Regional Foundation (DRF), is taking up history as an asset for defining and addressing present social need. Organized in 2005 with an original capitalization of $200 million, DRF has made commitments totaling over $70 million to organizations serving the residents of the Dan River Region, which includes Virginia’s Pittsylvania County and Danville as well as North Carolina’s Caswell County. DRF’s overall mission is to be “a catalyst for innovation and agent for transformation in the region” and it views history not just as a dusty narrative of past events, but as a resource that can help a community redefine itself and mend its crippling racial divisions.

The Dan River Region’s history casts a long shadow, visible across the vacant tobacco barns, the abandoned homes, and the vast and empty mill buildings that all stand as ghostly stalwarts to future progress. With about 130,000 residents, the region was built on the two major industries of tobacco and textiles, both of which have significantly reduced their operations and left the region since 2006. With the loss of its staple industries (the textile giant Dan River Mills employed around 14,000 in its heyday) came also a decline in regional population, a stalled belief in progress, and the collapse of a community identity and a shared vision forward. 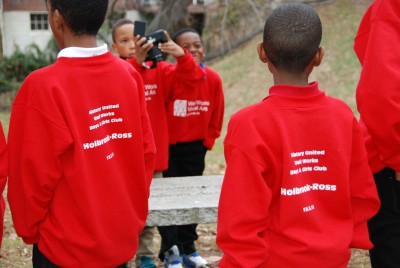 In a region still struggling to come to terms with a dramatic shift in its agricultural and industrial economy, the Dan River Region community has the added tension of current and past racial divisions. The principal city in the region, Danville, Virginia, has a population that is almost 50 percent black and 50 percent white. Despite this even demographic makeup, many residents in the city promote and preserve a majority white narrative, identifying with a moment in 1865 when Danville served as “the last Capitol of the Confederacy.”

The dominance of this commemorated Confederate past obscures the important civil rights events that occurred in the city a century later, such as Bloody Monday, a protest that turned ugly in downtown Danville in June 1963. This civil rights narrative has yet to be woven into a broader story of Danville, and until very recently, had been neglected by the local community all together. Events like Bloody Monday demand an equal historic weight, especially as this region—like many others—looks to the past to define its future.

In an effort to repair this widening divide of the Dan River community, DRF initiated a project called History United in 2013. Charged with the task of organizing local residents to collectively reexamine their divided past and unify their present-day lives, History United works with community members and digs into the local history to find solutions for the region’s social needs of a renewed identity and mended racial divisions. 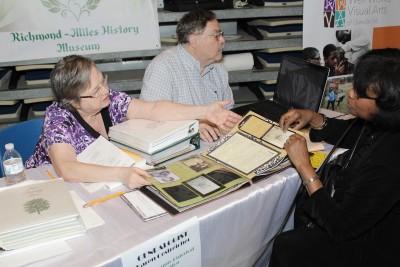 History United began as a short project by a group of summer interns, which was then expanded to incorporate several means of collecting and validating the histories of the region’s diverse population. Today with a full-time staff to lead the effort, History United implements community programs and meets regularly with a diverse committee of local librarians, teachers, historians, museum officials, and interested citizens to realize the project’s basic premise: that everyone’s history is important and that the Dan River Region has a shared past that must be collectively acknowledged and showcased.

Though this initiative is still in its beginning stages, History United has already started partnerships that use the past to foster an inclusive regional identity. For example, in the summer of 2015, History United partnered with the Pittsylvania County Public Library system to host a Civil Rights discussion series, bringing together black and white residents to discuss racial memories and to find common solutions for reconciliation. Funded by the Virginia Foundation for the Humanities, the series included an event featuring local resident and active participant in the Civil Rights movement, Robert Gilbert, whose family-owned restaurant had been a haven for activists, including black celebrities like Fats Domino and James Earl Jones, during segregation. The ensuing discussion focused on the need for today’s youth to protest peacefully when faced with racism and to become active agents of change.

Just like many communities, the Dan River Region’s history is divided, controversial, and at times embarrassing to modern sensibilities. Yet the answer for community development lies in helping communities define how they can use the past to empower their present lives, not confine it to display cases that exclude both diversity and progress. With History United, DRF has taken a distinctive approach to addressing its region’s need for a collective identity and future vision; it is an approach that employs the strength of memory, narrative and the past to advance the community’s future. 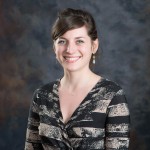 Ina Dixon is a fellow at the Danville Regional Foundation, where she leads History United. Read more about the initiative online at www.historyunited.org or follow @DanRiverHistory on Twitter. History United is on Facebook and as Dan River History on YouTube.