“Are You on the Job Market?” Reframing Casual Conversations about Careers

“Are you on the job market?”

“No,” I said, pointing to the bold red ribbon imprinted with “AHA Staff” attached to my name badge. “I already have one. I’m the associate editor, publications, at the AHA.”

“Oh, so are you going on the job market in the future?”

Thus began one of many conversations I had at the 130th annual meeting of the American Historical Association in Atlanta. And I’m sure that I wasn’t the only one at the meeting who had to field these customary questions regarding one’s status on the job market. I’m a recent PhD after all, so how could I not be “on the job market”? I think it’s time for us to reconsider this quintessential question, as well as how we make casual conversation about jobs in both collegial and academic settings. 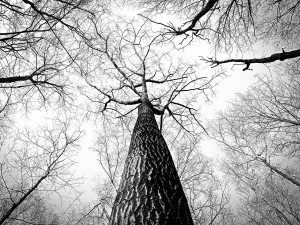 Graduate students and early-career historians are increasingly branching out and exploring a range of career options. Shouldn’t our conversations reflect that reality?

First of all, the question assumes that the “job market” only refers to academic jobs, and that these are the only kinds of jobs that are desirable for graduate students or early-career professionals. You could be an editor, a filmmaker, or a consultant. Yet, the assumption is that what one really wants is to be an assistant professor on the tenure track. A 2013 AHA report titled The Many Careers of History PhDs: A Study of Job Outcomes showed that close to a quarter of PhDs graduating between 1998 and 2009 secured employment outside the traditional realms of the academy. The numbers have most likely grown since then. Assuming that the academic job market is the only option ignores the reality of where one out of four history PhDs are finding jobs.

Furthermore, the job search for most recent PhDs increasingly involves applying for both academic and nonacademic positions. My first serious job search, for example, consisted of applying to postdocs and tenure-track positions, as well as positions in higher education administration. While the academic job search went bust, the latter yielded three interviews, two campus visits, and one job offer, which I accepted. Yet, when people ask me about my experiences on the “job market,” they are not typically considering searches for any jobs that do not fit the traditional conception of the academic job market.

The question thus also puts job seekers and those with nonacademic jobs on the defensive. My decision to pursue jobs outside the academy was something I put a lot of thought into. In a culture where becoming a professor is seen as the coveted prize at the end of a PhD, having to explain one’s choices repeatedly can not only wear one down, but reinforce a sense of failure. Being on any job market is hard, and constantly fielding questions about how one’s job search is going with the implication that some kinds of jobs are more prestigious than others only adds to the general anxiety that candidates face when attending large annual meetings.

At a time when it’s increasingly clear that not every history or humanities PhD will get a tenure-track position, we consciously need to change how we talk to graduate students and early-career professionals about the “job market.” Rather than assuming a general desire for a tenure-track position, ask someone, for example, what kind of a job they want. If they say they have a job, ask them where they work and whether they enjoy what they do. Express enthusiasm when they tell you that they have a career outside the professoriate. If the person volunteers that they are on the academic job market, then by all means have a conversation about that. (And ask them if they are considering nonacademic jobs and encourage them to think outside the box!)

Also, direct students to the AHA’s Career Diversity for Historians initiative, which has a range of resources for graduate students and early-career historians interested in diversifying their career options. In addition to its four pilot programs across the country, the initiative also runs a service called AHA Career Contacts which matches history PhDs employed in nonacademic positions with graduate students and recent PhDs.

Shifting the conversation in these ways would make it significantly easier for everyone to openly discuss their career options, both within and outside the academy. When graduate students consistently express fears that even mentioning the possibility of exploring nonacademic careers might make their advisers and peers take them less seriously, simply asking a different question can go a long way in changing the culture.