A Strong and Diverse Historical Profession, a Strong AHA 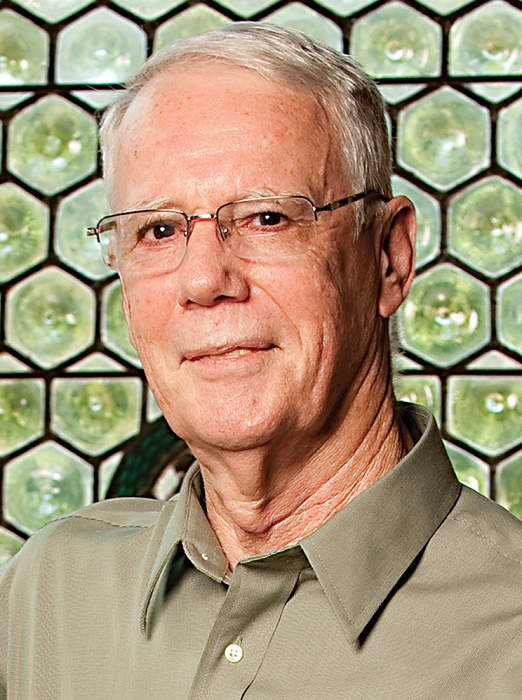 As the discipline of history broadens and deepens its purview, the AHA’s importance as a professional network expands. If the Association’s membership can grow, it can serve the diverse needs of the profession more effectively. Professional historians differ in gender, ethnicity, nationality, and sexual orientation; in their regional and topical interests; and in the institutions of their employment. The AHA creates a big tent for discussion and exchange at its annual meeting, and provides support for all historians, including members of its affiliates and independent societies, through its staff and publications. It links historians to one another, to professionals in other fields, and to the public.

The discipline of history is simultaneously expanding and contracting. Even in this time of declining student enrollments, it’s possible that AHA membership will grow. Impressive innovations in research and the quality of teaching complement historians’ role in public affairs, which seems to be on the rise. This might presage a rebound, as happened in the 1970s: after a big decline in enrollment, historical studies recovered and became stronger than ever.

Over the long term, there have been other types of changes in the field of history. In particular, as new historical fields and trends emerge, historians alternate between building specialized organizations and relying on the AHA. You can observe this among historians classified by region of study, by topical specialization, and by instructional context (two- and four-year institutions, elementary and secondary schools, public history sites, and so on).

Within area-studies fields, AHA membership fluctuates, although Latin American history provides an interesting exception. The Conference on Latin American History, founded in 1926, brings many historians to the AHA annual meeting. When the interdisciplinary Latin American Studies Association took shape in 1966, historians began attending its conference but kept coming to the annual meeting. It was different, however, for other regional fields: area-studies associations grew for Asia (1941), Russia and eastern Europe (1948), Africa (1957), and the Middle East (1966). In these cases, regional historians developed initial loyalty to their area-studies associations and came less often to AHA annual meetings. Still, the complementary relationship between the AHA and regional-studies organizations became clear. When my mentor, Philip Curtin, served as AHA president in 1983—the first historian of Africa to do so—he focused his presidential address on world history. Later I joined with colleagues in two separate efforts to attempt to form a Conference on African History within the AHA. Efforts continue: conferences of historians of China and South Asia met at the 2016 annual meeting in Atlanta.

Scholars focusing on regional, topical, or disciplinary fields might find the AHA to be a privileged place for learning.

A second realm, that of topical fields, exhibits an analogous organizational dynamic. New groups formed along with expanding fields: the Berkshire Conference on Women Historians first formed out of the AHA in 1930 and took its present form in 1973. The Social Science History Association formed in 1976, and the American Society for Environmental History in 1977. Still, historians in these fields also brought their conference papers and professional concerns to the annual meeting. Digital history, expanding rapidly within the AHA today, gained strength through the American Association for History and Computing (1996), which became an AHA affiliate in 2000. Studies in the history of health are now burgeoning, with links to several organizations.

A third arena for this dynamic is in the distinctive styles of historical education for middle schools, high schools, two- and four-year undergraduate college classrooms, and graduate programs. While these overlap increasingly, their curricula differ. The National Council for the Social Studies (formed in 1921) gained the loyalty of secondary-school administrators and, with them, of many teachers. Community colleges have grown rapidly in the past 50 years: the Community College Humanities Association formed in 1979, and the AHA has worked with it. Four-year institutions have witnessed tremendous change in the fields of US and European history—nearly as much as other fields. Out of these changes emerges an interplay in membership and perhaps attendance between the Organization of American Historians’ annual meeting and the AHA’s.

Overall, the pattern is one of complementarity between the big tent of the AHA and specialized organizations. Specific associations blossom as fields take form and as groups of historians come together. The AHA annual meeting facilitates communication among the many fields and groups. Specific structures vary greatly: many are independent nonprofits (the Organization of American Historians, the Coordinating Council for Women in History). Some 120 organizations are affiliated societies of the AHA, including the American Society for Church History and the Society for Military History. One affiliate, the World History Association (WHA), formed at the AHA annual meeting in 1982 and for a decade held its main meeting there. But once annual WHA meetings began in 1992, the participation of world historians at AHA meetings declined somewhat. Today, however, the AHA has become a major site for interaction among world historians and the expanding group of transnational historians.

Overall, the pattern is one of complementarity between the big tent of the AHA and specialized organizations. Specific associations blossom as fields take form and as groups of historians come together. The AHA annual meeting facilitates communication among the many fields and groups.

Affecting us all is the gradual but seemingly relentless enlargement of a global and multidisciplinary framework for historical studies. How do local or disciplinary histories fit into the world and vice versa? Scholars focusing on regional, topical, or disciplinary fields might find the AHA to be a privileged place for learning about interconnections among regions and topics. For instance, the focus on world history in K–12 institutions and community colleges means that teachers there must commonly consider longer periods of time and wider topical scope than is usual for college-level faculty. In contrast, it may be that instructors of undergraduates have more experience with the multidisciplinary dimensions of history today. Through meetings at the AHA, discussions of long-term history and cross-disciplinary history can take place—and at the same time link to the ongoing discussions of history at national and local levels.

The natural and healthy tendency is for the existence of numerous organizations of value to historians. We benefit from the many textures and layers of historical studies by belonging to more than one organization. In our networks, the role of the AHA is to provide an open venue for interchange among historians of all types of employment, all fields of study, and all identities and backgrounds. In addition, the AHA, as the broadest of historical organizations, maintains its Research, Teaching, and Professional divisions with elected officials and a strong staff. Its network of activities extends throughout the historical profession and to other disciplines, governmental agencies, and the public.

I hope that the AHA will come to look steadily more like the historical profession as a whole, even as the shape and structure of historical studies evolve. I hope membership levels will grow among practitioners of US and European history—as well as among the ranks of those who work on Central Asia and the history of science, those who teach at community colleges (where I taught for 13 years), and public historians. The result will be a reaffirmation of the lively interactions within our profession: thriving organizations addressing the many specializations, backed by a strong and overarching AHA able to speak forcefully and effectively on scholarly and professional concerns.

Patrick Manning is president of the American Historical Association.