Renewing the Comparative Study of Revolutions

By David A. Bell

The comparative study of revolutions was once a thriving field. From Crane Brinton’s 1938 The Anatomy of Revolution, to R.R. Palmer and Jacques Godechot’s works on “the age of democratic revolutions,” to the sociological analyses of Barrington Moore, Theda Skocpol, and Jack Goldstone, historians had a plethora of models at their disposal for analyzing revolutions in tandem, and drawing lessons about the phenomenon in general.

The storming of the Bastille, 14 July 1789 during the French Revolution. National Library of France.

The discipline’s broad turn towards cultural history, however, leeched away much of the energy from this area of inquiry. Cultural histories of revolutions tended to center on close readings of the language, symbols, imagery, and festive practices of individual revolutions, in a manner that tended to highlight the particularity of each rather than to promote general categories of analysis. The famous postmodern suspicion of “metanarratives” further dissuaded historians from attempting to enfold many different revolutions into a single overarching model or story. Although students of different revolutions gladly took ideas and methods from each other (for instance, Boris Kolonitskii and Orlando Figes’s use of Lynn Hunt’s pioneering work on the French Revolution), little truly comparative scholarship emerged from such exchanges.

Recently, however, historians have begun to show new interest in the comparative study of revolutions. In my own period of expertise—the late 18th century—explicitly comparative volumes of essays have appeared, driven by the new methods of “global” and “Atlantic” history. There have been attempts to update R.R. Palmer (see also here). Among cultural historians, Keith Michael Baker’s idea of “revolutionary scripts” has provided the basis for one possible comparative framework that does not depend on identifying parallel social and economic forces and processes, as in the earlier, sociologically inflected work. Just this year, a major collective volume, edited by Baker and Dan Edelstein, has appeared, with the forthright title Scripting Revolution: A Historical Approach to the Comparative Study of Revolutions(full disclosure: I contributed an “Afterword”).

The session I have helped organize for this year’s AHA annual meeting, “Revolutions: The State of the Field,” to be held Thursday, January 7, will survey this new landscape of comparative revolutionary studies. It features four young scholars with different areas of expertise, all working at the leading edge of this exciting field. My co-organizer Nathan Perl-Rosenthal, a historian of the United States at the University of Southern California, will concentrate on the Americas during the “age of democratic revolutions.” Katlyn Carter, a graduate student focusing on early modern France at Princeton, will tackle the European revolutions of the same period. Both have both done extensive comparative work on the American and French Revolutions (Perl-Rosenthal has also brought the 18th-century Dutch Revolution into the equation). NYU’s Anne O’Donnell, an expert in the Russian revolution who teaches courses on the history of revolutions from France to the Arab Spring, will discuss the Communist revolutions of the 20th century. And Silvana Toska, a graduate student in government at Cornell, will examine present-day revolutions, with particular attention to the Arab world.

The papers will be short and speculative, and we hope to set aside the majority of the session for informal discussion between the presenters, and with the audience. I hope to see many of you there for what promises to be an exciting afternoon.

Other Sessions on Revolution

Understanding and Teaching the Age of Revolutions

Find more sessions by clicking on Revolutions under Thematic Tracks in the annual meeting app. 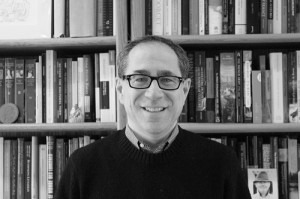 David A. Bell is councilor, research, on the AHA Council and the Sidney and Ruth Lapidus Professor in the Department of History at Princeton University. He is the author, most recently, of Shadows of Revolution: Reflections on France, Past and Present (Oxford Univ. Press, 2016).