Incorporating the Pacific World in the Early American History Survey

From 2013–15, I was fortunate enough to participate in the NEH/AHA Bridging Cultures program. In addition to working with top scholars of Pacific and Atlantic history, participants also had the opportunity to connect with a community of two-year college historians from across the country to enhance our teaching of the US history survey. 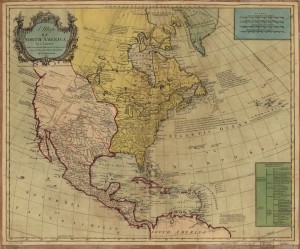 As a relatively new faculty member seeking to revise the structure of my early American history survey course (precontact through the Civil War), I was particularly interested in broadening the national history narrative by examining the ways in which local and global histories intersect.

Participating in the Bridging Cultures program also provided an arena to experiment with translating current historiographic debates regarding the Pacific and Atlantic world into the American history survey course. We had the opportunity to hear from preeminent scholars in both fields, which has led me to incorporate this scholarly work into my survey courses at my local institution.

This translation has required me to decenter the British colonial narrative and incorporate broader Spanish, French, and Dutch influences. Rather than frame my course around an early first encounter between indigenous populations and European settlers on the eastern seaboard, my course begins with multiple encounter narratives as students study the comparative colonial histories and western expansion of the United States. By incorporating various European influences, I no longer arrange my course by chronologically discussing eastern to western settlement. Instead, my course looks at various encounters that happen both simultaneously and successively across the country in a nonlinear fashion. (For examples, check out my lineup of lecture topics, included in the online Bridging Cultures Resources.) While we still look at early contact between Spanish settlers in the Caribbean and 16th-century contact with Native American kinship groups along the eastern seaboard, we also focus on the ways in which some communities remain more isolated in regions such as Hawaii and the Pacific Northwest, as well as examine the ways in which France and Spain’s respective quests for empire shaped the cultures of the present continental United States. My class pays special attention to the communities of Monterey, California; Santa Fe, New Mexico; and New Orleans, Louisiana.

I have found decentering the British colonial narrative to be of enormous benefit to my students. In the Spanish colonial-centered southern California, students naturally find the British colonial-centered narrative difficult to relate to personally. Recognizing the need to depart from the traditional model, I began using more local and regional histories to address global currents in the 16th, 17th, and 18th centuries. First, I found a more globally focused textbook. I also began using more diverse primary source collections. Rather than begin to look at California history around the time of the Gold Rush, I begin the exploration of Pacific coast history with 16th- and 17th-century sources, including the examination of artifacts from first peoples of the region. In continuing with this framework, I also altered the themes around which I organize my course to include Pacific migrations and more borderlands history. Students examined both the Spanish galleon trade and the development of a sophisticated port system in the Baja peninsula of California. As a result, I see my students developing a broader understanding and greater appreciation for local history. By the time we arrive at the Mexican-American War and the discovery of gold, my students already have a strong sense of the regional history and context for development in the West.

Covering both transatlantic and transpacific history has provided avenues to teach more diverse histories to an increasingly diverse student population, making the course itself more inclusive. Students seem to have more enthusiasm for their work and are more engaged in the subject matter. I’ve seen students completing their reading assignments with greater regularity as well as participating frequently in class discussions. They seem to relate more personally to histories within a global framework.

Brittany Adams is the interim department chair and associate professor of history at Irvine Valley College. Currently, Adams is broadening curriculum to build a gender and ethnic studies program. She also is collaborating with members of her department to create a study abroad program and foster a greater sense of global awareness.