History from Below: Turning Divers into Underwater Archaeological Advocates 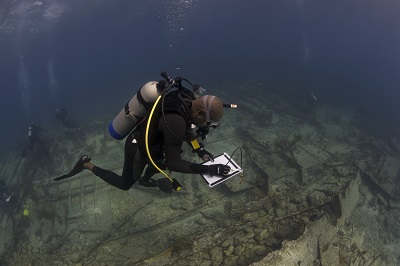 On April 11, 1944, Second Lieutenant Frank H. Moody crashed over Lake Huron, just three months after graduating from the famed Tuskegee University program, which trained the first African American military pilots. His body washed up on shore soon after the crash, but his aircraft sank to the bottom of the lake.

The plane’s undisturbed remnants were discovered last year, and in August 2015 a dive team set out to officially document the crash site for the first time. Of the seven divers and archaeologists, four were volunteer divers from Diving with a Purpose (DWP), an organization that trains what it calls “underwater archaeology advocates” to help preserve marine heritage in the United States and around the world. Since its founding in 2003, DWP has trained 120 lay divers in the specialized techniques of underwater archaeological preservation and has worked with the National Park Service and the National Oceanic and Atmospheric Administration to document 14 shipwrecks in National Marine Sanctuaries across the country.

DWP was co-founded by Ken Stewart, a member of the National Association of Black Scuba Divers (NABS). He was inspired to create the program after watching a documentary about the search for the slave ship Guerrero, which sank off the Florida coast in 1827. Stewart sent an e-mail to his diving friends encouraging them to “dive with a purpose”: to preserve and protect the human history that lies underwater and to encourage this approach to diving as an alternative to treasure hunting. DWP’s adult and youth training programs instead offer divers the chance to connect with often-overlooked heritage sites not just as spectators, but as engaged preservationists.

Diving with a Purpose aims to preserve and protect the human history that lies underwater as an alternative to treasure hunting.

Maritime archaeology is the study of the material remains of human interaction with the marine environment. Shipwrecks are the discipline’s most well-known objects of investigation, but maritime archaeology encompasses any site or artifact affected by seafaring, from lighthouses to the tools used by whalers. Because submerged objects can be preserved naturally for hundreds of years, shipwrecks present remarkable opportunities for archaeologists to discover and examine remnants of the past that might otherwise have been lost to time.

DWP documents shipwrecks of all kinds and works on broader maritime preservation efforts, like coral regeneration, that rely on the expertise of trained divers. However, the group’s continued association with NABS and its guiding mission to find purpose in diving has led it to participate in projects of particular significance to African American history.

DWP is one of the core partners in the Slave Wrecks Project, a collaborative effort to pursue new scholarship on the global slave trade, which also includes the Smithsonian’s National Museum of African American History and Culture, the US National Park Service Submerged Resources Center, the George Washington University Capitol Archaeological Institute, IZIKO Museums of South Africa, the South African Heritage Resource Agency, and the African Center for Heritage Activities. As DWP lead instructor Kamau Sadiki explains, “Looking over the historical record, there hasn’t been much written about the literally hundreds of [sunken] ships that participated in the African slave trade, so there are some incredible stories that need to be told that are lying on the bottom of the sea.” Indeed, the Slave Wrecks Project reports that material evidence has been collected from only four of the over 590 undocumented shipwreck sites of vessels that were involved in the transoceanic slave trade. As Sadiki sees it, documenting these wrecks is a way “to take those stories from the bottom of the sea and put them in front of the public eye.” 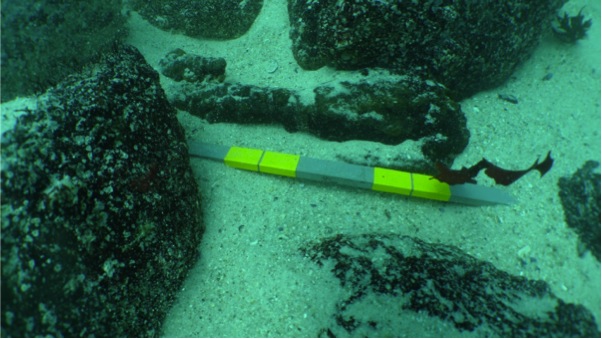 But modern maritime archaeology involves more than putting conveniently preserved objects in a museum. The standard practice today is in situ preservation of archaeologically significant sites, which means documenting a wreck site extensively without altering its surrounding environment. Not only is this typically a safer way to ensure that artifacts remain intact for future generations; it also acknowledges that much of each artifact’s significance comes from its particular context, and that any excavation threatens the coherence of the site. DWP’s low-impact approach to underwater preservation generally involves surveying, clearing sites of debris, and producing precise maps of artifact locations. In the longer term, maritime heritage preservation involves developing a plan for sustainable site management in response to threats from both human intervention and environmental impacts like hurricanes or corrosion.

One of the greatest challenges maritime and underwater archaeologists face is making their work accessible to the public. DWP’s first project was in Biscayne National Park, in southern Florida, where Stewart and DWP’s cofounder Brenda Lazendorf—then the park’s only marine archaeologist—began working to establish a maritime heritage trail along some of the park’s many wreck sites. The public can now access six shipwrecks by boat, snorkeling, or SCUBA diving. But not all ships wreck in shallow waters and hospitable climates, and archaeologists must consider the relative merits of in situ preservation against the historic and cultural value a submerged artifact might have when brought to the surface. 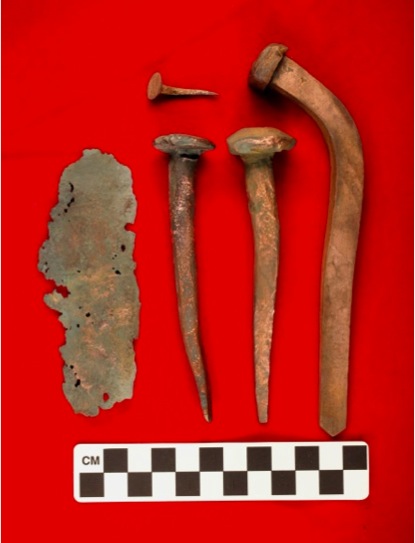 Sometimes an object’s historical significance is obvious. When the Portuguese slave ship São José Paquete de Africa sank off the coast of South Africa in 1794, at least half of the more than 400 enslaved Mozambicans on board drowned. The Slave Wrecks Project has begun the work of recovering artifacts from the site of the wreck, which represent the first material documentation of a slaving ship that sank with slaves on board. Several, including an iron ballast and a wooden pulley block, will be on long-term loan to the Smithsonian’s National Museum of African American History and Culture for its inaugural exhibition, Slavery and Freedom.

Jaco Boshoff, an IZIKO Museums curator and a maritime archaeologist, cofounded the Slave Wrecks Project and serves as lead investigator of the São José site; he says that “history and archaeology complement each other—not everything is written down, but we cannot interpret everything on a site without historical information.” Boshoff’s discovery of the São José captain’s inquest at the Western Cape Archives Repository proved critical in identifying the São José wreck for what it was. Sadiki emphasizes that for any maritime archaeological mission, “the story begins terrestrially,” with research, so that divers know what they might be looking for and what they are looking at once they find it. To confirm the São José wreck site, details from the ship’s manifest and other archival documents discovered in Portugal and Mozambique about the iron ballasts on board the ship (used to make up for the variable weight of human cargo on slave ships) were compared against the material remains of iron ballasts found on the ocean floor.

Once underwater, DWP divers have a chance to engage with history in a remarkably intimate and unique way—one only available to a select, intrepid few. Sadiki and his fellow DWP divers respond to the unusual position their work puts them in by bringing humanity into their otherwise highly technical interactions with wreck sites. At the site where Lieutenant Moody perished in Lake Huron, Sadiki and the rest of the diving team laid a wreath in the water to honor his life and service. In walking this narrow line between advancing historical knowledge of maritime sites and not disturbing the conditions that make them singular, valuable artifacts of the past, divers must act at once as scientists, historians, and emissaries from dry land who can honor the memories of those who came before.

Sadie Bergen is editorial assistant in the AHA’s publications department.