How do we account for the interrelationship between the intense mobilities of persons, objects, and practices of knowledge-making in the medieval and early modern Afro-Eurasian oecumene? How do we envision cultural “contact,” “encounter,” and “boundary-crossing” in a world of composite empires rather than nation states, where competing sovereigns had only limited means to control movement across borders? And how have the geopolitical and ethnolinguistic categories forged through such movements shaped one another and the very notions of subjectivity and subjecthood that ultimately became the hallmark of modern identity politics? Over the past two decades, a growing body of scholarship on premodern circulation across political, linguistic, and religious boundaries has helped transform historians’ conceptualization of comparison, commensuration, and periodization. Employing a wide array of methods and varying scales of analysis, historians of the old world oecumene have emphasized the extent to which people, objects (including textual artifacts), practices, artistic styles, and even interpretive frameworks traversed spaces and temporal zones. What we now know about these dense circulations has led historians to profoundly challenge prevailing notions of cultural stasis and civilizational divides.

This map provides a schematic view of some of the objects in motion analyzed by the seven panelists in our pre-panel Online Forum. Click on the different markers to learn more about the objects and their movements in space and time, and follow the URLs in the pop-up windows for brief descriptions and contexts. Map credit: Geoph Curl and E. Natalie Rothman

The double-session workshop, “‘Global’ and Entangled Histories of Early Modernity,” to be held at the upcoming AHA annual meeting, will both take stock of this historiographical shift and aim to push the conversation forward. As a prequel to the workshop, the seven participating historians have prepared online vignettes, available on the AHA website, from their work in progress to draw out common themes and shared methodological and conceptual challenges. These presentations take us from North Africa and Europe to Central Asia and the Indian Ocean and apply a variety of lenses to the study of material culture, textual production and consumption, architecture, and political economy from the 14th to the 18th (and, indeed, 21st) centuries. From addressing the movement of a specific object from one point to another to considering trans-oceanic travel, and from attending to temporal changes over the course of a human life to those spanning centuries, the objects and analytical frames introduced in these presentations will interrogate some of the prevailing historiographical assumptions about pre- and early modernity.

We invite you to view the objects and read the brief contextualizing documents provided online, ask questions, and leave comments, either on individual statements or on the project as a whole. And, of course, we hope that these intriguing vignettes whet your appetite enough to join us for a more sustained conversation at the annual meeting. Our double session will take place on Saturday, January 9, 2016, from 11:30 a.m.–1:30 p.m. and from 2:30–4:30 p.m. in Grand Ballroom A, Hilton Atlanta. 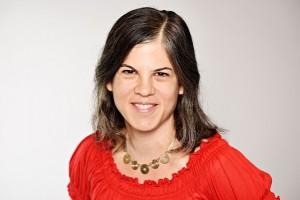 E. Natalie Rothman is an associate professor of history at the University of Toronto, studying Venetian-Ottoman interactions in the early modern period, the history of cultural mediation, and the relationship between translation and empire. Her first book, Brokering Empire: Trans-Imperial Subjects between Venice and Istanbul (Cornell University Press, 2011) received the Herbert Baxter Adams Prize and Howard R. Marraro Prize from the American Historical Association and the Renaissance Society of America’s Gladys Krieble Delmas Book Prize. She is currently completing a second book, The Dragoman Renaissance: Diplomatic Interpreters and the Making of the Levant,and a companion digital platform for collaborative research.