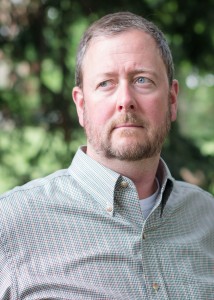 Kirt von Daacke is an associate professor of history and assistant dean, College of Arts and Sciences, at the University of Virginia. He lives in Charlottesville, Virginia, and has been a member since 2003.

As far back as I can remember I always had an interest in history. Even as a child, I was drawn to nonfiction accounts about the American past. That said, however, the moment when I knew I wanted to be a historian happened during the first class I took with the professor who would become my undergraduate advisor. He lectured one day on the politics of hair and hairstyles during Reconstruction. When the lecture ended, all 120 students in the room, including the TAs, looked confused. People just sat there. I didn’t fully understand what I had just heard, but I was intrigued; I knew I wanted to learn more. I was in that professor’s office the next day asking questions—I had found my calling, I guess.

Right now, I am co-chairing the University of Virginia’s President’s Commission on Slavery and the University. We have been charged with systematically investigating the university’s historical relationship with slavery, detailing as much as we can about the lives of the enslaved here, and making recommendations to the president about how to memorialize and properly interpret that history. This represents a monumental task—we have started a major research effort, but it also involves delving deeply into public history and the politics of commemoration. This work also requires significant community engagement and has necessitated a dialogue about race, slavery, and their legacies. I remain hopeful that by the beginning of the university’s bicentennial in 2017, the commission will have made significant progress in reinscribing the story of slavery and the lives of the enslaved back onto the physical landscape here.

Separately, I have also co-founded with art historian and vice provost for academic affairs, Maurie McInnis, a digital history project—Jefferson’s University: The Early Life Project—that is digitizing all early university records as well as anything we can find that was written by students or faculty at the university in the years before 1870. The digitized material, after XML markup, is linked in a database tracking people, places, and events down to the granular level. The resulting educational website—currently online while still developing—will allow anyone to investigate the early history of the university on their own by searching the database, viewing original documents, engaging with interpretive materials, and viewing a three-dimensional recreation of the early Academical Village. The vast collection of primary sources here promises to reveal much about the development of early American higher educational administration and pedagogy; about daily life at a 19th-century university; about the challenges of staffing, maintaining, and provisioning a campus located in the rural hinterland; and even about slavery and the enslaved. Even more exciting is that we have a team of undergraduate and graduate students working with us as the archive and website develop.

I do not think my interests have changed in any profound way since I earned my PhD, but I have become increasingly fascinated by the role of digital technology in scholarship, in learning, and in the classroom.

I doubt I would surprise many with my suggestions, but given the recent national debate over the history and memory of the Confederacy generated by the mass shooting in Charleston, I think two very timely and important books that force readers to confront the very brutal history of slavery in the United States, the commodification of African American bodies in that process, and meaning of race in America would be Edward Baptist’s fine The Half Has Never Been Told and Ta-Nehisi Coates’ Between the World and Me. I have also long followed Kevin Levin’s Civil War Memory blog, but his thoughtful commentary has been especially trenchant in the past several weeks—great stuff.

I have long loved the porous and expansive nature of the discipline. Historians are by nature interdisciplinary, routinely reading and incorporating theories and approaches from other disciplines. So many in history are also experimenting rather successfully with new ways of reaching a broader audience that reach beyond the traditional scholarly monograph or journal article—some of the most thoughtful material I have encountered in the past year has been in historian blogs and online essays. The profession is also one that in my experience is consistently pushing the boundaries in terms of sources and interpretation—we are much more than readers of texts tucked away in musty archives. In my own work, I have teamed with an art historian and a computer scientist to develop a very imaginative and ambitious web archive that combines traditional written sources, 3-D imaging of buildings, spatial mapping, and even interpretation of visual images. I have friends and colleagues here at UVA and elsewhere who are doing other fascinating projects that combine that interdisciplinarity and creative adaptation of technology—so exciting to watch it all unfold.

The AHR and Perspectives on History remain great ways to keep abreast of trends in the discipline, and I seem to find my way onto a panel each year in some capacity, so I keep coming back for more.