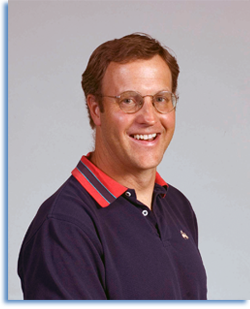 Stuart Hilwig, professor of history at Adams State University in Alamosa, Colorado, died on October 28, 2012, in an automobile accident in New Mexico. Two of his children—Jack, 6, and Charlotte, 4—are in serious condition.

Update: The Hilwig family reports that both children are recovering from their injuries. —Ed.

Raised in Allentown, Pennsylvania, Hilwig received his BA from Vanderbilt University on a full scholarship and his MA and PhD from The Ohio State University, where he wrote his doctoral thesis on the 1968 student protests in Italy. After joining the faculty of ASU in 2000, Hilwig taught European history, Latin American history, and historiography, received the university's Exemplary Faculty Award for 2005–2006, served as president of the faculty senate from 2005 to 2007, and was faculty representative, Colorado Commission on Higher Education, in 2005–2006.

Hilwig was a specialist in modern Italian history, a subject he embraced from a young age because of his family roots and his rich experience working for Sicilian immigrants in a pizzeria during his high school years. A frequent traveler to Italy, most recently with his family in 2011, Hilwig relished his many friends, their intense conversations, and the country's beauty and contrasts. A fluent Italian speaker, he regarded this country as his second home.

Stuart Hilwig's scholarly work was plentiful and original. In his recent book, Italy and 1968: Youthful Unrest and Democratic Culture (2009) he brought a fresh perspective to that fabled era. Moving beyond the campus, he investigated the public response to the student upheavals. Using oral interviews, media analysis and archival evidence, he studied the parents and professors, the police and the clergy, the town fathers and local bureaucrats, as well as auto workers and journalists.

Hilwig also published a dozen articles on Italian, German, and European history, and made numerous presentations at scholarly meetings. Among these was a paper last year outlining his new research project: an investigation of the impact of radical southern agrarians on the northern Italian working class movement in the late 1960s.

Stuart Hilwig's life exemplified a devotion to teaching, scholarship, and his family. A dedicated and generous pedagogue, Hilwig loved the classroom and the opportunity to share his zest for history with his students. At ASU he was regarded as a demanding professor but also as an eloquent lecturer with a glowing personality and a sparkling wit. A vigorous researcher and keen analyst, Hilwig delighted in testing theories, questioning truisms, and seeking to grasp the essential human elements in history. In his path-breaking studies of the 1960s he sought neither to laud nor condemn but simply to understand the mentalities and actions on both sides of the barricades. A devoted son, brother, husband, and father, Hilwig took enormous pride in his family who always came first in his thoughts and actions. Braving serious medical problems almost his entire life, he adopted his personal creed from Søren Kierkegaard: "Life can only be understood backwards, but it must be lived forwards."

Stuart Hilwig is survived by his mother, Constance Hilwig; his wife, Stephanie Hilwig, associate professor of sociology at Adams State University; his three children, Xandra, Jack, and Charlotte; and his brother Jason. Adams State University has established a web site for those wishing to contribute their recollections. Those wishing to honor Hilwig by helping to defray his family's major medical expenses may do so via the ASU Foundation, 208 Edgemont Blvd., Richardson Hall Room 162, Alamosa, CO 81101, with checks to be made out in the name of his widow, Stephanie Hilwig.