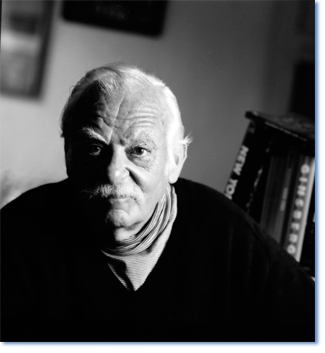 Michael Wreszin, professor emeritus of history at Queens College, City University of New York, died August 12, 2012, at the age of 85. A charismatic and award-winning teacher, he inspired generations of students, first at Wayne State University and Brown University, and then for many years at Queens College. He taught his students to question conventional received wisdom, to think deeply about history and society, to approach life with passion and conviction, and to not settle for lives governed by material ends, but to lead purposeful and rewarding lives that would improve the human condition.

He was also a highly respected scholar. He was the author of biographies of Oswald Garrison Villard (1965), Albert Jay Nock (1971), and Dwight Macdonald (1994), as well as the editor of a collection of Macdonald's letters. It was his biography of Macdonald, A Rebel in Defense of Tradition, which marked his greatest scholarly achievement. Wreszin understood the iconoclastic and rebellious Macdonald because he shared so much of Macdonald's impatience and disdain for pomposity and authoritarian behavior. Like Macdonald, he read the New York Times thoroughly each day, and was an inveterate letter writer to the Times, although it only printed his letters once or twice (he claimed the Times had wastebasket marked "Wreszin Discard").

From his time at Wayne State and Brown Universities in the late 1950s and early 1960s, where he demonstrated in Detroit and Providence for fair housing laws, through his leadership on the Queens College campus in the anti-Vietnam war protests, to later demonstrations for civil rights and against militarism and war, Wreszin was a political activist who put his body on the line.

Wreszin was a wonderful conversationalist and a master of polemical debate. From graduate school parties to evening sessions at AP readings, he was always at the center of discussion and often fierce debate. His passion and his verbal repartee were always evident, and so was his irreverent humor. He loved New York City and often quoted Thomas Dewey's remark that "if you are not in New York, you are camping out."

But he also loved his summer place in Westport Point, Massachusetts where he enjoyed family, entertained friends, and fished for the "wily blue." Above all he was generous and true to his large circle of friends. He is survived by his wife, Carol, his son Dan, daughter-in-law Terri, granddaughter Caroline of Los Angeles, and his daughter Sarah and son-in-law, John Snyder, of Providence, Rhode Island.