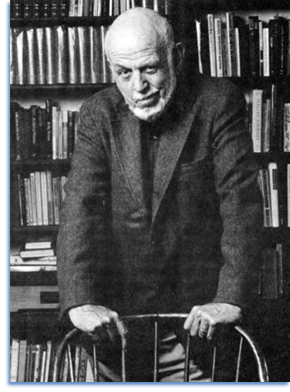 Conscientious, brooding, resilient, Henry F. May made an indelible impression on the countless students and colleagues whose lives he touched at the University of California, Berkeley, and in the history discipline at large. At Berkeley from 1952 until his retirement in 1980, and long thereafter as an active emeritus professor, May was a unique presence, respected as much for his moments of reserve as for his moments of resolution, a model of devotion to his department, his university, and his calling as a professional historian.

May died at his home in Oakland, California, on September 29, 2012, more than 97 years after his birth in Denver, Colorado, on March 27, 1915. A conspicuous leader in the movement to make intellectual history a basic part of the study of American history instead of an enterprise carried out largely in departments of English, philosophy, political science, and American studies—as it was through the mid-1950s—May wrote a series of field-defining books and articles while training at Berkeley many doctoral students who further developed intellectual history as a speciality within history departments throughout the United States. May was elected a fellow of the American Academy of Arts and Sciences in 1970, and in 1987 was honored by the Organization of American Historians with its Distinguished Service Award. He married Jean Louise Terrace in 1941, and after her death in 2002 married Louise Brown, who survives him, along with his two daughters and several grandchildren and great-grandchildren. Before his tenure at Berkeley he held brief teaching appointments at Scripps College, Bowdoin College, and Lawrence University.

May's two most influential books continue to define the terms of much of scholarly discussion of the two periods to which they were addressed. The End of American Innocence: A Study of the First Years of Our Own Time, 1912–1917, published in 1959 by Alfred A. Knopf, argued that the cultural rebellions of the 1920s were well underway before World War I and that these rebellions were less dependent upon the war's impact than earlier scholars had assumed. The Enlightenment in America, a book (published in 1976 by the Oxford University Press) that won the Merle Curti Prize of the Organization of American Historians, persuaded a generation of scholars that the Protestant culture of late-18th century America rendered the American version of the Enlightenment strikingly different from its European equivalents. May was highly unusual in contributing so fundamentally to two such distant epochs in the history of the United States.

May also wrote one of the finest studies of the social gospel movement, Protestant Churches and Industrial America, published in 1949 (Harper & Row), which was based on a dissertation he completed under the direction of Arthur M. Schlesinger, Sr. at Harvard in 1947. His other books included a collection of essays, The Divided Heart: Essays on Protestantism and the Enlightenment in America (Oxford University Press, 1991), and an autobiography, Coming to Terms: A Study in Memory and History (University of California Press, 1987). Unlike the many academic autobiographies that recount professional triumphs and settle scores, May's autobiography was limited to the years before he became a famous professor. In this book, May "came to terms" with his experiences as a Japanese language translator for the United States Navy during World War II, as a Harvard graduate student in the late 1930s with strongly left-wing political engagements, and his earlier youth in Berkeley as a high school student as a member of the Cal class of 1937. He continued his engagement with Berkeley in the last book he wrote, the brief Three Faces of Berkeley: Competing Ideologies in the Wheeler Era, 1899–1919 (Berkeley Institute of Governmental Studies, 1993). May served as chair of his department during the Free Speech Movement of 1964, and was remembered for the honesty and fair-mindedness with which he confronted sharp divisions within his campus community.

"May's most important and distinctive quality," Daniel Walker Howe remarked upon being informed of May's death, "was his intellectual integrity—his determination to be accurate and fair, to get the story right, not only in its factual specifics, but to recreate and convey the authentic spirit, purposes, and values of the people whom he studied and taught about." Howe was active in the Free Speech Movement, and was also a prominent member of the cohort of intellectual historians who completed their dissertations under May's supervision between the late 1950s and the end of the 1960s; that cohort also included Lucille Birnbaum, Samuel Haber, Nathan G. Hale, Jr., Donald Harvey Meyer, William L. O'Neill, Peter Gregg Slater, Laurence R. Veysey, and the undersigned.

May's students often remember a word of advice he repeatedly offered. "If you ever think you've written something really great, think again." We knew he was also talking to himself. He wrote many great things, but he is remembered for his personal character, no less than for his scholarly achievements. This is true even for many historians who did not study under his supervision, but came to know him later in life. Among these is Bruce Kuklick, who became one of May's closest friends, and who describes May as "the most prominent American intellectual historian of his generation, a caring mentor, and a gentleman."