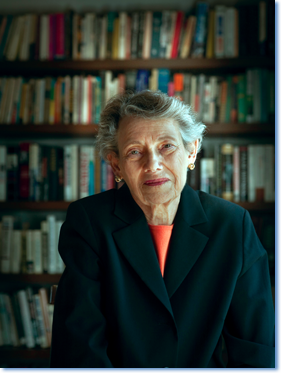 Born in Fort Smith, Arkansas, during the Great Depression, Anna Kasten Nelson was a member of the generation of women who came of age in the early 1950s and never expected to spend their lives juggling home, family, and career. But Nelson's love of teaching and writing history eventually caught up with her and led her to fashion a professional life that was uniquely her own. Early in her career she became an expert in government records, an advocate for their preservation and accessibility, and an exemplar of their use, with a series of essays, articles, reviews, and books on 19th- and 20th-century U. S. foreign and national security policies. Finally, and most important to students, colleagues, and friends, and sometimes even to casual acquaintances, Nelson was a mentor par excellence. Those who encountered Anna Nelson will most remember her willingness to put aside her own work to help a struggling student, write testimony or position papers on behalf of a cause important to the historical profession, or simply serve as a sounding board for historians trying to unravel knotty issues in their own professional or personal lives.

Nelson began her academic career as a student at Fort Smith Junior College. She then moved on to the University of Oklahoma, where she earned a BA in history and an MA in political science, but deferred her further education to facilitate her husband Paul's career move and to attend to the needs of their two young sons. She abandoned her doctoral studies at Ohio State University when the family relocated to Washington D.C. She eventually earned her PhD in history from George Washington University in 1972, but that was right in the middle of the worst employment crisis the historical profession has ever faced. The dearth of academic jobs in those years can be said to have led directly to her early interest in government records and public history. But she also taught part time at George Washington University for more than a decade.

In the mid-1970s Anna Nelson served as a key staff member of the National Study Commission on Records and Documents of Federal Officials. Generally known as the Public Documents Commission, it was established after President Richard Nixon resigned and announced plans to control his presidential records. Anna helped write the commission's report that led to the passage of the Presidential Records Act, which clarified that the records of the president are the property of the American public. She also served as a consultant on records issues for the Congressional Research Service and the National Academy of Public Administration. She was interim director of "Project 87," an influential initiative of the American Historical Association and the Organization of American Historians, which was launched to promote the teaching of constitutional history through the commemoration of the bicentennial of the U.S. Constitution. Her work established an administrative framework for the project and got it off the ground.

Named project director of the Committee on the Records of Government in the 1980s, Nelson spearheaded the high-profile effort sponsored by the American Council of Learned Societies, the Social Science Research Council and the Council on Library Resources. With Committee Chair Ernest R. May, she was author of the committee's final report, which addressed issues relating to the effect of computers and technological change on public records and archives. It was a major contribution to the preservation of the records on which we rely for research.

During these years Nelson became the go-to person in Washington on issues and problems relating to government papers and records, always ready to write or provide expert witness testimony and give interviews (or background information) to journalists. Steven Aftergood, one of the keen proponents in Washington of openness in government, recently called her "a tenacious and effective advocate for improved public access to national security records." She was also a member of the AHA's Research Division and represented the Association on the Department of State's Advisory Committee on Historical Diplomatic Documentation. In 1994 she was nominated by President William Clinton and confirmed by the Senate to represent the AHA on the John F. Kennedy Assassination Records Review Board. She cherished this post, and once happily told an interviewer, "We drove the CIA batty."

But as extensive as her public policy work was, Anna Nelson never lost her love for students, for teaching, and for scholarship. In 1996 she became distinguished historian in residence at American University, where she produced a steady stream of scholarly articles, essays, and reviews on postwar American foreign policy, including her most recent book, The Policy Makers: Shaping American Foreign Policy from 1947 to the Present, an edited collection published in 2008. Until her death, she continued to advocate for preservation of and access to government records in scores of lectures, interviews and conference panels. For her service in advancing the historical study of the federal government, the Society for History in the Federal Government honored Nelson with its Franklin Delano Roosevelt Award. She also received the James Madison Award from the Coalition on Government Information and, in 2008, in recognition of her lifetime of selfless work on behalf of the profession, the AHA awarded her its Troyer Steele Anderson Prize for the advancement of the purposes of the American Historical Association.