A Tale of Two Catholic Presidents

On the morning of his inauguration, President Joe Biden attended Mass at the Cathedral of St. Matthew the Apostle, where the only other Catholic to reach the nation’s highest office, John F. Kennedy, was mourned nearly six decades earlier. Their shared place in history is poignant, but the ensuing misgivings from leaders within the American church about policies that “advance moral evils,” and reiteration from the White House that the president is a “devout Catholic,” underscore that the second Catholic occupant of the Oval Office faces a far more challenging road ahead than its first. 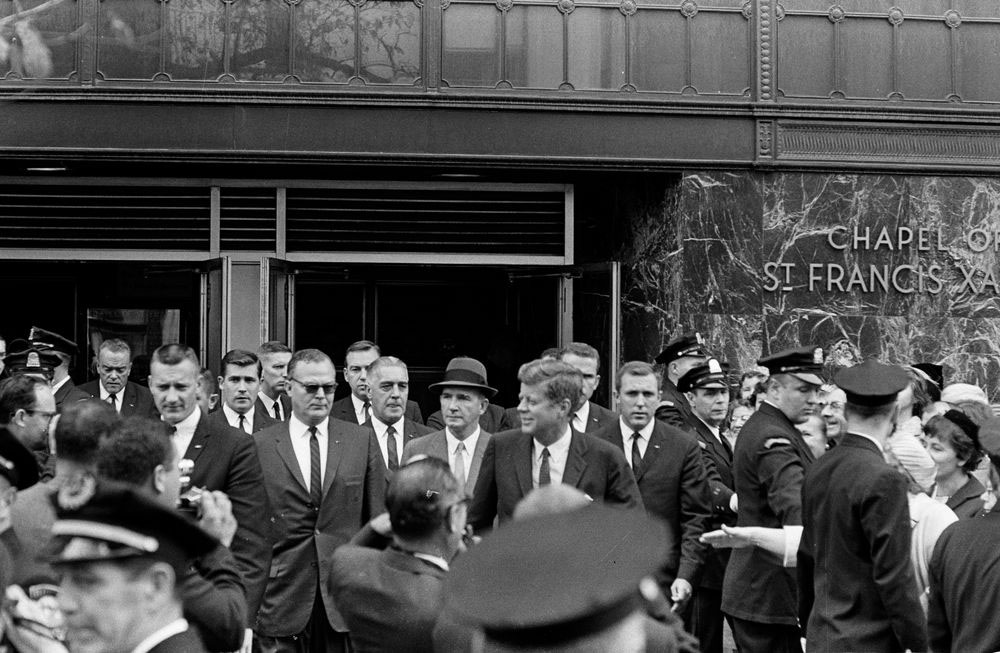 The vastly different political landscape is evinced by concern over what kind of Catholic Biden is, as opposed to skepticism of Kennedy solely on the basis of being Catholic. In 1960, Kennedy was dogged by insinuations that he held greater allegiance to a foreign power, the Vatican, and could therefore not be trusted with the presidency. Kennedy was conscious of how these ingrained prejudices had torpedoed the 1928 candidacy of Al Smith, the only other Catholic to make a serious attempt at the presidency. Kennedy had been able to manage the issue of his religious identity as a Massachusetts congressman, but in setting his sights on the nation’s highest office, he had to overcome this liability on a national scale.

This issue came to the fore early in the Democratic Party primaries in 1960. Kennedy traveled exhaustively around primarily Protestant West Virginia, where his opponents adapted the tune of “Old Time Religion” as a thinly veiled insult. There, Kennedy refuted the loyalty question by reminding voters of his distinguished service, and his brother’s death, in World War II. Despite that hard-fought primary victory in May, the issue continued to fester. Two months before the election, influential minister Norman Vincent Peale convened a group of prominent Protestant leaders, who issued a statement claiming Kennedy would “be under extreme pressure by the hierarchy of his church” if elected.

Frustrated, Kennedy confronted those allegations in a speech to the Greater Houston Ministerial Association on September 12, 1960. He pointedly noted that “it is apparently necessary for me to state once again not what kind of church I believe in—for that should be important only to me—but what kind of America I believe in.” His tone was both defiant and reassuring, implying that he was the victim of religious bigotry while reaffirming his commitment to the “absolute” separation of church and state.

This deft speech may have sufficiently settled the issue in the 1960 context, but his strategy of segregating personal faith and public office was a precursor to a balancing act we see today. This tension is apparent in contemporary Democrats’ handling of controversial social issues. Kennedy mentioned the newly approved birth control pill, but in the era before Roe v. Wade abortion was not the bellwether issue that it was for many 2020 voters, nor was same-sex marriage on the horizon. In 2004, presidential candidate John Kerry cited Kennedy’s distinction between church and state in defending his stance on same-sex marriage. In the 2012 vice presidential debate, Biden said that regardless of his personal beliefs, he would not “impose that on others.” In the same vein, Catholic vice presidential candidate Tim Kaine voiced his personal opposition to abortion in 2016, but characterized it as an individual “moral choice” in which the government should not interfere.

The second Catholic occupant of the Oval Office faces a far more challenging road ahead than its first.

Kennedy could fall back on arguments about separating these two spheres prior to the cultural changes that supercharged American politics with religion. In reaction to the liberal and secular mores emerging in the 1960s, a new political force coalesced under the banner of religious conservatism, aligning a segment of Catholic voters with like-minded evangelicals. Liberal or conservative—not Catholic or Protestant—became the ascendent question.

Those labels placed Catholics on opposite sides of America’s two-party system. This was cast into stark relief by the presence of two Catholics on the 2020 ballot: Biden and former Vice President Mike Pence, raised in the same faith but diametrically opposed in their politics, policy, and party. “There’s a certain Catholic agenda that was successful in this election, and there was another Catholic agenda that lost this election—there’s no question of that,” says Massimo Faggioli, author of Joe Biden and Catholicism in the United States.

In recent presidential contests, the Catholic vote has flipped back and forth between parties by relatively small margins: supporting Bush in 2004, Obama in 2008 and 2012, and Trump in 2016. Forty-eight percent of Catholic voters lean Republican and 47 percent lean Democratic, according to the Pew Research Center, with white Catholics more inclined to the former and Latinx Catholics to the latter. When Kennedy cited his vision for an America “where there is no Catholic vote, no anti-Catholic vote, no bloc voting of any kind,” he did not foresee two such blocs within his church.

Catholic leaders, too, will have to choose how they engage with the nation’s second Catholic president.

Facing off against an incumbent president with solid support from one bloc, Biden’s campaign took a different tack from Kennedy. Biden’s public remarks are suffused with Biblical scripture—invoking Ecclesiastes in his victory speech and exhortations about the vulnerable from Matthew. He has long been vocal about his faith, which provided “an enormous sense of solace” amid his personal tragedies. In contrast to Kennedy’s message of distance and distinction, Biden made it clear that his faith would guide how he governs.

Now that he is in office, Biden will continue to navigate this divide. Catholic leaders, too, will have to choose how they engage with the nation’s second Catholic president. To a degree, those relationships will be shaped by decisions about emphasis and tone, not inherent beliefs. Pope Francis and Biden are more naturally in sync on issues like poverty, immigration, and climate change, but the Pope’s fundamental positions on abortion and same-sex marriage are unchanged. And despite praising Biden in other respects, Archbishop José Gomez, president of the US Council of Catholic Bishops, called ending abortion the “preeminent priority,” signaling that there is inevitable friction ahead.

Six decades ago, some Americans feared Kennedy would be too beholden to his church; today some criticize Biden for not being beholden enough. Kennedy then sought to prove he could be a Catholic president for all Americans, but as Faggioli writes, “Biden will be called to be the Catholic president of all Catholics—a more challenging undertaking.” The terrain has shifted, yet how voters react to a candidate’s religious beliefs remains a potent force in determining their political fate.

Francine Uenuma is a freelance writer.