While canoeing alone in rainy Australian waters in 1985, ecofeminist philosopher Val Plumwood spotted a floating stick that “seemed to develop eyes.” This stick was a massive saltwater crocodile (Crocodylus porosus) who, for reasons only he knew, pulled her underwater in an attack she was lucky to survive. Crocodiles, from the subfamily Crocodylinae, are large, semi-aquatic reptiles that inhabit dark, watery spaces across Australia, Africa, Asia, and the Americas, as well as the cultural imagination of humans. These prehistoric masters of survival have been our gods, predators, commodities, and pests, and though they have inhabited this planet long before us, our histories are intertwined. 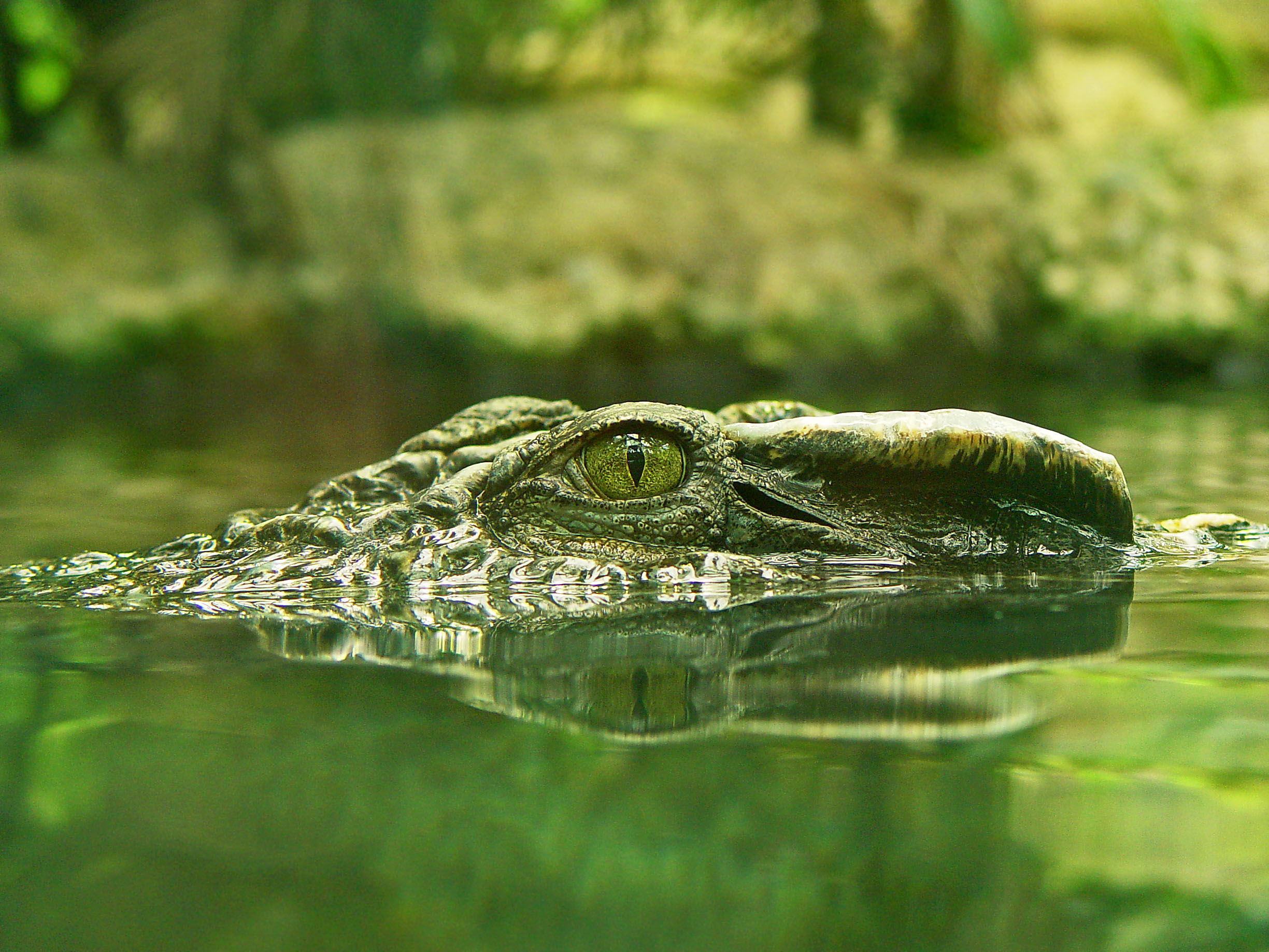 Plumwood described an unsettling recognition of human limitation in her essay on the encounter, “Being Prey.” For all our civilization and technology, what is a human compared to a crocodile on his own turf? Reading her story, I was reminded of a similar interaction over 500 years before Plumwood’s incident. In 1578, Jean de Léry, a French Calvinist minister, recalled a time he was lost in the Brazilian rainforest. Léry encountered “a lizard much bigger than a man’s body, six or seven feet long,” who he was quite certain “would swallow us up and devour us.” While Léry’s reptile did not attack, his fearful tale echoes Plumwood’s essay written centuries later.

Both writers fixate on the animal’s gaze and the barriers of culture and civilization it dismantles. Plumwood remembers how “the crocodile rushed up alongside the canoe, and its beautiful, flecked golden eyes looked straight into mine.” For Léry, the “monstrous” reptile, “head raised and eyes gleaming . . . stopped short to look at us.” Writing years later, Léry ruminated: “It has occurred to me since . . . this one had taken as much pleasure in looking at us as we had felt fear in gazing upon it.” In the eyes of a predator, we recognize our own subjectivity and, therefore, vulnerability.

Yet the eye of the crocodile is an extension of the whole animal, for what would it matter if that eye was not also attached to the muscles, the teeth, and the claws? When the crocodile’s eye lands on you, you are now prey—and if you can be prey, then you are also an animal. As humans, we too easily forget that our eyes, our voice, and our intellect are also inextricably linked to our limited animal bodies.

The crocodile helps us to think through the human-animal relationship throughout history. Both Léry and Plumwood remind us that not only do humans share this planet with other animals, we are not invincible rulers of a tamed animal world. Animals are agents in the world, capable of enacting great change and capable of looking right at us, influencing our narratives. To ignore the presence of animals in human history, and to fail to recognize the animality of humans, is to leave a part of ourselves out of our stories.

The crocodile does not care if he stalks a great thinker or an influential writer. He sees only prey. How humbling it is to remember that, in the eyes of a crocodile, we are just another animal in their river.

Danielle Alesi is a PhD candidate in history at the University of Nebraska–Lincoln. She tweets @Danielle_Alesi.