Paula Austin is assistant professor at California State University, Sacramento. She lives in Sacramento, California, and has been a member since 2009. 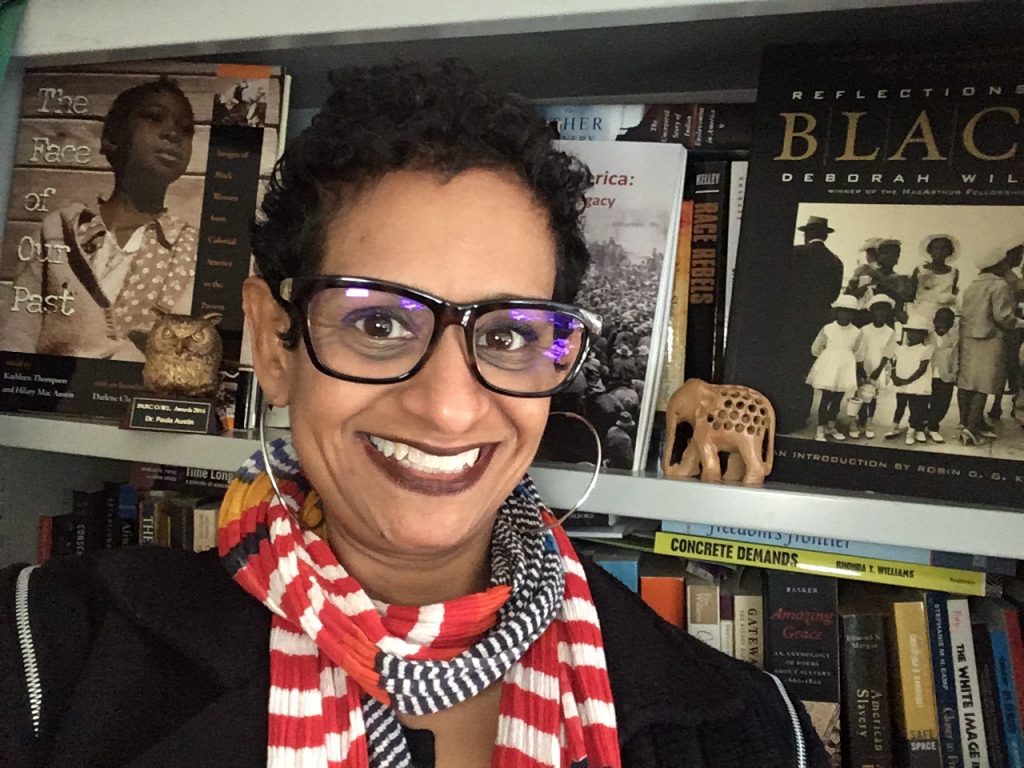 Describe your career path. What led you to where you are today? I came into my graduate studies after having been an adult literacy educator. I was interested in historical origins of educational disparities in poor and working class, black, and brown communities.

What projects are you currently working on? My current project is a social and intellectual history of black working class Washington, DC. It uses sociological materials that have been criticized for contributing to the pathologization of urban black poor and working-class populations. I use these materials to draw out narratives of black subjectivity and interiority of poor and working-class young people. The project looks at the analytic frameworks young people cultivated as they navigated the racial and gendered geographies of the Jim Crowed interwar capital city. The project is currently under contract with New York University Press.

Have your interests evolved since graduation? If so, how? My research interests have not really shifted, although I think the field has. In African American history in particular there is growing interest and scholarship on the importance of the histories of black girls and black childhood. And as the list of contemporary studies on ways in which black young people are misunderstood, misrepresented, and mistreated (as more socially mature, older in age, sexually harassed, overly disciplined, policed, and surveilled in schools) grows, the history of the development and mobilization of their intellectual and inner lives is as, if not more, important than the history of harm they experience and endure. Also, as the person in my department responsible for teaching African American history, my teaching interests in our contemporary moment have centered the history of social movements, and the important contributions of the black radical tradition and black feminist thought.

What’s the most fascinating thing you’ve ever found at the archives or while doing research?This academic year I curated two university exhibits that focused on both Reverend Martin Luther King Jr.’s visit to Sacramento State University, and the simultaneous local civil rights movement. I discovered that Sacramento Congressman John Moss, whose papers are in the university archives, was the only California congressperson to vote in favor of what would become the 1968 Fair Housing Law. During the year King visited CSUS, Moss received the 1960s version of tweets—telegrams—in response to his support of the bill. Many of the (limited character) telegrams were filled with threats and racist vitriol, but others were supportive. One in particular advocated for Moss’s support of the bill, saying that if Moss did not support it this particular constituent would have to “join the rioters.” The writer ended by saying, as a point of fact, “I am White,” emphasizing that this was an issue of fairness for which even white Sacramentans were willing to stand up.

Is there an article, book, movie, blog etc. that you could recommend to fellow AHA members?The prolific Black Perspectives blog put together by the new African American Intellectual History Society is doing a great job of bringing contemporary scholarship in black intellectual history to both a popular and an academic audience. I know it helps scholars like me keep up with what folks are putting out, and many of the articles are also accessible to my undergraduate students. It is really a great resource!

Why is membership in the AHA important to you? When I was a graduate student, membership felt very important—that I was a historian-in-training and this was my professional organization, helping me to understand the lay of the land. Since I have become a newly minted PhD, as a new assistant professor, and as a woman of color scholar, I think it is important to stay engaged in my professional organizations both to help increase the diversity of the organizations, but also because the annual meetings continue to be places for me to see friends and to stay current on scholarship and literature.