Joshua Wright is an associate professor of history and coordinator for the Social Studies Teacher Education Program at the University of Maryland Eastern Shore (UMES). He lives in Salisbury, Maryland, and has been a member since 2009. 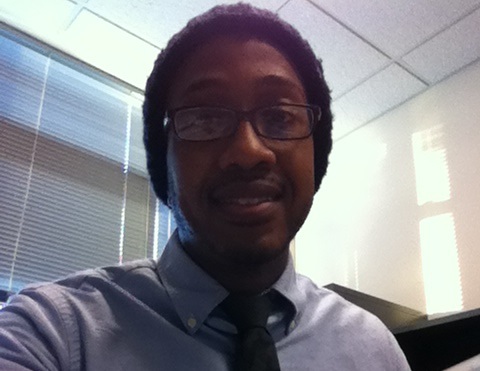 Joshua Wright is an associate professor of history and coordinator for the Social Studies Teacher Education Program at the University of Maryland Eastern Shore (UMES).

Describe your career path. What led you to where you are today? My journey as an educator began in a Washington, DC, Catholic school, instructing fifth to eighth graders in world history, American history, religion, and language arts. A year later I transitioned to the Prince George’s County public high school system where I taught American history and government. Concurrent with my secondary school appointment, during the evenings or on weekends, I taught college-level courses for soldiers pursuing their associate’s degree at the Bethesda Naval Base and the Bolling Air Force Base. When I became a full-time doctoral student at Howard University, I enrolled in its two-year Preparing Future Faculty (PFF) Program, through which I was privileged to study in an interdisciplinary environment where new perspectives on research and higher education teaching were introduced. I began teaching at UMES in 2010.

What do you like the most about where you live and work? I enjoy the opportunity to educate, mentor, and inspire several first-generation college students who are looking to uplift their families and future generations of relatives. The Eastern Shore of Maryland is a culturally rich site for history. It is the home of trailblazers such as Harriet Tubman, Frederick Douglass, Gloria Richardson, and Art Shell.

What projects are you currently working on? My recent research revolved around my forthcoming book, “Music. Family. Power”: FOX’s Empire and Black Images in Pop Culture, which will be published by McFarland & Company, Inc., in 2018. I am the lead co-editor for a forthcoming special edition of the Journal of Hip Hop Studies (summer 2018) titled “‘I Gotta Testify’: Conversations on Kanye West, Religion, & Hip-Hop.”

Have your interests evolved since graduation? I would say that I have expanded upon issues that I initially began exploring during my graduate studies. While my focus was on black males in graduate school, as a professional scholar I have taught courses and published work on black women in American history and contemporary society.

What’s the most fascinating thing you’ve ever found at the archives or while doing research? I worked at the Moorland-Spingarn Research Center for three years as a graduate assistant. The center is the country’s second largest repository for the documentation of history and culture of people of African descent. I found countless materials in the archive that fascinated me. A few memorable items that I found were a rare daguerreotype of Frederick Douglass and a collection of newspapers published by the Black Panther Party in the 1960s. I refer to some of the illustrations found in those papers in my forthcoming book.

Is there an article, book, movie, blog etc. that you could recommend to fellow AHA members? As a fan of sports documentaries, I would urge AHA members to watch the ESPN 30-for-30 series. Since 2011 the series has provided documentaries on Muhammad Ali, the relationship between college football and James Meredith’s 1962 integration of the University of Mississippi, and rugby and the end of apartheid. The Academy Award-winning five-part film, O.J. Made in America, provides one of the best visual studies of race relations and policing in Los Angeles from the 1965 Watts riots to the Simpson verdict in 1995.

What do you value most about the history discipline? Historians sift through substantial amounts of information and, in the process, learn how to infer what drives and motivates human behavior from elections to social movements to board rooms. Furthermore, they provide a voice to the voiceless.

Why is membership in the AHA important to you? I value the opportunity to engage in conversations with and learn new knowledge from others in the discipline.

Do you have a favorite AHA annual meeting anecdote that you would like to share? I presented at Denver in 2017. On my first day the temperature was below zero. My advice to future presenters: always pack extra long johns for winter meetings in Denver.