Picturing Jewish Vacationland: The Borscht Belt, Then and Now 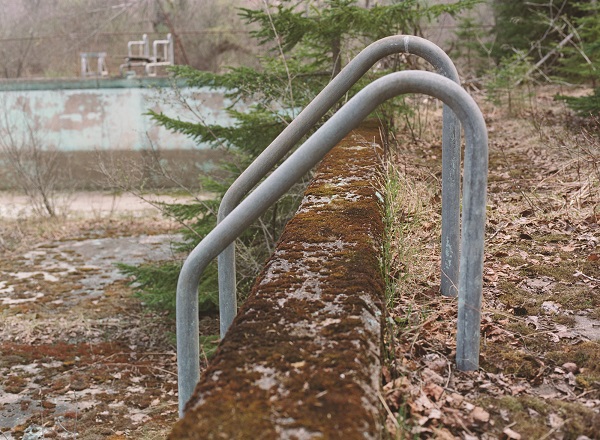 It is easy to satisfy our age-old fascination with ruins and remains these days. Photographs of crumbling factories, ghost towns, and closed-down amusement parks proliferate on the web, prompting adventurers to seek out sites of decay for themselves. The more forbidden or hazardous a place, the more alluring the subject—note, for example, the popularity of images of worn-out neighborhoods in Detroit or the “zone of alienation” in Chernobyl. Critics, such as writer-photographer James Griffioen, say ruin photography exploits and fetishizes decay while detaching viewers from its negative effects. Some even call the genre “ruin porn,” a term Griffioen coined in 2009. 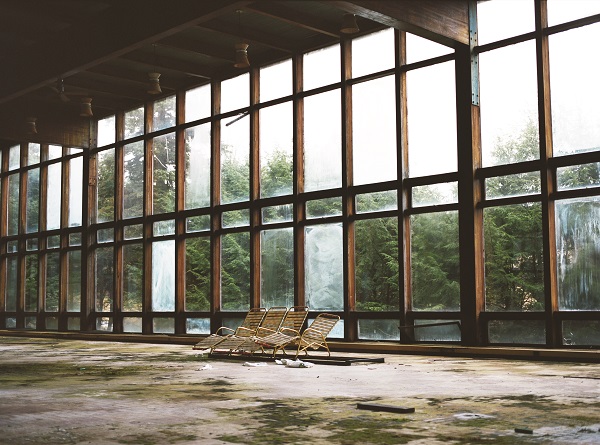 Many artists fight back against perceptions of fetishism by bringing context and analysis to their collections. Marisa Scheinfeld’s new book, The Borscht Belt: Revisiting the Remains of America’s Jewish Vacationland (Cornell Univ. Press, 2016), argues convincingly that the ruins captured by her lens form an essential contribution to the history of American Jewish life. The work assembles recent images of abandoned hotels and bungalows in the Catskill Mountains that once represented the thriving “Borscht Belt.” From the 1920s to the early 1970s, at a time when other American tourist destinations refused to welcome them, thousands of first- and second-generation Jewish immigrants flocked to resorts in the Borscht Belt. Vacationers entertained themselves at swimming pools, lounge areas, and theater halls, making powerful social and cultural connections along the way.

Gradually the Catskills lost their appeal; by the mid-1990s, most of the resorts had been sold off or closed down. The causes for the area’s decline are varied. Taste for the brand of leisure offered in mountain settings waned, and new forms of travel became more accessible and affordable. Jews also faced less discrimination at mainstream American destinations and no longer felt the need for Jewish-dominated establishments. 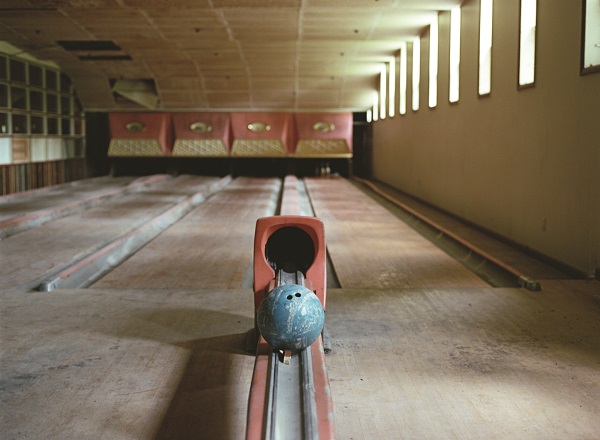 Surprisingly, these properties have not been repurposed or demolished. As the book reveals, the ghosts of the Borscht Belt still linger. Scheinfeld’s haunting and often beautiful photos show empty pools blanketed with plant growth, corridors piled high with debris, and walls colored from floor to ceiling with graffiti. There are even dusty guest rooms that still contain beds, phones, and television sets that were never claimed or cleared away. Sometimes the images conjure up feelings of interruption or hiatus, as if employees and guests expected the next day to be business as usual.

These photographs, when joined with narrative, can help scholars provide a more complete explanation of the socio­economic developments that brought the Borscht Belt to ruin than written accounts alone. As Jenna Weissman Joselit points out in one of the book’s two introductory essays, picture-taking has always been the medium of choice for both relating to and examining the Borscht Belt. Numerous histories and memoirs, such as Irwin Richman’s Borscht Belt Bungalows (1998) and Ross Padluck’s Catskill Resorts: Lost Architecture of Paradise (2013), present examples of colorful, flashy ads that lured Jewish vacationers to these idyllic resorts, as well as family photographs that provide a window into social tastes and habits. 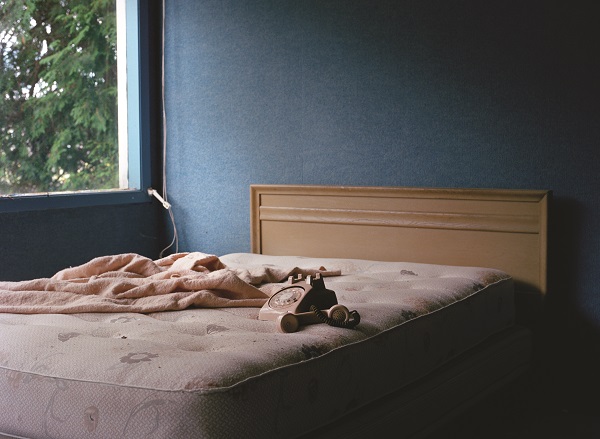 Scheinfeld’s work continues this tradition, reminding us that the processes of death and deconstruction are equally valid sources of information. The photographer explains that many of the scenes she captured have already been altered by new visits from teenage trespassers, urban explorers, and animals—topics that can be springboards for new social, material, and environmental histories.

The abandoned structures displayed in The Borscht Belt might upset those who still remember the vacationland in its glory days. Scheinfeld (who spent part of her own childhood vacationing in the Borscht Belt) put “revisiting” in the book’s title to emphasize the weight of nostalgia on the project. Though some might react to the images with disgust, curiosity, or wonder, in this example of an oft-maligned genre, aesthetic allure is a conduit for new interrogations of the past.