AHA Members among the List of NEH Grant Winners

The National Endowment for the Humanities (NEH) announced last week $18.2 million in grants for 208 humanities projects. These projects range in size and focus, including digitization, film production, traveling exhibitions, and preservation and access to historic collections. 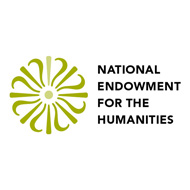 We are happy to see a number of historians on the list of grant recipients. Below is a detailed summary of AHA Member awardees, including titles of their award winning projects.

Project Title: The Resurgence of the Atlantic Slave Trade to Angola, c.1780-1867

Project Title: Catholics and the End of French Empire in sub-Saharan Africa

Project Title: Indian Petitioning and the Making of the British Empire in South Asia, 1765-1800

Project Title: Surveillance, Privacy and the Politics of Personal Information in West Germany,

Project Title: Iran and America since 1600