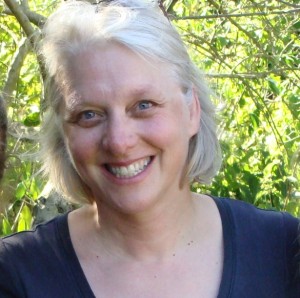 Katherine Aaslestad is a professor of history at West Virginia University. She lives in Morgantown, West Virginia, and has been a member since 1997.

I first developed an interest in history during my childhood from listening to stories from my grandparents. They had fascinating lives and talked in detail about difficulties they experienced during the Depression and war. My paternal grandfather was a Norwegian sea captain and served in the US Merchant Marine during World War II; he had amazing and riveting stories about the war from the high seas. I grew up imagining Hitler directing submarine Wolf Pack attacks on North Atlantic convoys. I also loved looking at maps with my grandfather, as he told me about his travels and voyages to the Soviet Union, China, Japan, and New Zealand. The world and the past seemed so very interesting and that drew me to history, even though majoring in history and going to graduate school were never part of a plan. I ended up following my instincts and passion.

I am completing an edited volume on the implications of economic war during Napoleon’s Continental System, Revisiting Napoleon’s Continental System: Local, Regional, and European Experiences; this project grew from an international conference I co-organized with Dutch scholar Johan Joor in Amsterdam in 2011 and will appear this year with Palgrave. I am also working on a book project, After the Wars: German Central Europe after Napoleonic Conquest, 1815-1840, that explores the decades after the Napoleonic Era as a “postwar” period. I am also revising some book chapters on this research theme that should appear later this year or next year.

My interests have grown and expanded more than changed. I retain interest in the themes that stimulated my research in graduate school like nationalism, regionalism, press, and the public sphere. The more I read and study the late 18th century and 19th century, the more interests I develop. It is a rich era to study, though often overlooked by most modern historians who are drawn to the 20th century.

I would recommend the 1994 book by Paul W. Schroeder, The Transformation of European Politics 1763-1848, because of its critical and analytical insights on international relations, great power politics, and imperial hubris, which remain so relevant for our own time. Although my own work focuses more on case studies, Schroeder’s analysis of the European international system is an outstanding reminder of the big picture and an exceptional example of a carefully researched and critical history writ large. I worked on it as his research assistant as a graduate student and the book still inspires me and my work. He also demonstrates the complexity and richness of these decades which so many historians continue to treat in a superficial manner. Finally, it is very well written.

For something physically lighter, I would suggest articles from the New Yorker.

I value the community of scholars that have enriched my work and my life. Far more than mere networking, I have found workshops and conferences to be very helpful in meeting scholars who have generously shared their ideas and insights on history and life in general. These relationships make working in history exciting and fun.

I also value teaching and enjoy teaching across the levels. I believe history is one of the most important and relevant subjects for college students and enjoy my classes, especially when students realize the past is both amazingly interesting and complex, yet very connected to their own lives.

Finally, I also value the work of public historians who have made enormous contributions in bringing history to the general public and providing new kinds of employment for students of history. There are so many wonderful museums that educate the public in thoughtful and innovative ways. One of my favorites is the Tenement Museum in New York City. Historians need to continue to develop ways to reach out to and communicate with the non-academic general public. I admire my colleagues in the Public History program at WVU; it has offered students of history new career opportunities beyond the academic track.

I will offer instead a general remark about the conference; if you attend the AHA twice or more, you start to notice the small world of professional historians. We all do not know each other, of course, but there are so many overlapping subfields and college networks that we know of each other. I like to think that keeps our profession more civil and collegial than others.

My other passions include my family, my dog and friends, ballet and modern dance, yoga, hiking and biking, travel, reading for pleasure, gardening, exploring cities, and the beaches in Maryland and Delaware.

I am frustrated how history is so often distorted, manipulated, and politicized—even radicalized—in the press and politics. On one hand this is not new; on the other it seems out of control in the last two decades when basic information is easily assessable. The profession of journalism has transformed, and journalists are not always careful researchers, and like politicians, are often indifferent to accuracies in the historical record. I think historians must develop an active, vocal, and public presence regarding historical inaccuracies that are presented to the general public. They need to point out when historical events are controversial and why that is so. If we are entrusted, as a profession, with exploring, recounting, and teaching the past, should not we also be responsible within public life to point out when the past is being exploited for immediate political, commercial, or ideological profit?