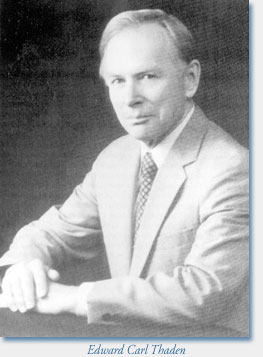 He began his teaching career at Penn State University in 1952 before coming to UIC in 1968. He served as chair of the Russian Arts Program at Penn State (1954–57, 1963–65) and chair of the history department at UIC (1971–73). He also served as the executive secretary of the American Association for the Advancement of Slavic Studies. At various times he taught as a visiting professor at the University of Marburg (1965), University of Halle (1988), and the University of Helsinki (1990). His scholarship had a profound influence on the teaching of Slavic history. His books include Conservative Nationalism in Nineteenth Century Russia (1954), Russia and the Balkan Alliance of 1912 (1965), Russia Since 1801: The Making of a New Society (1971), Interpreting History: Collected Essays on the Relations of Russia With Europe (1990), and The Rise of Historicism in Russia (1999). In addition, he edited Russification in the Baltic Provinces and Finland, 1855–1914 with M. Haltzel, C.L. Lundin, A. Plakans, and T. Raun (1981), The Western Borderlands of Russia, 1710–1870 with Marianna Foster Thaden (1984), and Finland and the Baltic Provinces in the Russian Empire with Toivo Raun (1984).

His many honors and awards include Fulbright, American Council of Learned Societies, National Endowment for the Humanities, IREX, Social Science Research Council, Rockefeller Foundation and Ford Foundation awards and grants.

In a Festschrift in Honor of Edward Thaden: Essays in Russian and East European History (1995) prepared by his colleagues and students at UIC, Zkenko Zlater wrote: “From the very beginning what I liked about Ed Thaden was his great charm, his ability to relate to other people in very courteous and yet very warm and human terms; his ability to act as a gentleman in the true tradition of a gentleman-scholar, and yet to show an interest in and keen appreciation of other people’s concerns and problems. I was struck by his willingness to spend a lot of time. . . with prospective students, to share his great wealth of knowledge with remarkable precision, yet admirable lightness, and to suggest topics and approaches with a touch of a master. . . . He has set us an example of what a scholar can be, of what a scholar should be.” As a teacher in a seminar he would “bring to bear upon a subject a vast erudition. . . . I always remember his ability to roam over the vast distances of Russian and East European historiographies, and yet summarize such complex issues in a very concise, one is tempted to say, elegant way. . . . Yet it is in the area of Russian intellectual history that Thaden wrote what will remain a classic in its field for a very long time to come: his Conservative Nationalism in Nineteenth Century Russia surveyed a very disparate, and difficult field in a relatively brief compass.”

Edward Thaden leaves behind his wife of nearly 56 years, Marianna Forster Thaden, and many devoted colleagues, former students, and friends.