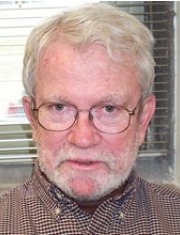 John M. Murrin, professor of history emeritus at Princeton University, died on May 2, 2020, after contracting the COVID-19 virus. Murrin received his PhD from Yale University in 1966 under the direction of Edmund S. Morgan. He taught at Washington University in St. Louis from 1963 to 1973 before moving to Princeton, where he remained until his retirement in 2003.

Murrin was an extraordinary scholar, teacher, mentor, and adviser whose enduring impact is most obvious in more than 50 published essays, a form that he mastered and to which he was devoted. Murrin’s scholarship ranged widely across the Atlantic and Anglophone world from the 17th to 19th centuries. He is remembered for his wit, humor, generosity, kindness, and particularly for his enthusiasm about the truly diverse scholarship of the early Americas.

Murrin’s lasting influence is clearest in his decades-long development of Anglicization, the concept that, particularly after about 1715, the British North American colonies became highly effectively integrated into the British Empire. As a result, they constructed a transatlantic and British imperial identity. Key aspects and practices of British society, politics, and culture were replicated in the northern colonies and imitated in the southern colonies. The post-1763 imperial crisis was, therefore, in Murrin’s words, “countercyclical.” It occurred because a deep Anglicization convinced many white male Anglophone property holders in the 13 colonies that they were fully British and entitled to all the liberties post-1688 subjecthood entailed. What was viewed as the British imperial state’s violation of their British liberties eventually radicalized them. American colonists, then, did not declare independence because they had developed a distinct American identity that made British rule insupportable. Only Britain, not the colonists, John Murrin would explain to his undergraduates, saw something distinct called America.

Murrin explored Anglicization, political thought and ideology, and the development of colonial and revolutionary society in several essays that are considered essential to the field. In 2018, Oxford University Press published 11 of his most crucial essays treating the American Revolution and the early Republic in Rethinking America: From Empire to Republic, which received several glowing reviews. Rethinking America set out Murrin’s Anglicization thesis and, relatedly, his belief that the three major historiographical schools competing to explain the American Revolution—the Imperial, Progressive, and Whig schools—scholarship that often ignored each other, would benefit from respectful engagement and an effort at synthesis. Like many of his other essays, those collected in Rethinking America also demonstrated an eagerness to cross methodological and specialist boundaries, and showed that good political history also has to be good social, cultural, and economic history. They warned against a scholarly narrowness that divided North American and early United States history into three distinct areas of study—the colonial, revolutionary, and early Republic periods—whose specialists were increasingly not conversant with each other.

Murrin brought the same intellectual capaciousness to his teaching and advising. He directed over two dozen PhD dissertations treating wide-ranging topics such as rape in colonial America, Native American politics during the American revolutionary era, masculinity in the southeastern borderlands, and the Townshend Acts crisis in Massachusetts. His undergraduate courses on colonial America and the American Revolution often drew over 100 students each year due to his reputation as a spellbinding lecturer and devoted undergraduate teacher.