Between Africa and America

In a January 2018 meeting, President Trump asked a bipartisan group of senators why the United States needed “all these people from shithole countries here?” According to credible sources, he referred specifically to immigrants from Haiti and African countries, contrasting them to those from European countries that he deemed more desirable. In the wake of those comments, it seemed Americans suddenly became aware of an African immigrant population. In 2020, there are more than 2 million Sub-Saharan African immigrants in the United States, joining the millions of African descendants long resident in the nation. Today’s Black population (about 13 percent of the overall population) reflects centuries-long engagement with Africa on the part of the United States. 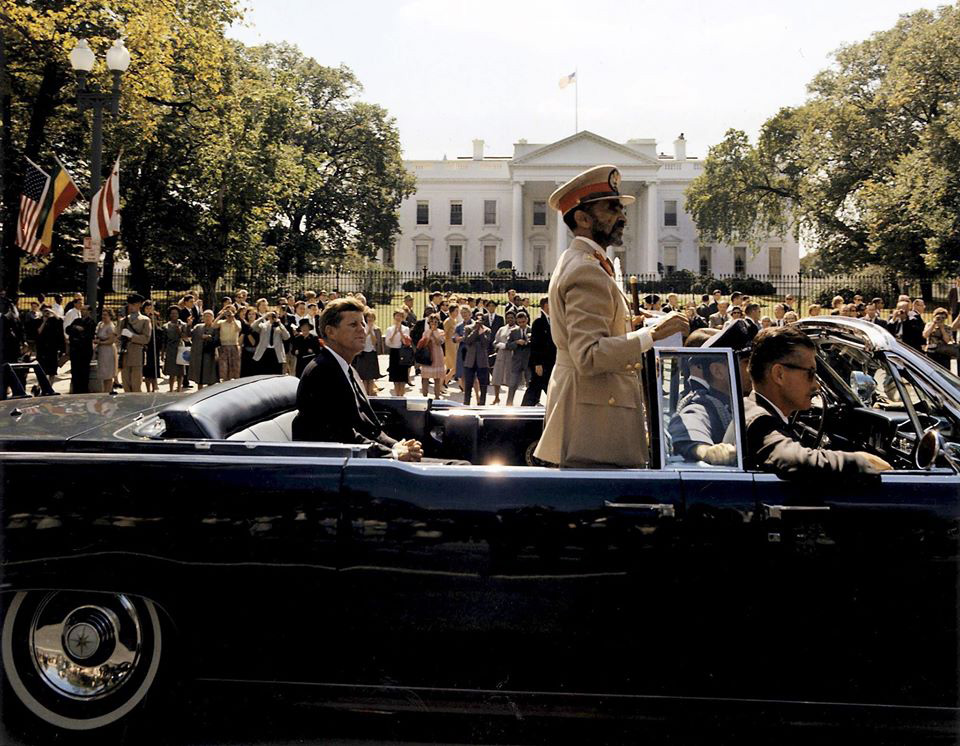 In the last 400 years, Africa has played an integral role in American life and history. Americans, Black and white, have developed various contradictory ideas about the continent. It is both a backward place and a source of identity, a place to keep at a distance and a place to embrace as an ancestral homeland. In recent years, the large African immigrant population in the United States has helped to shape ideas about the continent, recalibrating Black American identities, and engaging with the state in various ways.

Trump’s disparaging words were uttered in the context of ongoing debates about US immigration policies, including Deferred Action for Childhood Arrivals (DACA) and Temporary Protected Status (TPS)—both affecting African immigrants. The Black Alliance for Just Immigration estimates that only 12,000 DACA recipients are Black, although 1.2 million Black migrants are eligible. In 2017, the Department of Homeland Security terminated TPS for Guinea, Liberia, and Sierra Leone, all West African countries ravaged by the Ebola virus. Today, TPS only covers three African countries: Somalia, Sudan, and South Sudan. And African immigrants increasingly find themselves the target of immigration officials and anti-immigrant sentiment.

How do we put the administration’s decision to curtail TPS immigration and fight DACA in the historical context of US–Africa relations? First, we must understand that Black people in the United States have maintained their own relationships with Africa—dating back to the 17th century—despite official US policy regarding the continent. Second, since the early 19th century, white Americans, and a significant number of Black Americans, positioned Africa as a continent in need of “uplift,” “redemption,” or “saving.” This image has persisted for centuries, and Trump’s designation of African countries as “shitholes” extends the US tradition of white supremacist, anti-black racism that scorns Africa as the source of African Americans’ blackness, and often shame.

Why then does Africa matter to the United States? While this short piece cannot comprehensively illuminate all aspects of the relationship, we outline some of its contours, looking toward the 2020 election and this contemporary moment in ongoing anti-black racism.

What united these new African Americans was their unwavering critique of the anti-black racism that circumscribed their lives.

Many Americans understand the origins of the US–Africa relationship to be the transatlantic slave trade and the enslavement of men and women from Africa. The year 2019 marked the 400th anniversary of the landing of “20 odd Negroes” in Virginia. Their arrival in 1619 planted the seeds for future US–Africa relations cultivated in the history of transatlantic slave trading. Most American citizens know little about Africa outside of this context. Yet, the connection Black Americans maintained with the continent over time ensures that Africa remains in their consciousness. Those “African” women and men, disembarking the Dutch man-of-war that fateful day, became the ancestors (regardless of biological ties) of the millions of African Americans living in the United States today. They brought elements of Africa with them, allowing them to maintain a connection to their various homelands. Through the foods they ate, religions they practiced, hair they styled, or languages they spoke, these men and women had a sense of themselves as “African”—oftentimes retaining their ethnic identities.

By the 19th century, an increasingly American-born population of people of African descent created some cultural distance from Africa. While many maintained selected elements of African cultures and histories, these new “African Americans” rooted themselves firmly in the United States. As they moved away from their African pasts, they fought to be free and accepted as full citizens. Although some persisted in holding on to “African” as a way of defining themselves and their institutions (i.e., African Methodist Episcopal Church, African Civilization Society, etc.), others embraced their hybrid identities as African and American. They made claims upon the United States and engaged with the political realities of Black life. What united these new African Americans was their unwavering critique of the anti-black racism that circumscribed their lives. They understood that their African heritage positioned them as “inferior” in the eyes of the white citizenry and the US government, and they strove to undermine that label at every turn.

One way that African Americans refuted Black inferiority was by participating in efforts to “redeem” Africa, while simultaneously claiming space in the nation as citizens of African descent. Others left the United States to settle the colony of Liberia, in part to prove that they could govern themselves independent of white oversight. Those African Americans who settled in Sierra Leone believed that they would play a vital role in cultivating “civilization” in the colony. By 1822, the US had established trade with both Sierra Leone and Liberia and had opened consulates and commercial agencies in other parts of the continent. When nations opened to US trade, Christian missionaries followed. Throughout the 19th century, Black and white missionaries, subscribing to the idea of African religions as “pagan” and “savage,” saw the need to proselytize and spread Christianity across the continent. Black Americans, especially, saw it as their duty as Africa-descended people to take up this mantle. Many Black missionaries affiliated with Black churches and congregations preferred to see Africans lead their own churches, creating opportunities for them to study in the United States at Black colleges and universities. Some missionaries became enemies of colonial governments. Presbyterian missionary William Sheppard, for example, was instrumental in disclosing the violence that the “scramble for Africa”—the partitioning and colonization of the continent from 1876 to 1914 by European nations—wrought on Congolese peoples.

Today’s African immigrants, like their 19th-century predecessors, make claims on the United States, asserting their right to belong and participate as citizens.

Even as the United States adopted a policy of isolation in the wake of European imperialism in Africa, Black Americans continued their relationship with the continent well into the 20th century. The Black press actively reported on African issues, while Black activists championed the continent’s causes. In 1935, outraged when Italy invaded Ethiopia—one of two independent African nations—African Americans demanded that the United States intervene to support Emperor Haile Selassie. Black Americans continued to lobby on the continent’s behalf throughout the 20th century, even as they struggled for civil rights at home.

Some Black Americans, less interested in the continent itself, understood their historical ties to it. Indeed, some measured US–Africa relations in terms of how their government responded to its Black population. Throughout the 20th century, as African countries gained independence and the United States dealt with them as sovereign nations, Black Americans played a role in shaping US–Africa affairs, either as champions or as representatives of the US government in Africa. In the 1960s and 1970s, the United States paid special attention to specific regions on the continent for political, economic, and strategic reasons, while in the 1980s and 1990s, many Americans saw the continent largely as a place in need of help, as images of famine, genocide, and war filled television screens. The United States provided economic and military aid to Congo, South Africa, and Somalia over decades.

The growing diversity of the Black population to include both immigrants from Africa and African Americans is reshaping US–Africa relations today. In the last 30 years, a growing population of immigrants with direct ties to Africa has found it useful to press the government for more engagement and better foreign relations with their home countries. As they become citizens, their American-born children identify with, or are identified as, Black Americans, with all the complexities and challenges that label encompasses. This generation, while situated squarely in the United States, also takes an interest in individual African countries. Some of their concerns make their way into the national arena, keeping Africa on the United States’ agenda. Nonprofit organizations, homeland associations, and social network groups formed in the United States lobby on behalf of the continent. Today’s African immigrants, like their 19th-century predecessors, also make claims on the United States, asserting their right to belong and participate as citizens. American-born Africans run for and gain office in local and national races, and large segments of this population vote in elections. In 2019, Somali-born Ilhan Omar was elected as the first Black African to the US Congress. Others hold elected government positions and participate in civic organizations. They are part of a growing movement of Black Americans responding to the heightened anti-blackness of the last few years.

As we move toward a landmark election in which Black Americans are likely to play a decisive part, an imagined “Africa”—“shithole” to our current president and a source of pride to many citizens—remains as essential to American politics as it has been in the past.