Historian of Cemeteries and Landscapes and of Women and Gender 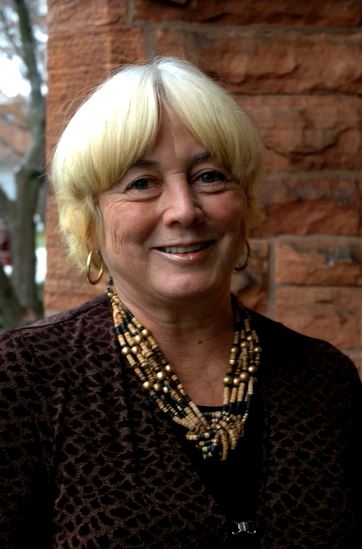 Blanche Linden died unexpectedly on July 31, 2014, in Fort Lauderdale, Florida, at the age of 68. She was a distinguished scholar of American history and culture and a former president of the New England American Studies Association.

Reviewers praised Silent City on a Hill as not only the definitive history of America’s first (1831) and most famous rural cemetery, but also as the definitive work on the nation’s rural cemetery movement overall. Blanche detailed the influence of English and French cemeteries on Mount Auburn and, in turn, of Mount Auburn’s influence on America’s urban public parks, including New York City’s Central Park. The book won the Historic Preservation Book Award and an American Society of Landscape Architects’ Merit Award. A much revised and expanded edition was published in 2007. Blanche’s interest in American cemeteries had emerged during her years in Cincinnati, and she eventually wrote Spring Grove: Celebrating 150 Years (1995) about the city’s own important rural cemetery, America’s 14th oldest, and one of the first with an arboretum.

Blanche’s other major historical field was women and gender. In 1993, she co-authored American Women in the 1960s: Changing the Future with Carol Hurd Green. A comprehensive study of women’s lives in that decade, the book covered topics including not only gender, class, race, ethnicity, and age, but also politics, work, business, higher education, health, family, religion, leisure, dress, and popular culture. The book’s principal conclusion was controversial: despite the decade’s many reforms and protests, very little had actually changed for most women. Some reviewers and readers, however, missed the other conclusion: that despite these disappointments, the 1970s did bring about more substantial improvements in American women’s lives and expectations. Hence the sometimes overlooked double meaning of the book’s subtitle: laying the groundwork in the 1960s for future decades.

Blanche was also a highly respected and enthusiastic teacher wherever she taught, including at Brandeis University, Middlebury College, the University of New Hampshire, Florida Atlantic University, and Emerson College in Boston. When Emerson’s president eliminated its excellent American studies unit and terminated Blanche and other tenured as well as untenured faculty, she moved to Florida, where she remained for the last two decades of her life. Her forced retirement did not, however, end her professional activities, not least her willingness to assist younger scholars as they followed her in elevating the study of cemeteries from an antiquarian into an intellectually rich and exciting enterprise.

Blanche is survived by a daughter and a son, their respective spouses, and four grandchildren. A moving memorial service was held in—appropriately—Mount Auburn Cemetery in October 2014.