The Digital Public Library of America and the NEH, a Partnership for the People

In 1822, James Madison wrote in a letter to the Kentucky politician W. T. Barry that “[a] popular government without popular information or the means of acquiring it is but a prologue to Farce or Tragedy or perhaps both.” Like many of the founders of the United States, Madison saw access to information as necessary for citizens in a democracy. Cultural organizations such as libraries, museums, archives, and historical societies play a part in educating the public and are fundamental to civic culture in the United States. But the role of our public cultural institutions is changing. The World Wide Web provides previously unimagined access to information for citizens and creates challenges for these institutions.

These changes also present real possibilities for a renewal of public culture. Those possibilities inspired the founders of the Digital Public Library of America (DPLA) when they met in Cambridge, Massachusetts, in 2010 to formulate a plan for the development of “an open, distributed network of comprehensive online resources that would draw on the nation’s living heritage from libraries, universities, archives, and museums in order to educate, inform, and empower everyone in current and future generations.” 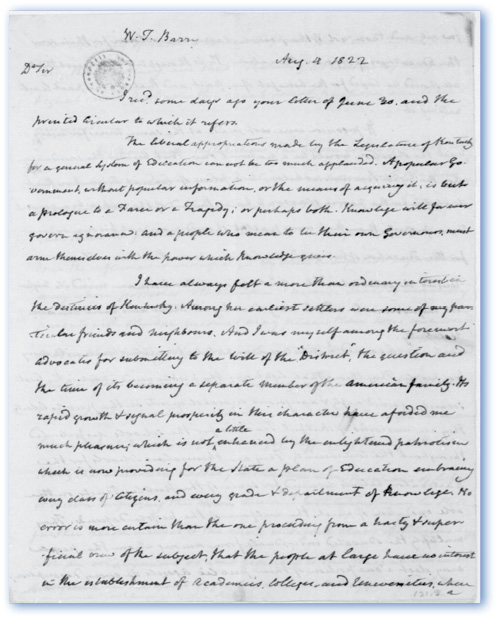 Dan Cohen, executive director of the DPLA, gave the keynote address at a July meeting of the National Council on the Humanities held at the new offices of the National Endowment for the Humanities (NEH) in the Constitution Center in Washington, DC. He spoke eloquently about the important work the DPLA is doing to bring together collections from across the nation into a single online space where they can be searched, viewed on a map or a time line, and even browsed on a virtual bookshelf. The DPLA provides access to millions of items from library, museum, and archive collections. As it works with national, regional, and state hubs responsible for gathering and providing access to content, it is building a virtual collection that has the potential to provide Americans with a better understanding of their history and culture and that will continue to grow and benefit increasing numbers of people. Bringing digital collections out of silos and into a single portal for discovery will be very useful to scholars, teachers, students, and the public.

Funding by the National Endowment for the Humanities helped make this initiative possible. Two years ago, the DPLA received a grant of $1 million from the NEH to help develop the project. NEH funding stimulated interest on the part of a number of private foundations, including such key humanities funders as the Alfred P. Sloan Foundation and the Andrew W. Mellon Foundation. Without that early boost from the NEH, the project would not have been able to generate a meaningful level of interest from these other key funders.

But NEH funding has done much more than just generate additional funding for the groundbreaking digital library. It has helped in the creation of what has already, in a few short years, become a valuable cultural resource that benefits scholarship, provides educators at all levels with resources, and enables broad public access to previously hidden and inaccessible resources.

This is just one of many examples of how the National Endowment for the Humanities has played a central role in educating the American people for a half century, through its support of teaching and learning, research, public programs, preservation, and the enhancement of access to humanities resources and scholarship. The Senate’s confirmation of William D. “Bro” Adams, retired president of Colby College, as the NEH’s new chairman, comes as the Endowment prepares to begin its sixth decade of leadership in fostering a vital and vibrant public culture.

In the letter mentioned above, Madison also wrote, “Knowledge will forever govern ignorance.” The NEH and the DPLA are powerful partners in giving people the power to obtain that knowledge.