Linnaeus Tripe, who served as a captain in the British Army and later served as a government photographer for the East India Company, captured architecture in India and Burma between 1854 and 1860. 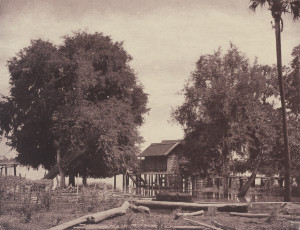 Most of the buildings he photographed were later demolished, moved, or altered. His photographs will be on display at the National Gallery of Art in Washington, DC, from September 21 to January 4.

Tripe learned to photograph in the 1850s, at a time when the British were interested in documenting the scenery, landscapes, and life in India. “By the early nineteenth century, as the East India Company turned from conqueror to ruler, the gathering of information became a critical element in maintaining its hegemony: the more it knew about India’s and Burma’s cultural and religious heritage, the more effectively it could govern and further the objectives of the British Empire,” writes Sarah Greenough, one of the three curators of the exhibit, in Captain Linnaeus Tripe: Photographer of India and Burma, 1852–60. 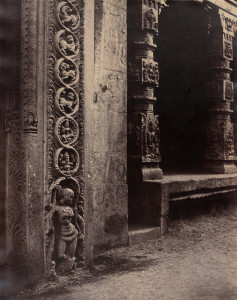 But for Tripe, photography was not only a way of documenting and collecting information, but also an art. He retouched his negatives to produce more striking and beautiful images by painting directly onto them.

“When Tripe took up photography in Devonport, England, in 1852, printing methods were in transition, with a gradual move away from the salted paper prints of the 1840s towards prints coated with albumen,” according to the exhibit catalogue. The albumen was made using egg whites.

The exhibit at the National Gallery focuses on Tripe’s photographs, but also contains a section contextualizing them and explaining photographic printing techniques from the 1850s. The last two photographs on exhibit are Claude Charnay’s Madagascan Woman and Her Children (an albumen print) and E. Jay Haynes’s Grand Canyon of the Yellowstone and Falls (also an albumen print).

After closing at the National Gallery, the photographs will be exhibited at the Metropolitan Museum of Art in New York and the Victoria and Albert Museum in London. 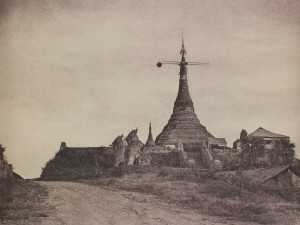