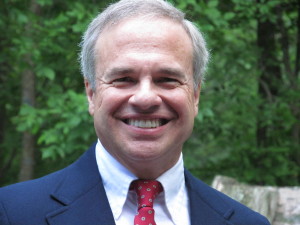 Peter Kizilos-Clift is a writer, historian, and vice chair of the Humphrey-Mondale Policy Fellows Alumni Board at the University of Minnesota’s Hubert H. Humphrey School of Public Affairs. As a volunteer in this position, he helps support the mission of the policy fellows program—to help identify and support an outstanding community of emerging leaders in the state of Minnesota. He lives in Shorewood, Minnesota—a western suburb of Minneapolis—and has been a member since 2012.

I first became interested in American history during the presidential campaign of 1972 (I memorized the names of all the presidents that year). In addition to the political drama of the campaign, I immensely enjoyed watching Alistair Cooke’s America, a 13-part documentary broadcast on public television in 1972–73. That series got me hooked for life!

I am currently writing a nonfiction trade book tentatively titled Lighting the Sky on Fire: The Race to Save Humanity from Self-Destruction after World War II. It interweaves the fascinating personal and professional biographies of five men committed to reconstructing hope for humanity in the aftermath of the Holocaust and the atomic bomb.

I now focus on my favorite part of history—telling the true, dramatic stories of individuals whose lives change the course of history.

One of my favorite books is The Metaphysical Club by Louis Menand. I especially love the way Menand connects broad historical themes with the biographies of the book’s main characters and their ideas, pulling back the curtain to reveal the individual human experiences that gave birth to their philosophies and values.

History is the realm where the infinite possibilities of the human condition are manifested. It always comes back to the stories we tell—the ways in which each of us both shapes and is shaped by the flow of time. I value history, not as a static study of “what happened” in the past, but as the narrative of our becoming. History, for me, is ultimately about the possibility of transformation, the kindling and rekindling of life’s eternal fire against overwhelming odds. I see the historian as an alchemist whose job it is to transform the leaden mass of “stuff” that happened in the past into the pure gold of insight and understanding.

My dissertation adviser at the University of Minnesota, Elaine Tyler May, encouraged me to join toward the end of graduate school. I’m very glad she did. As an independent scholar who operates outside academia, I use the American Historical Review to follow historiographical trends and stay on the cutting edge of the field of US history.

I enjoyed the wonderful opportunity to attend the AHA annual meeting held in Washington, DC, this past January. My favorite moment was the opportunity to ask a question about the role and responsibility of intellectual historians to the American people at a pivotal stage in our history.

I am passionate about encouraging people to believe they can make a difference in the world—that, just by living, each of us is making history every day. I am also dedicated to helping improve the quality of civic dialog and discussion in American politics. If we don’t restore some of the basic trust that democracy requires to function, nothing written in our nation’s great founding documents will save us from decline and despair.

The problems we face today—as individual human beings, a nation, and a global community—have many layers. Things are the way they are today because of what happened on countless yesterdays. The more conscious we can be of the forces that have shaped us, the better chance we have of creating a brighter tomorrow.