According to data published by the U.S. Department of Education in June, history degrees comprise a relatively small proportion of the total number of degrees conferred, and the field is significantly diminished from its standing 30 years ago.1 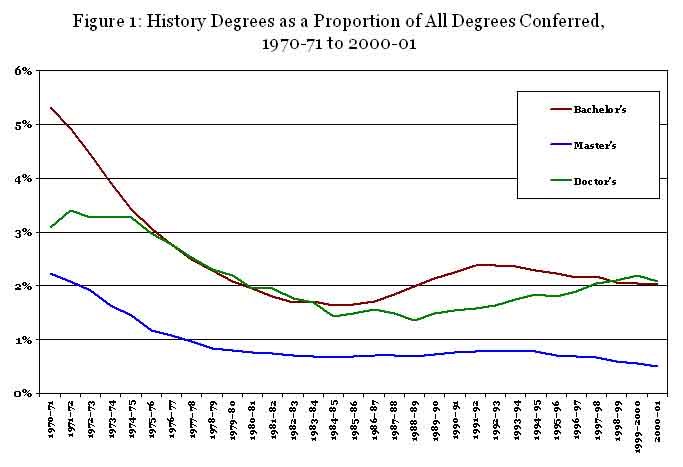 History appeared to enjoy a resurgence in the late 1980s, as the re-introduction of history requirements in the undergraduate curriculum drew more students into the classroom. History began to wane again in the mid-1990s, but we have noted a recent uptick in the number of history majors.2

Science fields like engineering, computer science, and psychology gained significantly in the 1970s and 1980s as fields like history, English languages and literature, and education all declined. Education degrees fell farther than any other field over the same period—declining from 21 percent to just 8.5 percent of the bachelor’s degrees conferred over a 30-year span. In comparison, bachelor’s degrees in English languages and literature fell from 7.7 percent to 4.1 percent over the same period. (Figure 2A) 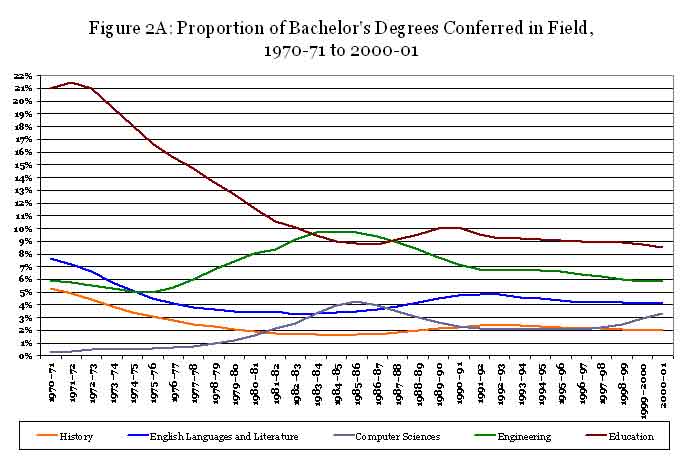 There was a marked difference at the master's degrees level. The number and proportion of history master's degrees also fell in the 1970s, but it never recovered. In 1970–71, history comprised 2.2 percent of all master's degrees, with 5,157 degrees conferred (Figure 2B). 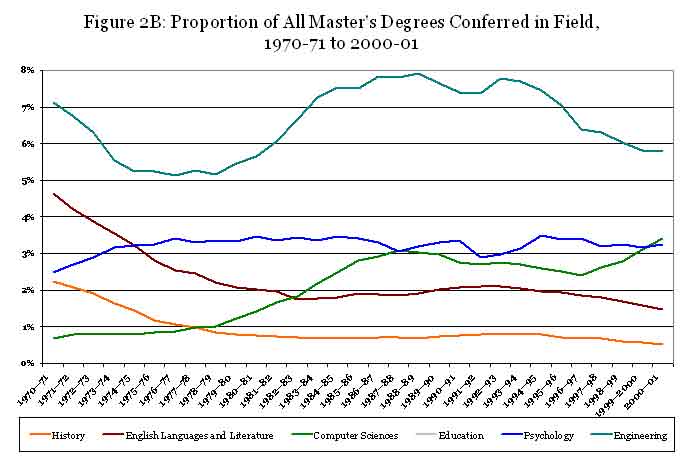 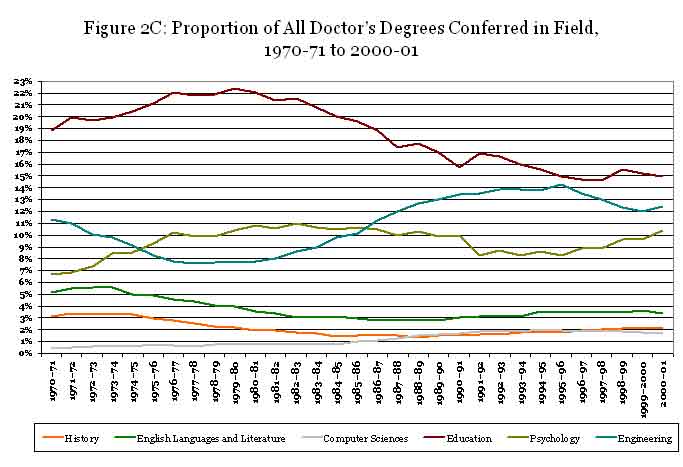 This contrasts with female majorities at the bachelors and master's level generally. Among all degrees granted, women accounted for 57 percent of the new bachelor's degrees, and 54 percent of the master's degrees conferred in 2000–01. In fields like English languages and literature, sociology, and anthropology, the representation of women is well over 60 percent among new degree recipients.

It is only in the distribution of new doctoral degrees that the history field is relatively close to the average. Women comprised 45 percent of all doctoral degree recipients. Fields like English, anthropology, and sociology have significantly higher representations of women—at over 58 percent. Fields like political science and economics are well below history, as less than a third of their new doctoral students are women.

Robert B. Townsend is AHA assistant director for research and publications.