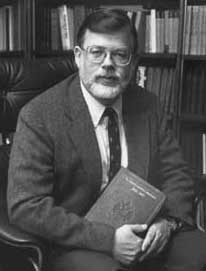 Early spring, 1965—Leningrad, U.S.S.R. A young American graduate student, from the University of Chicago on an IREX fellowship to prepare his dissertation, looked me up at my hotel. His thesis topic was the preparation of the emancipation of the serfs and the reforms of Alexander II. He was both fascinated and overwhelmed by the wealth of documentation in the archives, and his attention fastened on the personalities involved in the prehistory of the reforms. We chatted and discussed various aspects of his work; we obviously liked each other, for from then on my contacts with Bruce Lincoln never ceased.

Bruce let me see articles and chapter drafts and, judging from a letter he sent in his first year of teaching—at Memphis State University in 1966—I gave him harsh criticisms of an article he had prepared for submission to a journal. His main problem at the time, as I gather I wrote him, was a plodding style and factual (archival) overkill. In his reply he acknowledged that he, too, had been uneasy about this overkill, and he had decided to put the article aside until such time when he would feel more confident about his writing.

Obviously he worked hard and successfully at his writing skills, for some years later he burst into print, becoming one of the most articulate and productive historians of Russia among the post-World War II generation. His was a remarkable ability to present the results of archival research and unusually wide reading in clear and engaging fashion along with vivid descriptions of events and personalities. He displayed all these qualities in 1977 in his first important and highly successful book Nicholas I: Emperor and Autocrat of All the Russias. The book was also a historiographic landmark—the first "revisionist" study of a reign and ruler that had traditionally been branded, both at home and abroad, as reactionary and oppressive. Lincoln's revisionism was not of the destructive or deconstructionist type, rather it showed persuasively that far from having been only oppressive and brutal, populated by Gogol's grotesque characters, it had also been a time for dedicated and talented progressive officials, scientists, and scholars—not to speak of the Golden Age of modern Russian literature, and the stirrings of national art and music.

All of Bruce's succeeding work was characterized by intensive and far-ranging research in archives and libraries that provided the telling detail for his vivid depiction of events and judicious assessment of the actors in them. As time went on he turned to broader and broader themes: the Romanov dynasty; the drama of war, revolution, and civil war; the epic story of Siberia as the land of brutal exile and of freebooting social progress; the history of Russia's glorious, albeit ambiguous, accomplishments in all forms of artistic expression. At the time Bruce was struck by the cruel disease that rapidly led to his untimely death, he had just completed a history of St. Petersburg as the locus and symbol of Russia's participation in the history of the modern world. The book, Sunlight at Midnight, will be published posthumously in early 2001. Bruce was already mulling over the main ideas and approach for his next book—a summing up of his lifework on Russian history, a general history and interpretation for college students, and the general public. Alas, it is not to be.

When I think back on the three decades of our friendship, what strikes me about Bruce is not only his warmth and kindness, his keen and ironic judgments of people and events, or his American pragmatic common sense. It is rather his eager curiosity and openness to the world about him: he never ceased to expand his mental and cultural horizons. This accounts for his ever-deepening understanding of past and present, of politics and art, of Russia and the West (he and his wife, Mary, loved Rome and Paris and repeatedly explored these root centers of our civilization). He was one of the few Americans of his generation who never had any starry-eyed illusions or expectations about Russia, only sympathy for its people and a serious striving at understanding its predicament, both past and present.

Bruce was what is now called a "good citizen" of his institution and profession, a helpful and inspiring teacher, a loyal colleague, and friend. His presence is and will be missed by all, yet "wer für seine eigene Zeit gelebt, der hat gelebt für alle Zeiten" [he who has lived for his own times has lived for all time].