Star Trek: Voyager, the television show featuring a cadre of young Starfleet explorers grappling with some of the biggest problems in the universe, has become an invaluable tool in my high school world history classroom in Slovakia. Like many teachers, I have struggled to engage my students on complex historical concepts and processes that feel distant from their everyday lives. Using Star Trek, a series that excels at mobilizing content and ethical reflection by immersing students in captivating science fiction stories, I can introduce my students to what it means to think historically. 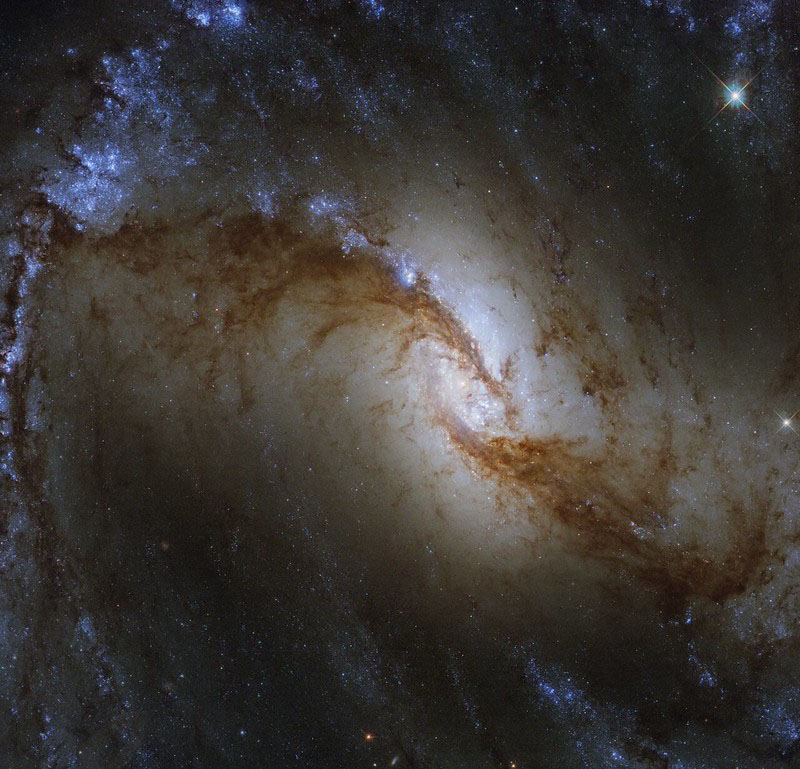 To go where no historian has gone before, Shane Markowitz uses Star Trek: Voyager's "Living Witness" in his classroom. ESA/Hubble & NASA, J. Lee and the PHANGS-HST Team/Flickr/CC BY 2.0

For the past several years, Voyager’s “Living Witness” (season 4, episode 23) has been a key part of the introductory week in my World History seminar. We watch the episode in class and discuss it together, touching on topics like historiography, including the notion that history is always subject to being rewritten based on the unearthing of new evidence, and the subjectivity of the historian, noticing how different actors interpret the same historical facts. The episode promotes the kind of “thinking like a historian” mindset that guides students throughout the course as we seek to develop a liberating narrative of the past.

The episode’s plot is ideal for teaching these concepts. The story is set in a museum exhibition during a period of bitter rivalry between two species called the Kyrians and Vaskans. At stake is the history of a skirmish from seven centuries prior that involved the two species and the Federation’s USS Voyager ship.

The museum, notably, exhibits a narrative of the past in which the Vaskans and the Voyager crew committed atrocities against the Kyrians, who are themselves depicted as heroes. Yet due to an incomplete historical record, this narrative is deeply flawed, erring on everything from the comically banal (e.g., the pronunciation of names) to the significant (e.g., the Voyager crew is depicted as belligerent and oppressive).

It falls on Voyager’s doctor, a medical hologram reactivated by the museum curator, to introduce new evidence to revise the account of the conflict. As the “living witness,” the doctor is able to substantiate his claims through artifacts that provide evidence that the Kyrians, not the Vaskans, were the aggressors.

The episode’s conclusion takes us even further into the future where we learn that this improved understanding of the past brought peace between the two species.

Star Trek: Voyager’s “Living Witness” has been a key part of my World History seminar.

With the episode raising a number of historical issues, I ask my students questions like “What sources would have been used to put together the story at the heart of the museum exhibition?” Students respond that the curators likely relied on testimonials, memoirs, and interviews with participants from the event and oral stories passed down for many generations. This provides an opportunity to introduce the concepts of primary and secondary sources and discuss the advantages and limitations of different pieces of evidence.

A question about the credibility of the medical hologram, meanwhile, sparks vibrant student discussion on the objectivity of artificial lifeforms. They note that while the doctor is perhaps programmed primarily with medical functions, he is, nonetheless, a product of Starfleet and his sentience could lead him to lie to protect his crew. The tangible example ultimately provides an effective hook for discussing biases embedded in different sources and the importance of corroboration in developing substantiated historical accounts.

“Living Witness,” furthermore, invites student discussion on the impact of stories, including how narration of the past can influence the ideas that people accept and the social practices that ensue. Students immediately highlight similarities to their own central European context and appreciate the escape the episode provides from overt narratives of nationalism, ethnic conflict, and minority exclusion in the region. Students note that history can be used as a vehicle for spurring conflict but also a tool for achieving justice and reconciliation by facilitating difficult conversations about past wrongs and their continuing legacies in the present.

As accompanying material, we view “The Danger of a Single Story,” a TED Talk by Nigerian writer Chimamanda Ngozi Adichie that picks up on this point. She points out that histories, like those told of the indigenous peoples of the United States, can be deployed to “dispossess and to malign” or to “empower and to humanize.” This is a perspective that my students return to when we discuss the Golden Age of Islam by connecting this oft-neglected history to misconceptions perpetuated in the present about Arab people and Muslims.

The Voyager episode sheds light on historiography and why it matters.

After engaging in these discussions at the start of the course, I have observed my students approach different historical events with an appreciation for primary and secondary sources, an understanding of the processes that go into drawing historical conclusions, an openness to multiple perspectives on an event, and the ability to evaluate those perspectives based on evidence. When students subsequently corroborate sources to make claims about the quality of democracy in ancient Greece, the “greatness” of Alexander of Macedon, or the motivations behind the Crusades, they come to note parallels and take a critical approach towards the arguments they make.

Compared to conventional historiography activities, my students respond well to being immersed into a powerful story that interrogates gaps in historical knowledge, causality, bias, truth, and reliability. Students consequently use the episode as a reference point when, for example, problematizing the historical accounts of Herodotus or discussing competing historical claims regarding the founding of Great Moravia.

Though “Living Witness” originally aired in 1998, the story remains engaging and relevant. The episode sheds light on historiography and why it matters. It provides an accessible and interactive hook for students to be introduced to and then apply historical methods, a process than can otherwise prove abstract and perplexing for some students.

This lesson, moreover, underscores the value of incorporating Star Trek and science fiction more generally into social science education. Stories like these encourage students to think about historical concepts in a context that is removed from our own politically polarized environments. Yet these stories are still familiar, enabling students to grapple with the dynamics of different political and social processes and employ this knowledge in their academic and everyday lives.

Shane Markowitz is the director of global education and a social studies educator at C. S. Lewis Bilingual High School in Bratislava, Slovakia. He tweets @ShaneMarkowitz.