Sara Scalenghe is an associate professor of history at Loyola University Maryland. She lives in Washington, DC, and has been a member since the early 2000s. 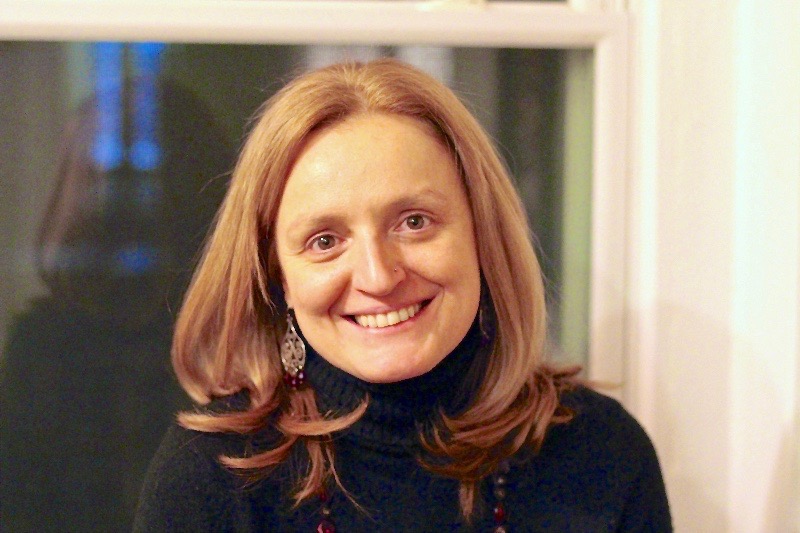 Sara Scalenghe is an associate professor of history at Loyola University Maryland.

Describe your career path. What led you to where you are today? I think what led me to where I am today is something that happened when I was 13 or 14. My grandfather used to rent a house in a small village deep in the mountains of northwestern Italy, near the border with France. We would spend our summers there to escape the heat and humidity of the big city (Torino). I was fond of taking long solitary hikes in the woods. One day I got lost and came upon a group of four or five abandoned miners’ houses near a talc mine. The scene before my eyes was eerie: shattered windows, broken doors, pieces of furniture, old tattered clothes, and personal effects scattered everywhere. There were also many documents, including personal letters written in WWII, birth, wedding, and military certificates, and photographs. I remember being almost mesmerized, wondering who these women and men were and what had compelled them to leave everything behind. I stuffed a plastic bag with those papers and ran back home to tell my family, breathlessly, of my discovery. They were unimpressed. But I did not care, because although I could not explain why, I had the distinct feeling that these miners’ stories were meaningful and ought to be preserved. Oddly enough, I did not take a formal history class until I was in graduate school, but the seed was planted that day.

I first became interested in the Middle East in my humanities-focused high school. For five years we studied European philosophy and Latin and Greek languages and literatures, but hardly any references were ever made to the influences and contributions of the cultures of the other side of the Mediterranean. I was suspicious and intrigued. I decided to do a BA in Arabic, and later added Persian. After living and studying in Egypt, Syria, and Tunisia, I applied for an MA in Arab studies at Georgetown University. At the time I was not at all thinking of pursuing a PhD and my plan was to look for a job with an NGO or a UN agency. It was only after I took my first class on women and gender in the Arab world with the amazing and inspiring Judith Tucker that I considered the possibility of an academic career. The result of taking that class was that I stayed at Georgetown to work on a PhD in Middle Eastern history.

I came to disability history late, well into the fieldwork for my dissertation, which was initially limited to medical discourses on the gendered body in Ottoman Syria. The sudden convergence of multiple factors, not least finding many references to people with disabilities in my sources, pushed me to expand my research into early modern Syrian notions of embodied difference to include deafness and muteness, blindness, madness, and intersex. Those were the early 2000s, when the number of scholars writing about the history of disability in the Middle East could literally be counted on the fingers of one hand. Having to lay the groundwork felt like a lonely and at times even insurmountable task. I came close to quitting more than once. I am so glad that I did not, and the outcome of that research is my first book, Disability in the Ottoman Arab World, 1500–1800 (Cambridge University Press, 2014).

What do you like the most about where you live and work? I live in Washington, DC, and work in Baltimore. I am one of DC’s most ardent cheerleaders. I find it beautiful, it is cosmopolitan, there are more museums and exhibits than you will ever have the time to visit (and most of them are free), and you can bike everywhere. Then there is the Library of Congress, of course.

Loyola University Maryland, a Jesuit institution, is a great place to work. I value the principles of Jesuit education and its emphasis on social justice. Many of our students are passionately engaged in bringing about social change and are a pleasure in the classroom. I can say in all honesty that my history department is wonderfully collegial, supportive, and often fun. It feels like a big (mostly functional!) family.

What projects are you currently working on? My biggest project right now is a book that picks up where Disability in the Ottoman Arab World, 1500–1800, left off, in the 19th century. It traces the development of ideas about and experiences of disability through the modernizing reforms and massive social, political, economic, and cultural changes of the late Ottoman period and of the French mandate period in Syria and Lebanon.

Have your interests evolved since graduation? If so, how? For the past decade I have been captivated by the history of emotions. I have come across lots of fantastic primary sources, especially for the early modern Arab-Islamic world, and I hope to start contributing to this rich historiographical field soon. Since graduation I have also developed a strong interest in the history of Italian colonialism in Libya.

What’s the most fascinating thing you’ve ever found at the archives or while doing research?Probably accounts of intersex in Ottoman Syria, which form the core of one of the chapters of my book.

Is there an article, book, movie, blog etc. that you could recommend to fellow AHA members?For the Middle East, I recommend Elliot Colla’s novel Baghdad Central, an absorbing crime thriller set in post-Saddam Hussein Iraq that is historically accurate. For disability history, check out the Disability History Association website at dishist.org!

What do you value most about the history discipline? As a historian of the Middle East in the 21st century United States, the most important part of my job is teaching. Jared Kushner could not be more wrong: We do need history lessons if we want to gain more than just a shallow understanding of the conflicts in which the US is involved in the Middle East. I teach about 150 students a year and I am fairly confident that by the end of the semester many of them have come to appreciate why the history discipline is so valuable.

Why is membership in the AHA important to you? To feel connected to the broader community of historians, to learn about new scholarship in other fields, to get practical tips about best teaching practices, for Perspectives, the AHR, and the many resources available on the AHA website.